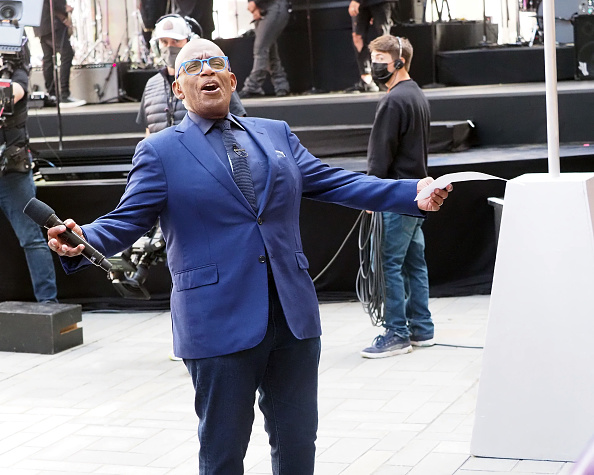 Al Roker to the Youths: 'Get Off My Hurricane-Soaked Lawns'

I’m a longtime fan of venerable weatherman Al Roker. He is a cancer survivor. He stood up for Ann Curry when she was fired from The Today Show. Also, one time back in the early days of his career, he delivered a devastating comeback to a racist local anchorman who had said to Roker, on the air, “I don’t know if you know this, but last night, one of ‘your people’ attacked me.’”

Roker was stunned into silence. “Time kind of stands still” after an objectively awful remark like that, Roker said. “And I wonder, do I go after him? Do I ignore him?

“So, I just looked at him, and I said, ‘Doug, why would a weatherman attack you?’”

He also recently had shoulder replacement surgery, and the man is 67 years old, not that it stopped him from reporting on the latest devastating hurricane out of New Orleans. If you were following hurricane coverage in New Orleans over the weekend, you probably caught a glimpse of Al Roker getting pummeled by waves.

A number of folks on social media took issue with Roker — at his age — being out in the midst of a hurricane, and criticized NBC for sending him into the teeth of an angry storm. To wit:

Someone in Risk Management at NBC is having a terrible Sunday morning.

Roker, however, wasn’t having it.

For all those who were worried about me out on #lakepontchartrain covering #Ida a) I volunteered to do this. Part of the job. b) My crew and I were safe and we are back at our hotel and c) for those who think I’m too old to to be doing this, try and keep up pic.twitter.com/DctJBFKD0D

In other words, f**k off, youngsters. Al’s got this. And to the kids out there, Roker also offers this: “Screw you. I will go after them. I will drop them like a bag of dirt.”

.@alroker has a message for those who think he’s too old to stand outside in a hurricane! #SundayShow pic.twitter.com/v2RD6xA7ku