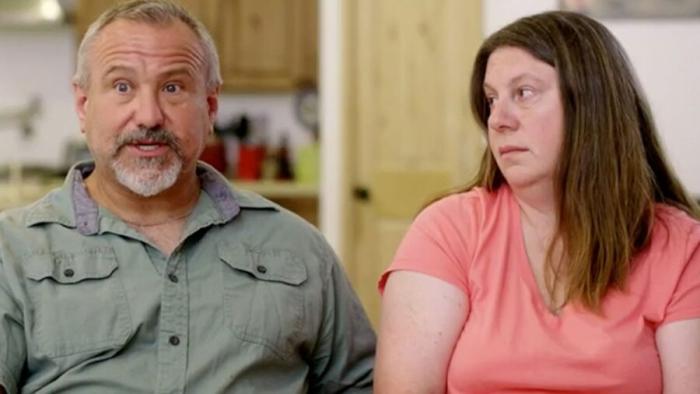 We’ve come a long way since 2000’s Who Wants to Marry a Multi-Millionaire?, the reality show widely condemned by those on both the left and right and named one of the Worst TV Shows of All Time. Marrying a multi-millionaire on the spot seems almost quaint today, where networks like TLC and A&E regularly churn out sketchy reality series featuring sketchy ideas and sketchy participants like, say, the Duggar family.

The latest to get the quick ax is A&E’s Adults Adopting Adults, which I didn’t even realize was a thing. It turns out, expectedly, that adults don’t always adopt other adults for the right reasons. To wit: The series has been following a 59-year-old from Ohio, Danny Huff, as he and his wife, Christy, have been trying to adopt Illeana, a pregnant 20-year-old woman, into their family. Christy Huff, apparently, is less excited about the prospect of a new family addition, and for good reason.

It turns out that this is not Huff’s first attempt to adopt an adult. During a previous attempt to adopt an 18-year-old, he developed feelings for his would-be adopted child, in what was described in a press release as “an inappropriate relationship.” Ew. Viewers also thought that the affection he showered on the 20-year-old prospective adoptee from Austria, whom Danny met online and brought to America, was also inappropriate.

Huff claims there was nothing inappropriate about his relationship with Illeana. A&E, however, quickly canceled the series after airing only three episodes, citing “low ratings.” Ahem. Note, too, that social media users also surfaced old posts by Huff where he used sexually suggestive and racially insensitive language, writing at one point that “racism is alive and well,” and it “comes from the Blacks.” Is that so?

The cancelation will not come as welcome news to Kevin Feucht. Feucht was adopted by Frédéric Prinz von Anhalt — the widower of Zsa Zsa Gabor — so that he could have an heir, but now that the show has been canceled, Prinz wants to reverse the adoption, saying he only did it for the show. According to TMZ, Prinz von Anhalt has not yet broken the news to Feucht. I suspect, however, that telling TMZ will serve as Feucht’s notice.