A Nagging Question About Season One Of 'The Mandalorian'

I rewatched The Mandalorian with my younger sister this past weekend. She is a mother of three who has judiciously decided that the Hulu, Disney+ and ESPN+ bundle isn’t worth thirteen beans a month. She does, however, think it’s worth it for me to pay that much, so she can periodically pop in, suck down my extensive collection of reasonably-priced Trader Joe’s wines, teach my kids how to swear in numerous languages, and catch up on the television that exists outside of whatever godawful Facebook pop culture K-Hole she lives in. I don’t ever bother asking her “have you watched X show” anymore,” because it’s a certainty that she hasn’t even heard of it.

She is a microbiologist. She spends her days in a lab coat, doing something called assays. I watch television.

We are not the same.

Her mind is wrapped up in ‘important’ things, and she relies on me to curate entertainment for her. It’s not difficult. I don’t have to pull out deep cuts. She’s never heard of The Expanse or Succession. She was certain that Killing Eve was a ska band. I showed her the cold open of Stumptown, season 1 episode 1 and she was giddy. She loves everything I show her, hard stop, no exceptions, and has since we were knee-high to a gumbush.

This past weekend, she attacked and ingested a wedge of brie like it did our mama dirty and binged The Mandalorian with me. It was pretty much the greatest thing she’s ever seen. In a mere matter of hours, she learned the words beskar, mudhorn, dropper, darksaber and e-web. When we ran out of key lime pie and Aranciata Rossa San Pellegrino to sate her, she told me to get her something to drink or she was going to “fuckin’ e-web me.”

She is, eternally, a bratty little sister.

I made her my current favorite cocktail, which is a bizarro combination of just two ingredients. It’s delightful if you like sweet, dessert-ish drinks. It’s one part Van Gogh Double Espresso vodka and a splash of So Delicious snickerdoodle-flavored gluten free dairy free oatmilk creamer. I call it a Double Koala. Or an Oatwheel. Or a Snickerslide. I can’t decide which one. Maybe you guys can help me choose the name because I’m stuck. 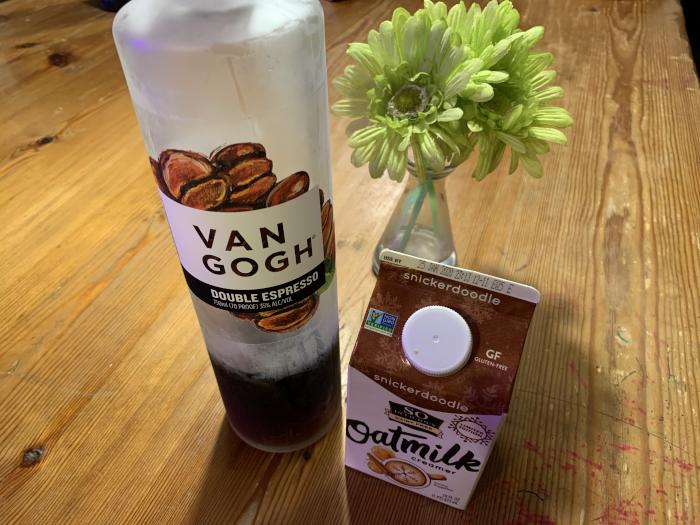 Anyway, she loved it.
And when we finished episode 8, after we marveled at Taika Waititi’s IG-11 nurse droid punching through the murderer’s row of shadow stormtroopers, after Giancarlo Giuseppe Alessandro Esposito’s Moff Gideon has carved his way out of his downed tie fighter, after the credits have rolled, I thought:

Huh. If Moff Gideon had tie fighters and e-webs and a battalion of stormies and all that good shit, why didn’t he just go get the little squirt himself in the first place?

Greef’s guildies weren’t exactly choir boys. If something was that valuable, why risk it? Why involve them at all?

A prize that Moff Gideon clearly rates as a target of considerable importance — enough to monologue about it — but he’s willing to shop the job out to vagabonds, thugs and marauders? Hmmm.

I mean, I adore this show. Far be it from me to poke holes in it, but this feels like the kind of thing that got missed in the writer’s room. Or perhaps someone will have a good explanation for me in the comments. But don’t come at me with “he wanted to do it on the DL” or “Werner Herzog didn’t have access to that kind of jing” or “a full-scale military operation would have alerted the authorities” or “Werner Herzog was an empire-adjacent outfit working in isolation trying to secure the target as a gift for the hot-ass Moff.”

Bullshit. If Herzog had his way, the little cutie would have been dead. The directive to bring him in alive was extremely optional. This was always Space Gus Fring’s jam. Gus Fring’s Space Jam. Or whatever. You get what I’m saying.

A few other things I noticed in my rewatch:

The Jedis are recounted among the Mandalorians as a race of ‘sorcerers.’ That’s a cool word choice. That’s exactly what they would have seemed like. I love shifting perspective like that.

It was a bold choice to make Pedro Pascal look that bad when his helmet came off. I was sure he’d look like Tom Selleck under there, but he looked like a delivery boy that got fired from Dominos for sticking his dick in the dough. It was the opposite of a beauty shot. I mean, damn. It’s hard to make someone that pretty that butt. Realism FTW. 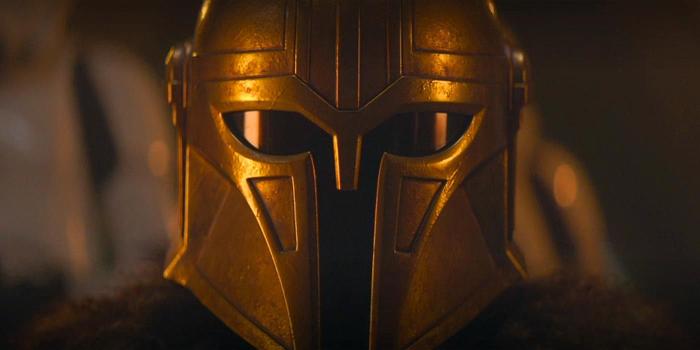 Lost in the galactic chatter about the transcendent cuteness of Baby Yoda is an appreciation of the most badass character. Emily Swallow’s ‘The Armorer’ is awesome. Din, IG, Greef and Cara are running for their goddamn lives and she’s just casually melting down the armor of her slain friends. Ho hum. No rush.

Then, later, she goes buck wild on a scouting party of troopers with only her armorer tools. Mui respect, and this coming from someone who grinded to Master Armorsmith in Star Wars Galaxies. I couldn’t do that shit. Using 18” hardened tongs to catch a stormy’s hand and aim their shot at another stormie? Then breaking their helmet apart with your hammer? That’s next fucking level, gurl. I checked out Etsy to see if you could get her helmet and oh yeah. There are like nine places. 3d printing is a gamechanger.

I got a pleasant, respectable chuckle out of the gag scene where the two scout bike troopers played by Adam Pally and Jason Sudeikis tried to shoot a can and kept missing. That’s some delicious inside baseball that worked, although my sister physically jumped every time they punched Baby Yoda.

Unfortunately, we have to wait until November-ish to see Mando and that adorable force wielder return. And some time after that, there will come a day when we’re not calling him Baby Yoda anymore. That’s wild. Do you also have lingering thoughts about the season? Blast them into the comments. And, as always, MTFBWY!

← A Quick Twitter Update On the Anti-Neoliberal Anti-Macron Protests Still Shaking France | Madison or Sophie? Why Is that Even a Mystery on 'This Is Us'? →