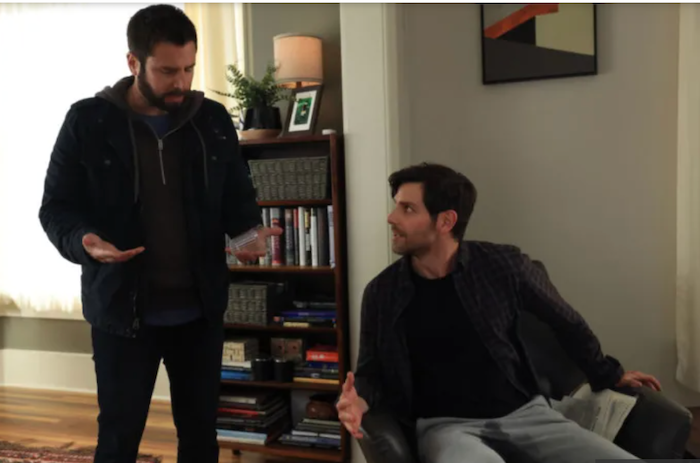 We here at Pajiba had such a great time “talking” to creator DJ Nash (no relation to Qualls or Tanner) about the season premiere last week that we thought we’d “interview” him again about this week’s episode, “Writings on the Wall.” Let’s get right into it.

Pajiba: So, Eddie peed his pants this week, huh?

Nash: Yes. Even though he’s paralyzed now from the waist down, he wanted to prove to Katherine and Theo that he could take care of himself. Unfortunately, he forgot to situate himself into his wheelchair before Theo and Katherine left for the day, and so he couldn’t get out of his regular chair, which is why he ended up peeing himself.

Pajiba: Pretty weird call, Nash. You don’t think Katherine would have double and triple checked to make sure that Eddie was OK before she left him alone for the first time since the accident?

Nash: Listen, man. We just needed a convenient excuse to have Gary’s girlfriend, Darcy, become the home healthcare aid for Eddie, because Darcy is still upset with Eddie for the way he treated Katherine. You remember, Darcy was the only shoulder that Katherine had to cry on during that entire ordeal?

Pajiba: Actually, I don’t remember that because Darcy was never a character until late in the second season — after Katherine and Eddie had reunited — and I think this is the first I knew about any of that.

Pajiba: So you had a character paralyzed from the waist down urinate himself?

Pajiba: Listen, I see what you’re doing here. Darcy hates Eddie, but being his home healthcare worker will bring them close together, and then Darcy is going to make a pass at Eddie, and Eddie — because he’s a new man who just renewed his vows and inexplicably urinated himself — is going to come clean to both Katherine and Gary, and then Gary is going to break up with Darcy right after Eddie regains his ability to walk again. I see through you, Nash!

Nash: To be honest, we hadn’t thought past next week’s episode because we don’t do a lot of planning (see, e.g., Darcy and Katherine being best friends revisionism), but that’s a solid idea. I mean, we have to break up Gary and Darcy at some point, because Gary and Maggie are the end game, so that may work!

Pajiba: I get that, but why can’t Maggie’s end game be with Jimmy from You’re the Worst? Chris Geere is a nice addition, and I like that Maggie has a type, which is dry, sarcastic, self-hating men. Jamie is basically just British Gary, and when Maggie is done in the UK, wouldn’t it be fun to put Jamie and Gary in the same room for a season or two?

Nash: What if viewers like Jamie more? Wouldn’t that pose a problem?

Pajiba: Why are you asking me? I’m not the showrunner. You are. I think that would present an opportunity! Chris Geere and James Roday on the same show would be amazing! Hell, get rid of the rest of the cast and turn it into the Gary and Jamie show! Do you know who else would make an amazing addition? Dule Hill. Delilah isn’t paired off at the moment. She and Dule would make a great couple! Delilah’s got nothing else going now, except apparently going on a trip to Paris with her father, who has Alzheimer’s, which sounds like a bad idea. Anyway, the point is, Gary and Dule’s character could have inside jokes about whether you having a paralyzed character urinate himself was a cheap shot! “Agree to disagree!”

Nash: Do you have a problem with that scene?

Pajiba: What gives you that idea?

Look, Nash. I’m not paralyzed, so I can’t speak to the scene personally, but I know people in wheelchairs, and there are a whole host of difficulties — including bathroom issues — that come with navigating one’s life in a wheelchair. I just thought it was kind of cheap to reduce the whole experience down to, “Ooops! I peed myself while my wife was away because I forgot to slip back into my wheelchair before my wife went to work and so I was stuck in a regular chair for eight hours without my phone because no one thought to build any guardrails into my system before leaving me alone in a wheelchair for the first time.”

Pajiba: ALSO, WHY IS THE LAUNDRY HAMPER OUTSIDE OF THE KITCHEN DOORWAY? Ahem.
So, what’s going on with Rome and Regina now? Is this friction between the two over whether to adopt going to continue all season long? Or is Rome going to sleep with that actress he hired to play the lead in his movie, because you know that’s a no-no, right? But as soon as she said, “I have to be home every night at 9 to be with my kid,” I knew what you were playing at. Rome’s gonna be attracted to his employee because she is single and has a kid, and he can envision plugging himself right into that family.

Nash: You may be reading too much into that?

Pajiba: Oh, my bad. I forgot. You are incapable of planting seeds that pay off in future episodes. You don’t think beyond the next scene, do you?

Pajiba: Yeah, that’s what I thought. So, I’m going to skip over the “tough love basketball game with the guy in the wheelchair” scene because I’m not up for that argument right now. Let’s talk about the season-long arc. Recall that Eddie may have been responsible for the death of his childhood friend, Alex, and in either respect, Alex’s father, the Pastor, holds Eddie accountable. The Pastor almost certainly is responsible for running Eddie over and leaving him paralyzed and infantilized by a goddamn network television showrunner, but he’s also been skulking around Eddie’s house. At the end of this episode, he knocks on the door, and I guess he expects the guy he paralyzed to answer the f**king door because he seemed surprised to see his kid, Theo. When Katherine got to the door, the Pastor says, “You’ve got a nice kid there. Make sure you enjoy every moment.” It sounded real creepy, and I’m not entirely sure if that was intentional or not, which is why you should have cast Jim Beaver for this obvious Jim Beaver role. I think you could do better than budget Jim Beaver. 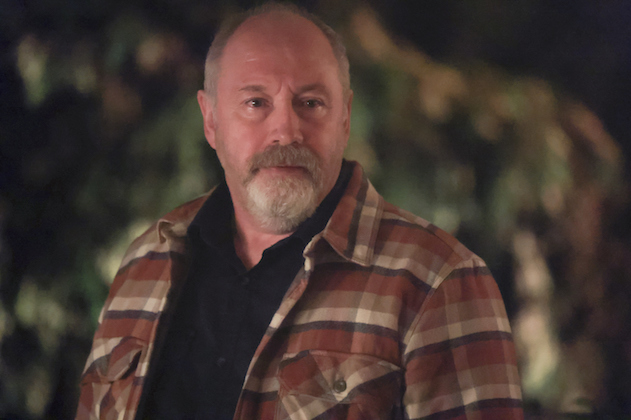 Besides, A Million Little Things is shot in Vancouver, and Beaver was up there for Supernatural, so I’m sure you could have made that happen.

Nash: We sent him the scripts, and he never got back to us.


← Review: Would Being Drunk All the Time Make You Happier? Mads Mikkelsen Finds Out in Another Round | Review: 'Freaky' Boldly Smashes Together Body-Swap Comedy And Slashers →