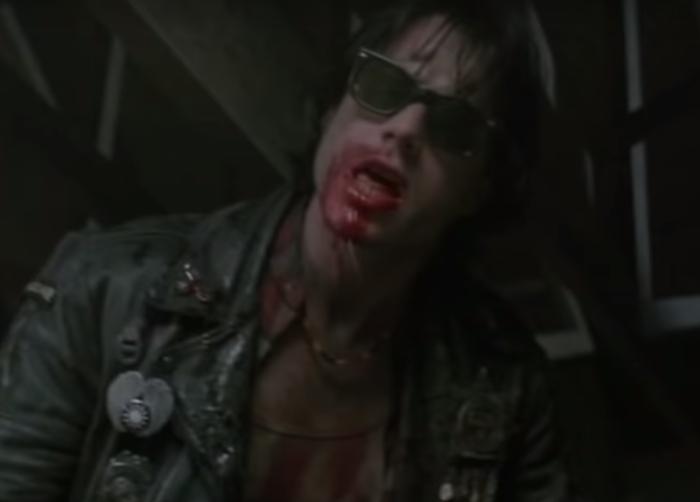 Why Can’t I Watch ‘Near Dark’? The Streaming Wars Are Boning Us

Friends, I have a ritual. Every month I check the streaming platforms I use to see if Near Dark is available that month. It never is. Amazon, my go-to, taunts me by displaying the following message: Our agreements with the content provider don’t allow purchases of this title at this time.

The streaming wars are boning us.

Earlier this year, Warner, in my estimation of a power move, blocked Amazon from renting or selling any of their digital properties for a period. How do I know this? I tried to watch Point Break, the best surfing/bank robbing movie of all time. I was met with the same, taunting message, as above. (They since untightened their vice-like grip, and I of course bought Point Break so that it will never go away from me again.)

Obviously Warner, and whoever owns the streaming rights to Near Dark, was and is banking on scarcity of their product driving demand for whatever streaming platform they plan to unveil in the future. These companies think we will all be so grateful to have these properties back that we’ll all jump at the chance to subscribe to whatever service they’re offering.

Friends, I hate the SaaS model that permeates our waking lives now. Remember the golden age of buying dumb games on the app store? Used to be that you bought Angry Birds, and you owned Angry Birds, allowing you to play as much (or as little) as you wanted. Then, Candy Crush came about and ruined our lives. They gave you a finite amount of lives, and then you had to pay more for the privilege of playing the game. Same goes for movies. Back in the day, you bought (or rented) a movie and that was that. As Netflix rose to prominence, people abandoned buying physical media, and as a result, more streaming services popped up. However, it was pretty easy to find what you wanted to watch during this time. Fast forward to 2019, and you can’t buy physical media for a lot of properties (looking at you, Near Dark) and you can’t stream them either, all because the gatekeepers are trying to make a quick buck at a future date.

In the meantime, all of us “cord cutters” who thought we were doing so great by getting rid of cable are no longer saving any money whatsoever.

Personally, I have Hulu (no-ads), Netflix (cheap non-HD subscription), Prime, HBO, Cinemax, Starz, and I pre-bought Disney+ for their 3-year, $4 a month deal because I love Star Wars and The Mandalorian looks super cool. All in, I pay about $75 a month for my streaming packages—which is almost on par with a basic cable subscription package. Who’s laughing now?

I will probably get Warner’s streaming service when it debuts because it’s basically the same cost as HBO—but that’s it. I’m done.

I really only watch 5 shows on these services, anyway, and whatever dumb ’90s action movie the movie channels I have are playing. The goal these media companies seemingly have is to get us to pay more, for less, when it comes to existing properties, and bulk out the offerings through original programming.

Let’s be really blunt here: the reason why streaming worked in the past is because it was a cheap, easy way to legally watch media you wanted to watch without having to jump through hoops. By splitting the properties people want to watch up, via multiple services, all that’s going to happen is that people are just going to turn to less than legal means of watching their stories. (That’s what people call watching Seinfeld re-runs, right? Watching their stories!?)

This whole thing is dumb. These business decisions are being made in a vacuum independent of how real humans behave. I’m not advocating anything, and as a rule, I will go without instead of going to some site that will install spyware on my computer in order to get my fix of whatever show or movie I want to watch—but dammit, if it’s not an appealing thought. I have searched for Near Dark, legally, for months. I get why anyone would say “stich that” and get the movie they want, the other way. That’s what happens when Business School Bros create an unnecessary scarcity problem just to line their pockets.

Ultimately though, it irritates me because we all know how this is going to pan out. Some of these new services will survive and thrive, but a lot of them won’t (and had no business launching in the first place.) When the dust settles, we’ll still have Amazon, Hulu, and Netflix, and presumably they’ll absorb some of these yet-to-launch services, and we’ll go back (hopefully) to how it was before: content you want to watch was readily available, meaning Near Dark can be found across multiple services. The way it was always meant to be.

← Review: 'Wrinkles The Clown' Seeks The Man Behind The Mask Of This Florida Bogeyman | Box Office Report: Sad Astra, Not Bad Astra →