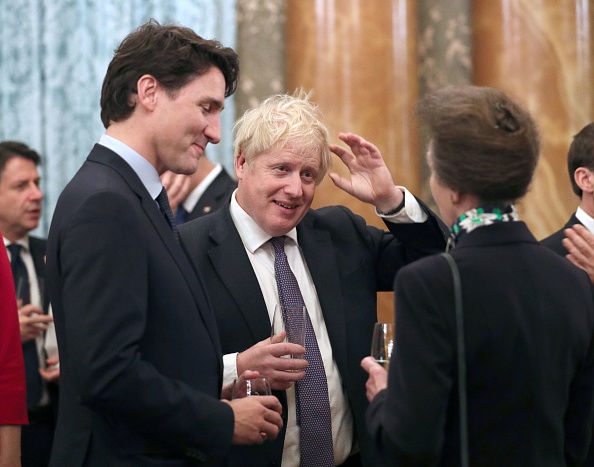 I have cut back on Trump coverage of late, although I haven’t been intentional about it. It’s just that on some days, I don’t see the point. Is there a single solitary reader of this site that does not believe that Trump should be impeached? Is there a single reader of this site who doesn’t understand the full scale of legal, moral, and ethical transgression committed by Donald Trump and the administration? There is not, and it thus feels on some days like I’m just adding to the infinite list of offenses committed by Trump. Is it going to change anyone’s mind? No. Is a Trump supporter gonna stumble by via a Google search, read something we wrote, and change their mind? No. Because Trump supporters are either too dangerously idiotic to believe anything that’s not delivered on Trump’s Twitter feed or Fox News, or too dangerously self-interested to care.

So, continuing to list the litany of offenses seems unproductive. Like, the Democrats are considering adding more charges to Trump’s Articles of Impeachment — bringing in Mueller’s obstruction charges — but why? Is it gonna change the mind of anyone in the Senate? No. Are Trump voters going to be persuaded? No. But if the Democrats bring 20 bulletproof articles and one weak charge, the GOP will exploit the weak one, sit on it, and make the entire goddamn impeachment proceeding about that one weak charge. Just take one charge, focus on it, and repeat the same line over and over and over — Trump illegally bribed another country — until it sticks. It’s what the Republicans do.

Anyway, that doesn’t mean I’m not going to cover Trump, because when there is schadenfreude involved? Oh, you’re damn right I’m going to. Any reason Trump gives us to point and laugh at the buffoon, I’m going to take. Like, for instance, yesterday at a NATO summit reception in Buckingham Palace, several world leaders — Canadian Prime Minister Justin Trudeau, British Prime Minister Boris Johnson, and French President Emmanuel Macron — got caught on a hot mic mocking Trump.

.@JustinTrudeau, @EmmanuelMacron, @BorisJohnson and other VIPs shared a few words at a Buckingham Palace reception Tuesday. No one mentions @realDonaldTrump by name, but they seem to be discussing his lengthy impromptu press conferences from earlier in the day. (Video: Host Pool) pic.twitter.com/dVgj48rpOP

The whole exchange has the feel of, “Can you believe this asshole? What a maroon!” And even Boris Johnson — himself a right-wing quack — laughs along. Basically, the world’s leaders are mean-girling Trump, and Trump has become exactly what he fears the most: a laughing stock. Even Princess Anna got in on the action.

Me: I wonder why Princess Anne is trending, I wonder if she passed, that would be sad….

Princess Anne and other world leaders (I'm absolutely here for it): pic.twitter.com/ao72exkSkD

This was a single moment caught on camera, but don’t think for a second that it’s isolated. I’m sure that Trudeau, Macron, and others call each other all the time to commiserate. “Did you see what that asshole did today? The f**k is wrong with him?” We all knew the world was laughing, but now there’s proof.

(Sidenote: I really wish we were in a position over here to properly make fun of the UK for voting to put Boris Johnson in power. We’re 40 percent racist buffoon and we have the Electoral College. What’s your excuse?)