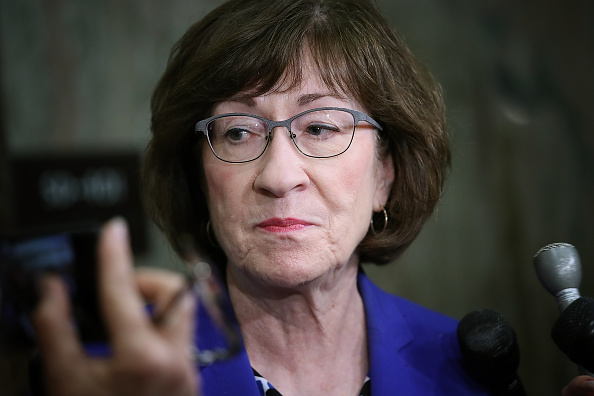 Why Susan Collins Managed to Win in Maine

As I am the only Mainer that many of you know, except for that townie in Coastal Maine you met that one time you came up here and vacationed with your parents, I keep getting blamed by out-of-staters for Susan Collins’ victory here today. Although to be fair, it’s mostly just Seth, who is staying with us and sitting across the table and pointing at me, “This is your fault!” It is not my fault! I swear! I do not control the votes of all of those people in Stephen King country, where not even Stephen King himself could convince them to vote for Sara Gideon.

Sara Gideon has conceded to Susan Collins, who wins a 5th term in the U.S. Senate. https://t.co/HUQ6eOCkPo

I thought I’d take a moment and explain to those of you who are interested why I think that Susan Collins managed to pull off a race where many believed that the Democrat Sara Gideon had a very good chance to win, and how Collins won so demonstrably. First off, the actual results — 51 to 42, last I looked — are a little skewed because of ranked-choice voting. A lot of progressives voted for Lisa Savage, and had Collins not reached 50 percent, almost all of Savage’s votes would have gone to Gideon in the first round of ranked-choice voting. So, if we voted like every other state in the nation, it probably would have been closer to 51-46. Still not that close, especially in relation to the polls, but not quite the blowout that it looks like.

But also, how did Susan Collins still win 51 percent in a state where Joe Biden soundly defeated Donald Trump, and where a Democrat Representative, Jared Golden, handily won reelection in even the conservative district of Maine?

Look: Like New Hampshire and Vermont, Maine is a rural state, but it’s New England rural, which means a lot of the rural folks in our states are Republican, but not deranged enough to vote for Trump. We like our Independents (Angus King, Bernie Sanders), and even the occasional Republican, like Phil Scott, in rural hippie Vermont (we also had a Trumpy Republican governor here in Maine for eight years, but that was only because a progressive and an independent split the vote, and we don’t have runoff elections). Based on some of the signs I have seen outside of Portland, our rural voters, it seems, are also really into the Second Amendment, and they think Joe Biden is gonna take away their guns (ha!), so that’s part of it, too.

And look: I voted for Gideon, and my wife and I contributed probably more money to her than we have any other candidate ever. However, the thing that my wife and I talk about that folks from outside of Maine probably don’t understand is that Susan Collins is terrible for the nation but she’s been very good for the state of Maine. By that, what I mean is: She’s often one of only two or three swingable votes in the Senate, so every time the Republicans ask for her vote on a close bill, she will extract a pound of flesh out of them and invest it back into the state. She probably brings more money to her state, per capita, than any other Senator in Congress. Remember the PPP program? That was Susan Collins, and if you were a Mainer and a $5 bill fell out of your pocket, you could get approved for a PPP loan in Maine (sadly, Seth and I made the mistake of registering Pajiba in California way back in the day, so we got Jack and Squat).

Meanwhile, all those votes that gained her so much hatred nationally? They didn’t actually matter in the final count, because the Republicans already had the votes (see e.g., Brett Kavanaugh), and Collins will do anything possible to avoid making a decisive vote. However, when it did count (overturning the ACA), Collins voted with Democrats. The only vote I can specifically remember Collins making that was decisive (and that I’ll never forgive her for) is the one to vote Betsy DeVos out of committee (even though Collins didn’t ultimately vote for her confirmation, because her vote was not necessary).

Susan Collins is a coward who has consistently refused to take a public stand against Donald Trump while also distancing herself from Donald Trump, but I think that a lot of people in Maine voted for her anyway because she has helped fund a lot of jobs, or because she kept those rural hospitals open, or because she got practically every small business in the state a PPP loan. I saw the other day that, since 2016, the economy in Maine is the second-best in the country. That wasn’t because of Trump, I guarantee you. It had a lot to do with Susan Collins, and so while my liberal ass can’t stand her — and wanted her gone almost as much as I wanted Donald Trump to lose — a lot of moderates and independents stuck with her because of how good she’s been for a state that would otherwise have to economically subsist on our 10-week summer tourism season. It’s because every time that Susan Collins wrote a meaningless sternly worded letter, the Republicans would tell her to be quiet and send her a check for $30 million that she’d re-invest in the state. She sucks, but she is also the last moderate Republican in the Senate. Ultimately, that makes Collins one of the most powerful Senators in the nation.

That’s my local take, anyway. Pork matters. I’m sure the nasty ads that Republican PACs ran suggesting that Sara Gideon protected a pedophile in the State House didn’t help in Stephen King/QAnon country, either. Gideon is a spectacular candidate, though, and when Collins eventually retires, Gideon will probably be able to take her seat. That will be great for the nation. It might not be as great for the state of Maine.

← 'The Mandalorian' Returns, Some 'Supernatural', And More On Podjiba! | An Incomplete List Of Those TikTok Songs Stuck In Your Head (With Complete Tracks!) →