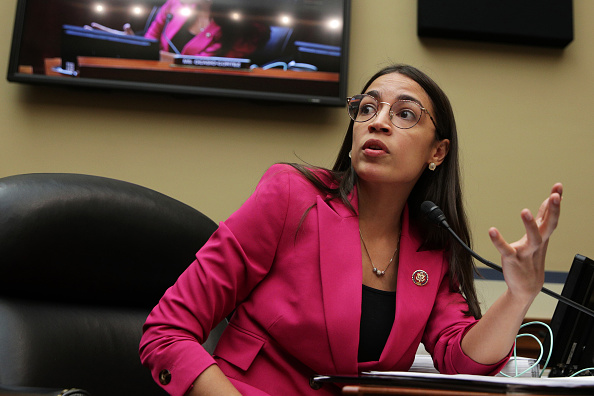 Down on the border, we currently have what I would charitably call a sh*tshow. If you haven’t seen the images, they look like this: 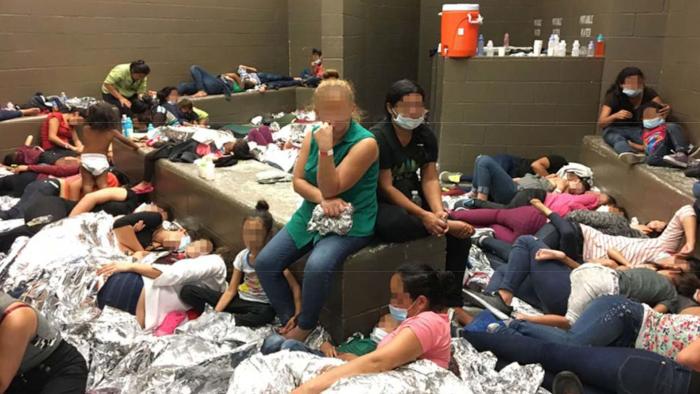 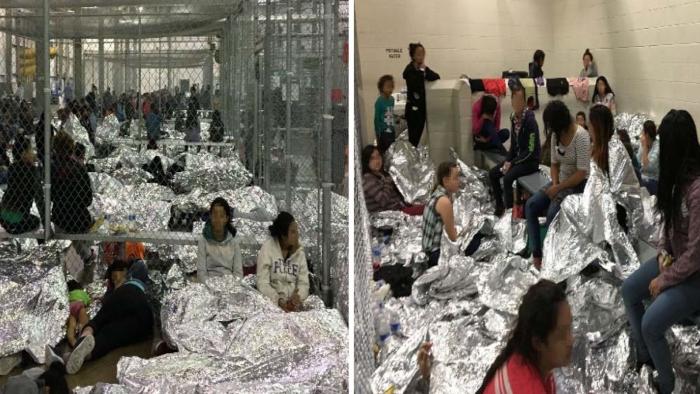 This moment captures what it’s like for women in CBP custody to share a cramped cell—some held for 50 days—for them to be denied showers for up to 15 days and life-saving medication. For some, it also means being separated from their children. This is El Paso Border Station #1. pic.twitter.com/OmCAlGxDt8

They’re basically being held in overnight cells for weeks or months at a time, children are being taken away from their parents, and women without access to water are being told to drink from toilets.

I haven't seen photo of the Clint, TX facilities that @AOC described today, but it would be interesting if "drinking from the toilet" meant drinking from an attached sink marked "potable water" — like this image from a CBP holding facility in Tuscon (filed in federal court). pic.twitter.com/uDbhy1GPOa

You get the idea. It’s bleak. And Alexandria Ocasio-Cortez has called a lot of attention to the horrible conditions. In exchange, DHS agents — in a private Facebook group — are posting racist and sexist memes, spectacularly heinous stuff, often about Ocasio-Cortez herself (including a meme in which AOC is being sexually assaulted by Donald Trump). It is spectacularly heinous stuff. 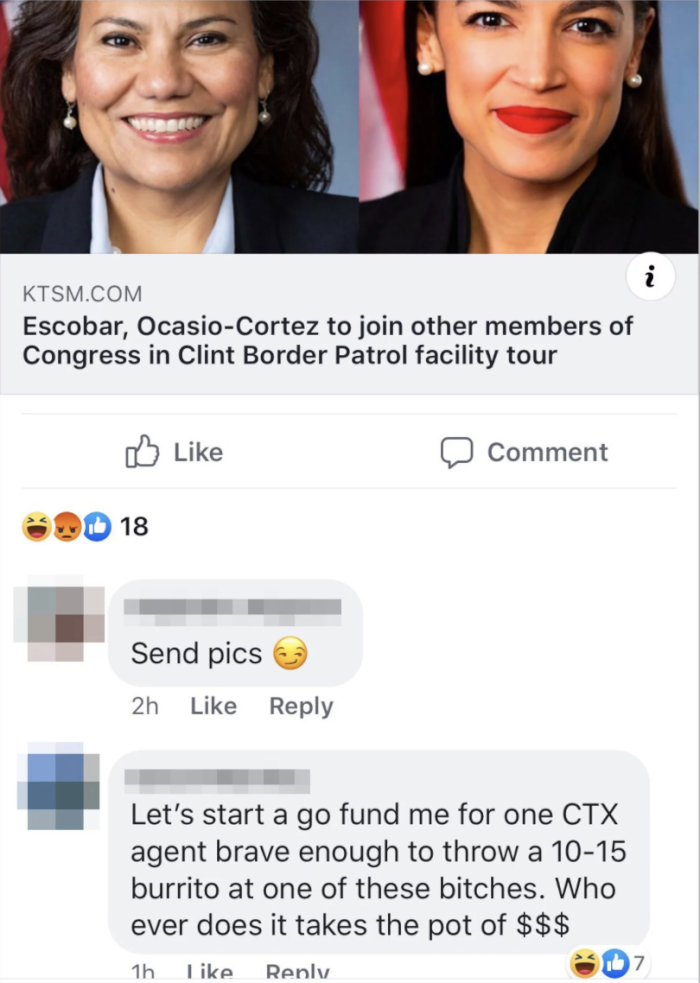 Meanwhile, Congress just passed — with the help of a lot of weak-willed Democrats — a funding bill providing $4.5 billion to help the efforts at the border, including $1.3 billion allotted to Customs and Border Patrol to “improve the conditions in border facilities, expand medical care, and provide better access to essential items like clothing, hygiene products and baby formula.”

Not bad, right? Why didn’t AOC vote for it? Well, because there were very few restrictions put on how the money would be alotted, which means that people like those in the private Facebook group — who called dead migrant children “clean floaters” and noted, in seeing a dead body being carried in a plastic bag “at least it’s already in a trash bag” — the right to make some of the decisions over migrants for whom they have zero empathy and of whom they think as trash.

So, when Kellyanne Conway called out AOC for not voting on the bill, AOC had some choice words for Conway, who bailed on a House Oversight Committee meeting after the Office of Special Counsel recommended that Conway be fired for multiple Hatch Act violations.

How many migrant women did @AOC help by voting AGAINST the $4.6 billion bipartisan humanitarian aid that is FOR THEM?

(She even voted against the Democrat aid package).

All talk, no dollars. https://t.co/kwNEFwSFNR

The $4.6 billion wasn’t humanitarian at all. It had NO accountability measures for facilities that abuse children and families. It didn’t fix the problem, just funded abuse.

I don’t believe in billion dollar blank checks for unethical, abusive administrations. Including yours. https://t.co/IzWJKWUxaN

Are CBP officers waking up women in the middle of sleep a “funding” problem?

Is threatening violence on members of Congress a “funding” problem?

No, it’s not. It’s a far deeper, systemic, more violent problem than that.

Also @KellyannePolls, maybe you actually do your job and show up to a Congressional hearing next time you want to talk to me.

After all you, you ran away and skipped out on Oversight committee last week, just to call into Fox and Friends instead. 🤷🏽‍♀️ https://t.co/IzWJKWUxaN

Conway hasn’t responded to AOC, although knowing Conway’s history, my guess is that her response would be something along the lines of, “It’s not very feminist of AOC to attack another woman,” because that’s Conway’s default when she gets shut down on the merits.


← 'Am I the A**hole For Trying To Contact My Husband?' No. No, You Are Not. | But Can They Sing? The Best and Worst of Actors Who Decided They Wanted Music Careers →