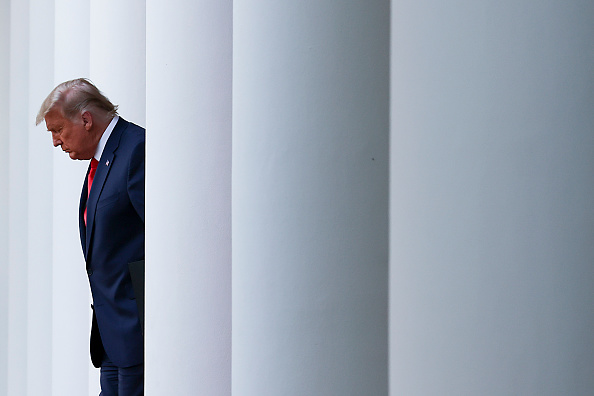 We Don't Want to Hear 'It's Not Going to Work' Anymore

Today, Donald Trump is meeting with two GOP state legislators in Michigan in an attempt to convince them to not certify the votes on an election that Joe Biden won by 157,000 votes. There is no basis for this. There are no credible accusations of fraud. It was not a close race. And we are repeatedly told that this will not work. Here, again, from the NYTimes:

Bob Bauer, a senior adviser to Mr. Biden and a longtime election lawyer, said there was no legal means by which Republicans in Michigan could cast aside a duly held election without violating the voting rights of the state’s entire electorate. “They cannot change the outcome after the fact,” he said.

Still, he acknowledged, Mr. Trump could try, and it could create “a disgraceful spectacle.”

Over on Axios, they say it’s not going to work, either, and not even Javanka thinks it will.

Most of President Trump’s closest advisers have completely distanced themselves from his legal effort and are avoiding his lawyers to avoid being swept into their courtroom dramas. Some of the president’s advisers act like they think he can still overturn the election results — because they remain on the payroll and don’t have another choice. But talk to them privately, and many say Rudy Giuliani and his team are on a dead-end path.

The true believers are Giuliani and his sidekicks — Jenna Ellis and Sidney Powell — and not many others. Even Jared and Ivanka think this is going nowhere.

In fact, Axios is even finding a positive spin in all of this chaos:

President Trump’s frantic post-election challenges are having the opposite effect of what he intended: He’s documenting his demise through a series of court fights and recounts showing Joe Biden’s victory to be all the more obvious and unassailable.

CNN, meanwhile, reports that Trump basically knows that he’s lost, but maybe he’s just doing this to troll the Democrats.

Trump’s aims seem scattershot. He has told some allies that he knows he lost. But he has also admitted to at least one interlocutor that he is delaying the transition process — and aggressively trying to sow doubt in the election — as retribution for Democrats who questioned the legitimacy of his own election in 2016.

In fact, at this point, it’s not just Fox News that is debunking Trump’s claims, it’s Tucker Carlson.

The Post not only tells us that this gambit will fail, but actually explains why (thank you, WashPo):

The president’s allies have said that if the board deadlocks, the legislature could choose to ignore Biden’s popular-vote win and seat Trump electors. But experts say such a move would be on shaky legal ground. And multiple election lawyers have said that scenario is unlikely for several reasons. Gov. Gretchen Whitmer, a Democrat, has the power to fire members of the canvassing board and appoint interim replacements without legislative approval. And Democrats are highly likely to file suit in the event the board deadlocks, because state law directs the board to follow the popular vote in its decision to certify.

And yet for all of these outlets assuring us that this will not work — the same outlets that basically told us in 2016 that Trump would not win — the President has managed to drag this out for much longer than anyone possibly could have imagined, despite losing 31 legal cases, so far. It’s been 17 days since the election — and 13 days since Biden was officially declared the victor — and still Emily Murphy at the GSA has not approved the transition. Trump is still calling up elected officials and trying to get them to overturn the will of the people, and besides Michigan, he’s asking if there are officials in other states he can talk to and perhaps convince to overturn the results. He’s not quitting, and no one is trying to make him. He’s a feeble, 75-year-old barely coherent, deranged lame duck President, and people are still scared of that motherf**ker.

All I’m saying is, in any other race where the guy loses by 6 million votes and in a landslide in the Electoral College, the GSA would have approved of the transition two weeks ago, and Rudy Giuliani wouldn’t be standing in front of scores of reporters with hair dye dripping down his face making up wild sh*t and acting out My Cousin Vinnie and given literally millions of Trump supporters false hope. Or at least, let’s hope it’s false.

Trump has lost. Someone needs to convince him of that so he will stop trying to overturn the goddamn election. And if you think I’m being alarmist, it’s because I am being alarmist. We should all be alarmist right now. It’s that very alarmism that prevented Wayne County from blocking certification in Michigan, and that probably helped to prevent Lindsey Graham from throwing out votes in Georgia. We’re not to the “take to the streets and stomp on some necks” stage of this coup, but put your damn boots on in case we need to get out the door real quick.

I don't think that Trump's coup is going to succeed.

But I do think this state of hyper alertness that we are all in, where we're constantly yelling at other people for not being vigilant enough against the risk of fascism, is exactly the right level of panic right now.