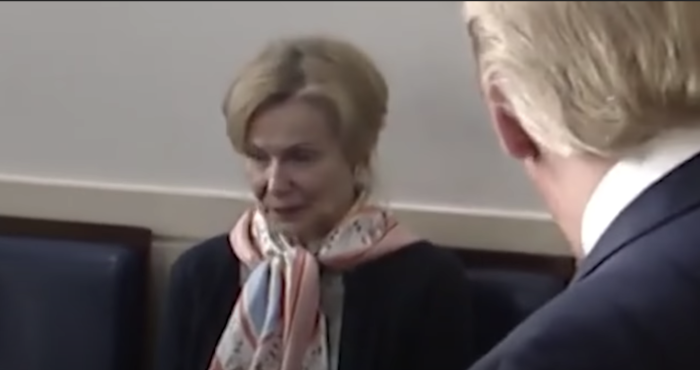 — The President had a busy weekend on Twitter, raging in now-deleted tweets about how journalists should have their “Noble” prizes taken away.

Trump deleted his tweets about the "Noble" prize, despite defending them as "sarcasm." pic.twitter.com/dPGSdMSdRh

— It’s the second time in the last few days that he’s tried to claim he was being sarcastic after making boneheaded statements. At the end of last week, he claimed he was being sarcastic when he said that we should inject bleach into our bodies to defeat the virus. Currently, the only thing that Trump does all day is give two-hour press briefings and then spend the rest of the day watching cable news to see how he did while stewing over the response and angrily eating cheeseburgers and drinking Diet Coke. Even Fox News could not defend the disinfectant advice and Trump was livid.

.@FoxNews just doesn’t get what’s happening! They are being fed Democrat talking points, and they play them without hesitation or research. They forgot that Fake News @CNN & MSDNC wouldn’t let @FoxNews participate, even a little bit, in the poor ratings Democrat Debates…..

….Even the Radical Left Do Nothing Democrats laughed at the Fox suggestion. No respect for the people running @FoxNews. But Fox keeps on plugging to try and become politically correct. They put RINO Paul Ryan on their Board. They hire “debate questions to Crooked Hillary”….

….fraud @donnabrazile (and others who are even worse). Chris Wallace is nastier to Republicans than even Deface the Nation or Sleepy Eyes. The people who are watching @FoxNews, in record numbers (thank you President Trump), are angry. They want an alternative now. So do I!

Over the weekend, Trump threatened to take his ball and go home by no longer attending the press briefings. This would actually be to his benefit, but I seriously doubt Trump can avoid the lure of a camera for more than half a week, tops.

There has never been, in the history of our Country, a more vicious or hostile Lamestream Media than there is right now, even in the midst of a National Emergency, the Invisible Enemy!

— This is genuinely the most terrifying thing about Trump right now, though: His hostility toward Democratically-controlled cities, i.e., where most people of color live, where the virus is most dangerous, and where most of the nation’s economy resides. Trump is determined to turn a public health crisis into a culture war, and I don’t know anyone who has the appetite for that. He is supposed to be the President for the entire country.

Why should the people and taxpayers of America be bailing out poorly run states (like Illinois, as example) and cities, in all cases Democrat run and managed, when most of the other states are not looking for bailout help? I am open to discussing anything, but just asking?

— Similarly, a Virginia preacher who went to Mardi Gras saying “God can heal anything,” has passed away because of the virus. Maybe it makes me a neoliberal or a centrist monster or whatever, but I also find the reaction from some liberals over someone’s death to be very disturbing:

Jean received caustic messages from strangers on social media about her husband’s politics. Her children, who managed their father’s Facebook pages, received notifications for every new piece of vitriolic commentary.

“The thing that blew my mind is that people would laugh at it,” said his daughter Jesse Spradlin, 29. “People would literally just leave comments that say, ‘Ha ha ha ha ha, I’m glad he got what he deserved.’ “

Others who downplayed the coronavirus have also been vilified after dying from covid-19. Last week, the family of an Ohio victim who had criticized social distancing measures before contracting the virus canceled the live stream of his funeral after a torrent of online abuse.

“I don’t care who you are,” Jesse said. “I don’t understand finding joy in a family’s sorrow.”

I do not believe in the death penalty, so I am certainly not going to dance on anyone’s grave, no matter how misguided their beliefs. This is happening a lot in religious circles, and not just evangelicals, either, but Orthodox Jews, and it pains me to see people suggest that death is karma. None of this is about karma. Old people dying, public transportation workers dying, frontline medical workers dying — that is not karma. It is a disease, and it doesn’t care if you ran from it or dared it. It will take you all the same.

— Finally, Everybody Loves Raymond creator Phil Rosenthal created this video for The Atlantic, which captures the many faces of the disbelieving experts and other officials standing behind Trump as he speaks. I’ll start it here at the 2:00 mark, as it pertains to the current pandemic. Watch the reactions of Dr. Fauci and, especially, Dr. Birx.