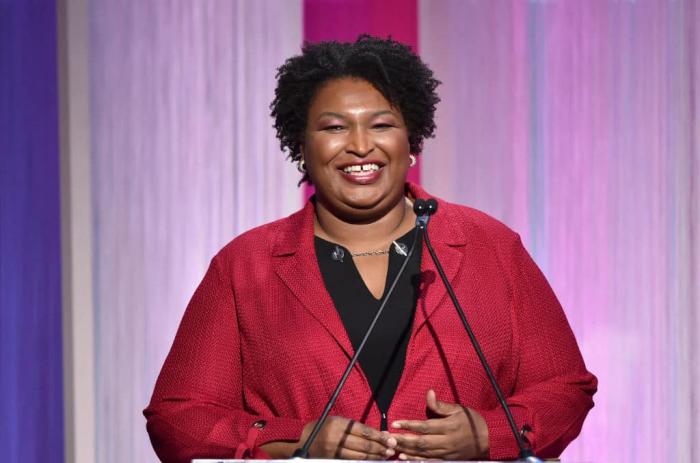 Stacey Abrams has been one of the true singular forces of modern American democracy. She has spent the past few years fighting voter suppression and working to turn Georgia blue, something that many Democrats dismissed as an impossible vanity project.

Frankly, there’s nothing we can really do to fully convey our gratitude to Abrams, the work she has done, and the work she will continue to do. However, if you want to give your thanks to Abrams in a small but super-fun way, let me introduce you to her alter-ego, Selena Montgomery.

During her time as a student as Yale Law School, Abrams published her first romance novel. She immediately won over a slew of fans and has, according to the author herself, sold more than 100,000 copies of her novels. Abrams also publishes articles frequently on matters of public policy and has written books on her political work, but if that’s too dry for you, go right for the romance! Look, we all need some fun sexy-time escapism right now. It’s been a tough few years, OK?! You deserve some happiness.

Start with Hidden Sins, a steamy read featuring a small-time scam artist, a sexy forensic anthropologist, some murder drama, and love! Follow that up with Reckless, which features hot lawyers in Atlanta. You can find all her books on Amazon or wherever you get your ebooks from.

Not a romance fan? Abrams still has you covered, because next May, she’s got a political thriller coming out! While Justice Sleeps tells the tense tale of a young law clerk for a Supreme Court Justice and the political wrangling she becomes entwined in when her boss slips into a coma and a dangerous conspiracy comes to light.

Romances are all about happy ever afters, and frankly, this feels like a good one right now.

← Disney Removes 'Death on the Nile' and 'Free Guy' From Calendar; Company Makes Major Layoffs | And Now, a Fusillade of Cuteness For You In Case You Need It →