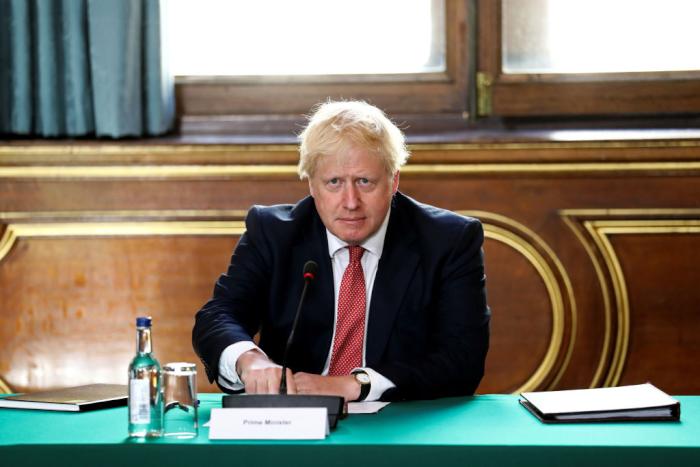 The Intelligence and Security Committee’s report into alleged Russian interference in the UK’s democratic processes was finally released this morning, after months of desperate delaying from the government — delays which make sense now that we can see the report.

Boris Johnson delayed the publication of the report back in Autumn 2019, because by a wild coincidence, there was a General Election in December that he was keen to win. More recently, he has been attempting to control the ISC by parachuting in Chris ‘failing upwards’ Grayling, and attempting to break the rules of the committee in order to make Grayling the chair. It didn’t work.

And so, via a press conference this morning, this happened:

ISC #RussiaReport in effect puts UK Security services and Cameron, May & Johnson in the dock for turning a blind eye to Russian interference from 2014 on.

#RussiaReport:
In 2016, the government already had evidence of Russian interference in the Scottish Independence referendum, and the DNC Hack in America, so they had every reason to suspect there would have been interference in Brexit…
So it's "shocking" they chose not to look. pic.twitter.com/2d9URcEQxk

WHOAH!! So much for no smoking gun. The #RussiaReport is utterly damning about the failure of the intelligence services to protect our democratic processes.

'In response for our written request for evidence, MI5 provided just 6 lines of text' pic.twitter.com/SplYfMOtrN

So they didn't investigate alleged Russian intereference in the referendum because they were worried that they might find proof of it. Does that sound right?

Governments have for too long turned a blind eye to Russian money flowing into UK, regardless of where it came from or influence it bought

Wow! Absolutely damning comments from ISC members against Boris Johnson & his Government for delaying the publication of the #RussiaReport! An absolute must listen! pic.twitter.com/fFIDi9P7XO

The full ISC report can be found here.

Predictably, some of the big names on the right have decided to see the report as an exoneration — claiming that the lack of conclusive evidence is proof that the various factions of the Leave campaign were the victims of a smear campaign, thereby sounding eerily like a certain President bleating “No collusion! No collusion!” The ISC have called for a full investigation into Russian interference, which Downing Street has already dismissed.

We have seen no evidence of successful interference in the EU Referendum.

The Intelligence and Security Agencies produce and contribute to regular assessments of the threat posed by Hostile State Activity, including around potential interference in UK democratic processes. We keep such assessments under review and, where necessary, update them in response to new intelligence, including during democratic events such as elections and referendums. Where new information emerges, the Government will always consider the most appropriate use of any intelligence it develops or receives, including whether it is appropriate to make this public. Given this long standing approach, a retrospective assessment of the EU Referendum is not necessary.

It’s true: the Government has “seen no evidence”, but the real issue is that they have failed to look, and they are pretending that’s the same thing. In the meantime, Putin gets away with it again. At least there’s not another big election coming up in the West though, right? Oh wait…