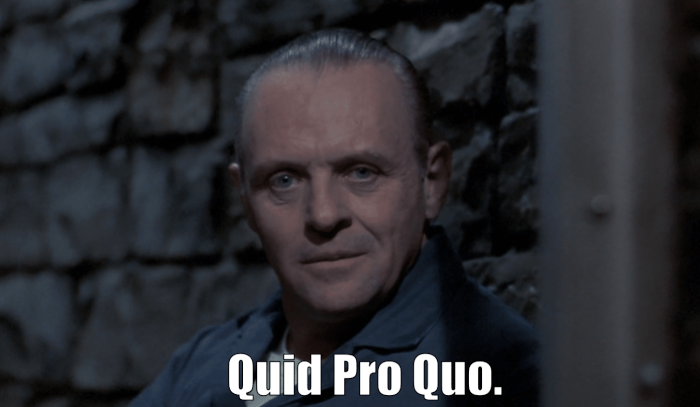 Another day, another serving of insanity seemingly scripted by a group of primates smashing away at a keyboard while snorting enough cocaine to give the entire East Coast a very white Christmas. President Big Boy penned his very own notes in ALL-CAPS and permanent marker, reiterating “I WANT NOTHING” remarks he made long after demanding something. It’s enough to make you want to start sniffing Pixi Stix just to see what happens when you finally sneeze.

You can sing the presidental talking points to the tune of Frere Jacques. Try it. It’s fun.

Tell Volodymyr Zellinsky
I will do the right thing

I fed the first part of Trump's I WANT NOTHING note into @OpenAI's Neural Network on https://t.co/SlTLJPJh3z and the computer did the rest pic.twitter.com/fS43ZLoEoY

Trump aide: Tell them you want nothing.

Trump: I want something?

Trump: Wait, what should I say?

Trump: I want … what again?

Aide: Never mind, I'll write it down for you … Sir. pic.twitter.com/hfOjQuWKEY

WHICH “I WANT NOTHING” IS MORE CONVINCING—THE FIRST OR THE SECOND? pic.twitter.com/PWmm8idwC2

I WANT NOTHING - Sharpie should capitalize on this - "to remind you what you need to say when facing an impeachment inquiry" Sharpie - let us do the talking :) pic.twitter.com/0OGmpJK09h

Is your teen texting about impeachment?

QPQ: quid pro quo
EWITL: everyone was in the loop
WTFR: what the f*ck, republicans?
VZOU: Volodymyr Zelensky of Ukraine
IWN: I want nothing
PNP: President Nancy Pelosi

Of course, a lot of the hashtags are connected to Tweets where people dismiss the entire impeachment proceedings due to this whole “I WANT NOTHING” interaction, completely ignoring the previous transcripts of discussions where the President did indeed want something.


← 'Harry Potter' Star Rupert Grint Spills the Beans on Co-Stars, Says There Were 'Sparks' | 'Moana' is Available on Disney+. Remains the Best Disney Princess of All Time →