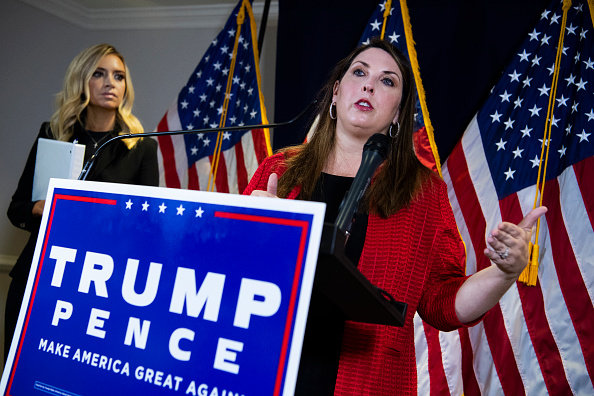 So, the Thing About Lawsuits Is This ...

Look, I don’t want to mansplain to all of you this morning, and I don’t want to wave around my fancy law degree from some whoopity-doo law school, but here’s what I can tell as someone who has passed the Massachusetts bar: In order to succeed in a lawsuit, one must allege “wrongdoing,” and then one must include “evidence” of that wrongdoing, and then — and this is important as far as the election is concerned — the relief one is seeking must result in “enough votes” to change the outcome.

I know all of you are feeling very nervous, but again, let me assure you as someone with a fancy law degree that President Trump ain’t got shit. Have you seen these lawsuits he’s filing? In Pennsylvania, they’re like, “Republican observers weren’t standing close enough. No fair!” They were six feet away. There’s a pandemic going on. They’re also claiming that ballots that came in after the election should not be counted — there are 7,800 of those ballots. Biden is up by 45,000. In Nevada, they’re complaining that 3,000 votes should be thrown out because they don’t match a Nevada address, and that’s because they are from military voters who live overseas and no longer have home addresses. Donald Trump has not won a single meaningful lawsuit, although he did get the Supreme Court to say that Pennsylvania needed to separate late-arriving votes from those arriving on or before November 3rd, which Pennsylvania was already doing.

It’s all bunk. Yesterday, AG Bill Barr “authorized” the DOJ to investigate claims of voter fraud, which sounded very alarming in headline form, but the small print in that memo stated that “specious, speculative, fanciful or far-fetched claims should not be a basis for initiating federal inquiries.”

Specious, speculative, fanciful and far-fetched claims are all that Trump has. All of this is designed to appease an angry toddler. That’s it. Mitch McConnell and GOP Senate are playing along 1) because they are evil, but also 2) because they don’t want to piss off the leader of the Republican party on his way out because he can make life as miserable for them as he has for us this last four years.

These lawsuits, meanwhile, are bullshit. And the people filing these lawsuits are incompetent and/or their hearts aren’t even in it (it’s unclear whether the law firm, Jones Day, filing some of these suits even wants to win).

This is exactly what’s going on via The Washington Post:

“What is the downside for humoring him for this little bit of time? No one seriously thinks the results will change,” said one senior Republican official. “He went golfing this weekend. It’s not like he’s plotting how to prevent Joe Biden from taking power on Jan. 20. He’s tweeting about filing some lawsuits, those lawsuits will fail, then he’ll tweet some more about how the election was stolen, and then he’ll leave.”

What’s the harm?! A little grift here and there, and undermining confidence in the elections for a generation? BIG DEAL!

Still, these lawsuits have no merit, and even if they did (they don’t!), Trump is not contesting enough votes to even win. This is all about showing fealty to Trump, appealing to his ego, and letting him come to terms with the loss on his own like the child that he is. He’s apparently getting there, because he’s already talking about a 2024 run (ha!), and forming a PAC to allow him to maintain his hold over the party even after he leaves office.

Meanwhile, this is what’s going on inside the White House:

2/ The news is dismaying to many members of the Trump administration who worry especially about young staffers who will soon need other sources of income given the fact that President Trump lost the election.

Also this: “Some staff [are] lighting rose-scented candles in an attempt to soften the environment—and to combat the smell of fast food delivered to the President and his inner circle.”