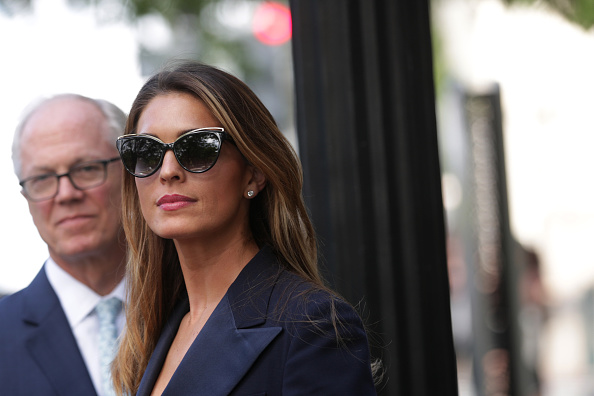 Trump's March Toward Authoritarianism is Hastening Since the Impeachment Acquittal

Donald Trump has been on an authoritarian tear since being acquitted by the Senate in the impeachment hearings. In addition to firing Sondland and Vindman, Trump has been using his pardon power on the likes of corrupt folks Rod Blagojevich (who tried to sell Obama’s Senate seat), junk-bond king Michael Milken, and former New York police commissioner Bernie Kerik (tax fraud, perjury). Trump is f**king with the justice system — and is likely to pardon his friend Roger Stone (he’s priming the pardon by discrediting a juror) — so much so that AG William Barr is leaking reports that he is threatening to quit to give the illusion that he’s not in Trump’s pocket (he is definitely in Trump’s pocket).

In addition, Trump is starting to bring back loyalists and friends like Hope Hicks, Richard Grenell, and Johnny McEntee, his former body man. Hicks and Grenell are folks who didn’t belong in an administration that aimed to give the illusion of competency. Trump no longer cares about that illusion. He only cares about loyalty.

Meanwhile, Trump has fired his Director of National Intelligence, Joseph Maguire, because Joseph Maguire told Congress last week that the Russians were still meddling in our elections, and that they still have a clear preference for Trump. Trump fears that Democrats will exploit this information and use it against him in 2020. I don’t know anyone who doesn’t already believe that is true, but *shrug*.

Nevertheless, according to reporting from Jake Tapper, that may be what Trump heard, but it’s not exactly what Maguire said. He didn’t conclude that the Russians were trying to get Trump reelected, just that the Russians know that they can work with Trump. The Russians are all about sowing divisions in our democracy, so I suspect that they also have some rooting interests in Bernie. That is not a knock against Bernie; it is simply a statement of fact. The Russians win by creating doubt around our electoral system. A Bernie vs. Trump matchup could very well produce that doubt.

Point being, Joseph Maguire reported facts to Congress. Trump didn’t like those facts. He fired Joseph Maguire. He has now placed a huge Trump loyalist into the position as Acting DNI. Richard Grenell is the ambassador to Germany and a guy who roots for right-wing nationalists over there. Grenell has absolutely zero experience in the intelligence community and nevertheless has 17 intelligence agencies reporting to him now. Trump does not care. It’s not about competence or qualifications. It’s about loyalty. Trump is literally trying to destroy the intelligence community, because “intelligence” too often works against Trump politically. Grenell is not likely to gain Senate confirmation, but Trump will keep him in as “acting” DNI for as long as he can. (Trump reportedly offered the permanent position to Georgia Rep. Doug Collins — another loyalist — but he declined. He’s running for Senate this year).

Meanwhile, Trump’s former body man, Johnny McEntee, has been brought in for one specific reason: To identify anyone within the administration disloyal to Trump and root them out. He’s been empowered to purge “the bad people” in the “Deep State.”

The layers of bureaucracy put into place to essentially protect the country from people like Trump are crumbling. If Trump is reelected, that thin layer of protection will vanish.


← Please Would You Look at this Cat Flomp-Jumping Over a Fence | Don't Question It: #911WhatsTheEmergency Is Trending On Twitter For Ridiculous Reasons →