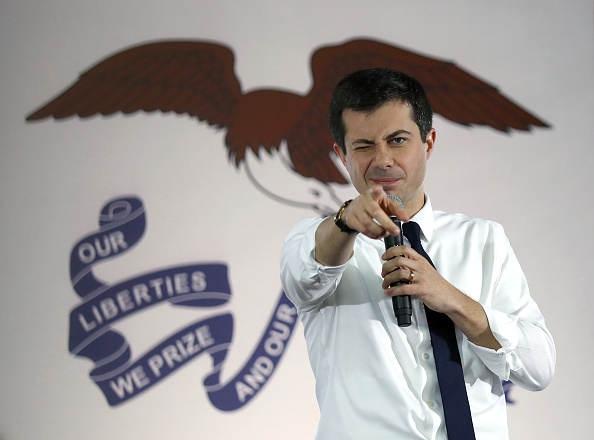 2:15 — Let’s see if I can distill the last several hours of the Amy Coney Barrett hearings:

Sen. Cory Booker: "Instead of doing anything to help people who are struggling right now, we are here."

"We should be, as the Senate, working in a bipartisan way to try to get this virus under control, to get relief to people who are hurting." https://t.co/oOyKSbmr7F pic.twitter.com/NN4ufWIoAm

Sen. John Kennedy: "It hurts to be called a racist. I think it's one of the worst things you can call an American."

.@SenSasse, the guy that refused to even have a meeting with or holding a confirmation hearing for a sitting president's Supreme Court nomination, gives us all a lecture on "Civics 101" and admonishing everyone for politicizing the Court. Pure hypocrisy.

Ted Cruz also mentions that she is a "mom to seven kids." I'm gonna go hunting for the Scalia confirmation hearing transcript, but I'll bet right now that EVERY SINGLE REPUBLICAN who spoke did not bring up his family size and commend him on his balancing of work and family.

Democrats: “We should not be confirming a new Justice three weeks before an election.
Republicans: “Why do Democrats keep bringing up the number of kids that Amy Coney Barret has?”
Democrats: “What? Republicans are doing today what they promised not to do in 2020! Confirming a justice this close to an election. We should be working on a stimulus bill right now!”
“Republicans: “Stop attacking her faith!”

You’re all caught up now.

11:45 — Doubts? I thought Collins already agreed NOT to move ahead with the confirmation of Coney Barrett this close to an election. God, I can’t wait to get rid of her (hopefully fingers crossed please).

BREAKING: Senator Susan Collins has doubts. "At this time I'm not certain that Judge Amy Cony Barrett is the right person to replace Justice Ginsburg. I hope that my colleagues in the Judiciary Committee will be able to alleviate my doubts."

11:15 — I’m not going to cover the Amy Coney Barrett hearings too much, because I don’t hate myself enough to essentially subject myself to repeated blows to the stomach while some asshole is holding my hands behind my back. This, however, is a good statement. It’s completely f**king useless, but it’s a good statement.

Amy Klobuchar says the American people are the only thing that can alter Barrett's hearings: "It is you calling Republican senators and telling them enough is enough, telling them it is personal, telling them they have their priorities wrong. So do it" https://t.co/uScvfX9o80 pic.twitter.com/O2yTFqMocy

Meanwhile, to the point we were making below about Democrats taking back power and changing the rules to benefit us, there is hope in November that not only will Biden win, but that Democrats will take back a lot of State Houses in states we never expected to do so two years ago, like Iowa, Florida, Arizona, and … Texas! It is not out of the question. And if we can turn Texas blue (or even a dark purple), the Republicans would have to change the Electoral College to exclude all the big states in order to win another national election.

Also, FYI: Biden is faring better in the polls than any challenger has since 1936. Granted, it means nothing unless the people submitting to those polls actually vote, but Biden is in a good position.

9:30 — There’s a couple of clips that went viral in the last few days that I want to return to real quick. Here’s Pete Buttigieg after the VP debate last week dunking on the President on Fox News.

I love this. @PeteButtigieg is absolutely sensational here on Fox News. Love it. Love him x pic.twitter.com/oHm4U77aMc

Meanwhile, here’s Mitch McConnell on Sean Hannity. If you haven’t seen it yet, take your blood-pressure medication first.

How much did that make your skin crawl? But let me tell you something that you already know: Republicans (and Republican voters) sinister-laughed right along with McConnell. Meanwhile, while I enjoyed the hell out of Pete Buttigieg eliciting stunned silence out of the Fox News anchor, I guarandamntee that most people on the right were saying, “That smarmy little f**k.”

And let’s take a minute to appreciate that, in some ways, Pete Buttigieg is a smarmy little f**k, but he’s our smarmy little f**k, and if you are upset about Pete Buttigieg’s political position, don’t worry about it. Buttigieg’s politics are like that joke about the weather in New England, “Just wait five minutes.” Pete Buttigieg began the Democratic primaries way out on the left with Bernie and Elizabeth, but by the end, he’d run to the center so fast that he’d practically become a Republican. Pete’s an opportunist. Pete will do anything to win. Pete would throw Chasten over a bridge and under a bus and then back over him again to win. He has ambition where his soul should be. We need more of that.

He’s not my favorite kind of politician — I prefer the Obama hope-and-change variety — but he’s an effective one, and one that I am starting to appreciate we may need a lot more of. Pete will pull out your bowels and smile at you while calmly explaining how much weight you’re going to lose without those bowels. Pete Buttigieg is a Twitter politician: He can “dunk” and “torch” and “destroy,” and he can do it all with a warm smile on his face.

Pete, or someone like him, could be our Mitch McConnell. And make no mistake: Mitch McConnell is the evilest man alive (refer, again, to that demonic laugh above). But he is wildly effective. He’s about to put the third conservative justice on the Supreme Court’s bench in three years, and he’s on the cusp of overturning Roe v. Wade, a Supreme Court decision the majority of the country supports and has supported for decades.

The only way to offset the Supreme Court over the next 20 goddamn years is to take back Congress, hold it, and change all the goddamn rules to benefit the majority (pack. the. f**king. court). We can still run hope-and-change folks at the top of the ticket, but we need our own Mitch McConnell to run things behind the scenes. I don’t know if it’s Pete Buttigieg, but it needs to be someone like Buttigieg, who will put the interests of the party — which, again, is supported by the majority of Americans — ahead of everything else, and if that means throwing a Dianne Feinstein or a Michael Bennet to the wolves, then that’s what we fucking do. Pete Buttigieg is a shameless, pandering, and hypocritical. We need a few more like him because right now the GOP has cornered the market on that brand of politician.

In the meantime, if Biden has any sense at all, he’ll make Buttigieg his Press Secretary. Put that smarmy arrogance to work for the American people!


← Baby Yoda is Even More Precious Than Usual in New 'The Mandalorian' Season 2 Posters | Review: 'Yellow Rose' is a Beautifully Nuanced Portrait of the Undocumented Experience →