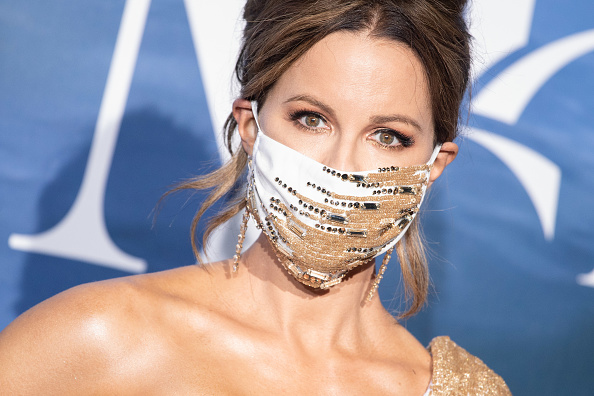 8:13 — Asked if he’d debate Trump if he were still contagious, Biden said:

Biden to reporters just now: “Well, uh, I think if he still has COVID, we shouldn’t have a debate.”

He adds: “I think we were gonna have to follow very strict guidelines. Too many people have been infected. It’s a very serious problem, so I will be guided by the guidelines…”

See what a reasonable response that is. There’s no way anyone could possibly disagree with this approach, is … oh, forget I asked.

Seriously though, with Stephen Miller getting covid, my deepest sympathies go to the families of….

the 26,000 innocent children that ghoulish fuck threw in a cage.

Meanwhile, this doesn’t seem to jibe with calling off negotiations with Pelosi.

4:22 — I genuinely can’t get over how insane this is. It defies logic. There is absolutely no reason not to install a divider unless Pence is trying to force Kamala Harris to pull out of the debate so that they can declare victory (Pence, after all, has been in contact with someone who had COVID within the last 14 days). I mean, I guess it’s the only way Pence can win. Otherwise, Pence is going to have to answer for Trump, and that is not going to go well for Pence or Trump, or Trump’s relationship with Pence.

BREAKING—Now VP Pence’s team is breaking earlier agreement and now *refusing* even a transparent plexiglass divider for the VP debate!

Earlier Monday, Commission on Presidential Debates said dividers had been agreed to as a safety measure for #COVID19. https://t.co/IXP6nywECW

This is so horrible. They must know they are going down so don’t care who else they take with them. https://t.co/IE0eHX6kGg

3:45 — Twitter pundits are now all wondering — based on Trump’s refusal to negotiate a stimulus bill with Pelosi — if Trump is trying to lose. No, he’s not trying to lose! He’s not very bright! He never has been. He’s also very sick right now.

This is actually hilarious because the fox anchor cannot believe her guest said this horrifyingly evil ish. So she loses her ability to speak for a moment. Worth watching so you know what a mess these folks are. https://t.co/3UbUH2D6mo

3:00 — Trump has tweeted that he will no longer negotiate with Nancy Pelosi over a stimulus bill, saying that he will wait until he wins the election and pass one on his own. He told the Senate to, instead, focus all their attention on confirmating his Supreme Court Justice.

So … focus on overturning Roe, and no stimulus bill until Biden is sworn in, basically. Sorry movie theaters.

…request, and looking to the future of our Country. I have instructed my representatives to stop negotiating until after the election when, immediately after I win, we will pass a major Stimulus Bill that focuses on hardworking Americans and Small Business. I have asked…

You do have to hand it to Trump, though: He never chooses the option that polls well.

Screwing over millions of people who are out of work and suffering so that the @GOP can focus on confirming your Supreme Court nominee who will then take away their health care is quite possibly the dumbest political message in history. https://t.co/B08JUslrsE

There it is: Trump not only says there’s no relief deal, but that he won’t do any further negotiations until after the election https://t.co/4bSHkDBe5a

“Sorry you’re getting evicted because of the pandemic. Please enjoy my new Supreme Court Justice who will also take away your health care in the pandemic.” -@realDonaldTrump

worth saying that “stop negotiating stimulus and rush to confirm a justice” is the single most unpopular position on the board right now https://t.co/Zu8x7LxNhY

New: All but one member of the Joint Chiefs of Staff is now self-quarantining due to exposure at multiple meetings in recent days, including a meeting in Pentagon’s secure meeting space for classified information known as ‘the tank’, a defense official tells @barbarastarrcnn

Senior leadership at Pentagon quarantining after exposure to COVID-19.

Trump is the first person in the world to get coronavirus and be healthier 5 days later https://t.co/UQAGn0IBgc

12:00 — This dumbass actually thinks he’s gonna be able to debate Biden next week. I don’t even think that the quarantine period will be over yet. Who will help him prepare for the debate? Christie has COVID, and it sure looks like Rudy does, too. Half his White House staff is out sick. Who is going to want to get on Air Force One with the guy?

I am looking forward to the debate on the evening of Thursday, October 15th in Miami. It will be great!

Meanwhile, yesterday the White House rejected FDA guidance advising “vaccine developers that they must monitor half of clinical trial participants for at least two months following their final dose of vaccine or placebo before applying for emergency authorization.” The White House blocked the release of those standards yesterday, bu the FDA — flipping the White House off — is nevertheless insisting that those standards be met, which means that it will not approve of the emergency use of a vaccine before Election Day.

11:20 — I understand that Mandy Patinkin has made a few campaign videos? This one, however, is an absolute blast! It’s remarkably well done.

My glorious AF wife Kathryn helped with my latest campaign video. Whatever the polls say we have to stay calm and resolute in this fight, giving whatever time, money and power we can. Get active to get out the vote TODAY. https://t.co/JMq7rJIXuE #GOTV #createtheoutcome #VOTE pic.twitter.com/5K7DHjkWFo

Good morning. A couple of weeks ago, an 80-year-old man named Rocco Sapienza went to his regular bar in West Seneca, New York. While there, Sapienza noticed that another regular, Donald Lewinski, was not wearing a mask while he was taking buckets of beer outside to a band that was playing. Sapienza stood up and asked Lewinski to put on his mask, and Lewinski told the 80-year-old man to buzz off. He pushed Sapienza. Sapienza fell and hit his head.

After four days in a coma, Sapienza died. He died because another man didn’t want to wear a mask and protect those around him.

This is the GOP mentality right now, even after their leader became infected with the Coronavirus, and even after he clearly came down with pneumonia.

Gasping for air. And credibility. pic.twitter.com/1pDvaYcAbj

That hasn’t prompted the GOP to reevaluate their beliefs at all. In fact, it’s only emboldened them, because if a billionaire with access to a helicopter and the best healthcare on the planet can (probably) survive the Coronavirus, then everyone else must be a p*ssy.

fellas, is it gay to survive a pandemic? https://t.co/PTGkJCEK4B pic.twitter.com/p9g3OfE3xZ

The 210,000 people who have died from COVID, so far, were all weak, according to Republicans, who are somehow now suggesting that only real men get (and survive) COVID. There will be Trump voters, to impress their leader, who will sacrifice themselves to the disease now, and hey! They probably won’t die. Probably.

Tell that to the 210k dead Americans. Shame on you. https://t.co/3TAqyGj3po

My dad was one of the 1,429. He died on Saturday at West Tennessee Healthcare in Dyersburg, TN. It’s not the flu, it’s not just going to disappear, you can’t beat it by being a tough guy. You have no idea how much pain this president has brought families like mine. https://t.co/S3Y73roehO

If I can do it, so can you, Trump seems to be saying while gasping for air. And his valets, his housekeepers, his butlers, and the scores of people who work in the White House — many of them over 50 or otherwise in high-risk categories, and who do not have access to the same health care — well, if they get it, they get it for AMERICA. And if they die, they die FOR AMERICA.

The one saving grace here is, at least according to the latest polls, that voters are not responding to Trump’s authoritarian bullshit.

“How much bullshit do you need in your life?”

CNN released a poll this morning that showed Biden up by a whopping 16 points nationally.

The poll was conducted entirely after the first debate and mostly after Trump's COVID diagnosis.

Maybe it’s a skewed poll, but it’s consistent with a poll out of Florida that shows him with a 6 point lead and new polls that are beginning to show that Biden has taken a commanding lead among older people, the population that I guess Trump thinks is the weakest, cause they keep dying the most.

Roughly consistent with a Biden +9 lead nationally. Still big, but not the blowout numbers the CNN and NBC/WSJ polls pointed to. https://t.co/ZgNACHA5Jj

Trump still leading 99-1 among voters who believe in Bigfoot.

Meanwhile, 4 million people have already voted, and it looks like we may have record turnout this year. That can’t be anything but good for Joe Biden, otherwise, Trump and the Republicans would not try so hard to suppress the vote (see, e.g., a South Carolina requirement — upheld by their court yesterday — that mail-in voters have a witness sign their ballot. In a pandemic).

There are 28 days until the election. It may not sound that long, but 28 days ago we were talking about the fact that Donald Trump told Bob Woodward that he knew the Coronavirus was bad, but that he downplayed it. It feels like a lifetime ago. It may feel like another lifetime before election night, too. But if you were one of the many people who thought that Hillary Clinton had it in the bag in 2016 and didn’t bother to vote? Please don’t do that again! We need every single vote.

(We are using a Kate Beckinsale photo (in a mask!) in lieu of a Trump photo for aesthetic and superstitions reasons.)