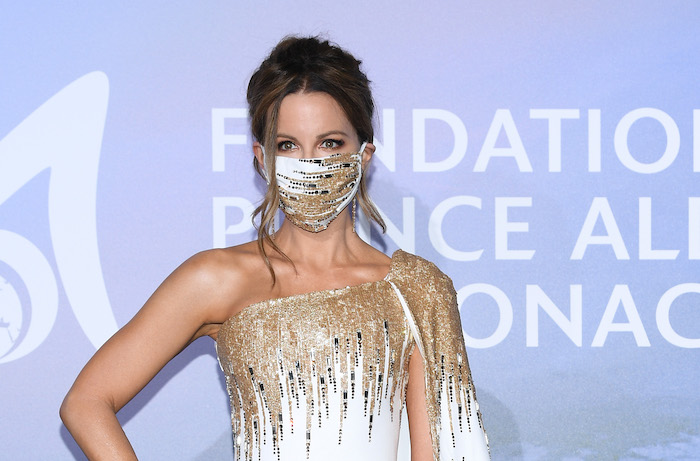 4:30 — Dunkin’ on Trump on Twitter is hardly worth mention most of the time, but holy lord, Steve Schmidt — a former campaign manager for John McCain and one of the Lincoln Project guys — laid into the President. This tweet is directed at Steve Schmidt.

Because I’ve beaten him and his very few remaining clients so much, and so badly, that he has become a blathering idiot. He failed with John McCain and will fail again with all others. He is a total loser. @MarshaBlackburn is a Tennessee Star, a highly respected WINNER! https://t.co/SxUzvwIHxT

You’ve never beaten me at anything. This is our first dance. @realDonaldTrump. Did you like #covita. @ProjectLincoln. @TheRickWilson @stuartpstevens @reedgalen. We are so much better at this than your team of crooks, wife beaters, degenerates,weirdos and losers. You are losing. We heard you loved Evita. You saw it so many times. Where will you live out your years in disgrace? Will you buy Epstein’s island? One last extra special deal from him? Or will you be drooling on yourself in a suite at Walter Reed? Maybe you will be in prison? I bet you fear that. @ManhattanDA may not be around to cover for you or your crooked kids anymore. @elizaorlins doesn’t believe in different sets of rules for the Trump’s. What about the State AG? You know what you’ve done. Oh Donald. @realDonaldTrump who do you owe almost $500 million in personally guaranteed loans to? It’s’ all coming down. You think you and your disgusting family are going to be in deal flow next year? Are you really that delusional? You are lucky Chris Wallace interrupted you after @JoeBiden said you @realDonaldTrump weren’t smart. You started to melt down. That’s the place that hurts the most. Right? Fred SR knew it. You’ve spent your whole life proving it. You aren’t very smart. You couldn’t take the SAT’s on your own. What was the real score? 970? We both know you know. Are the steroids wearing off? Is the Euphoria fading? Do you feel foggy? Tired? Do you ache? How is the breathing? Hmmm. Are you watching TV today @realDonaldTrump. We will have some nice surprises for you. Everyone is laughing at you. You are a joke. A splendid moron turned deadly 🤡 clown. @realDonaldTrump you are the worst President in American History. Disgrace will always precede your name. Your Grandchildren and great grandchildren will grow up ashamed of their names. One day I suppose there will be some small and not much visited library that bears your name. It will be the type of place where a drunk walks by, staring at the wall for a minute, before deciding it is beneath his dignity to piss on. @realDonaldTrump That’s what is waiting for you. @JoeBiden is a better man. He’s smarter. He’s winning. Do you remember when you didn’t want to name @DonaldJTrumpJr Donald because you were worried about him being a loser named Donald. You were right about that. He is. But it is you @realDonaldTrump who will be remembered as America’s greatest loser. You will be crushed in the election. Shhhhhhhh.

1:05 — So, the President is dictating his own medical status to his doctor now.

"The President this morning says 'I feel great!'"

Meanwhile, the press — and others — are trying to figure out when Trump last tested negative, because the evidence from what we know suggests that Trump might have known he was contagious not only when he went to the fundraisers last Thursday, but when he met with Gold Star families the Sunday before, and when he when he debated Biden on Tuesday.

White House officials believe POTUS was infected at the event for Judge Barrett on Saturday Sept 26.

They will not say when POTUS last tested negative, raising questions as to whether he was tested at all between infection and the debate Tuesday Sept 29.

Not to be hyperbolic, but also: I would like to know this, too.

I, for one, would like to know whether the President attempted to murder his opponent last week. https://t.co/A3nWan9AQK

12:04 — This is the polling service that historically skews very favorable toward Trump.

11:17 — YOU LITERALLY STOPPED NEGOTIATION WITH HER LESS THAN 24 HOURS AGO.

Move Fast, I Am Waiting To Sign! @SpeakerPelosi https://t.co/RYBeWWuPC2

11:05 — The FBI briefing is about the indictment of two members of ISIS responsible for the beheadings of four Americans back in 2014.

11:02 — Still waiting on Wray. In the meantime, dude’s already asking for a third term.

NOW THAT THE RADICAL LEFT DEMOCRATS GOT CAUGHT COLD IN THE (NON) FRIENDLY TRANSFER OF GOVERNMENT, IN FACT, THEY SPIED ON MY CAMPAIGN AND WENT FOR A COUP, WE ARE ENTITLED TO ASK THE VOTERS FOR FOUR MORE YEARS. PLEASE REMEMBER THIS WHEN YOU VOTE! https://t.co/gsFSghkmdM

10:55 — Pelosi is not always the most effective Speaker, but I do love it when she gets snippy.

Speaker Pelosi & Secretary Mnuchin spoke by phone at 9:33 a.m. The Secretary inquired about a standalone airlines bill. The Speaker reminded him that Republicans blocked that bill on Friday & asked him to review the DeFazio bill so that they could have an informed conversation.

Always taken aback by the stark rundown of top stories on Drudge. pic.twitter.com/JD2txwgkQH

9:00 a.m. — Four years ago today, the Access Hollywood tape surfaced. I was in the car or something, picking up a kid, and I specifically recall rushing home so that I could post about it. I was ecstatic. This was the thing that would kill Donald Trump’s campaign once and for all! There was no way he would come back from that with less than a month to go. I remember feeling appalled at the tape; giddy at the damage it would cause Trump; and relieved that we no longer had to worry about him anymore.

We all know how that worked out.

More than 4 million votes have already been cast for the 2020 election. We need to cast more. We need to get as many people as possible to vote. Do not let your guard down, because 2016 wasn’t the story of Donald Trump’s comeback (he lost by 3 million votes!), it was a story of our failure to take the threat of Donald Trump seriously enough. Just because the man is a gasping mess who has infected everyone around him with COVID does not mean that he can’t come back, win a debate by not shitting himself in public, and win reelection because too many of us believe so strongly that Joe Biden has it in the bag that we’re not willing to return those ballots or stand in line. It’s a pain-in-the-ass because that’s the way that Republicans want it, but if we can get Biden in there, maybe we can change that, too, and make mail-in ballots the standard for every election going forward, and win enough seats in 2020 to unf*ck the gerrymandering over the next decade, too. We may lose the Supreme Court, but the thing about conservative Supreme Courts is that they’re always saying, “We should leave this to the lawmakers to decide.” Well, let’s put in the right lawmakers and demand they pass laws to protect abortion and gay marriage, and maybe tax the shit out of the world’s billionaires who increased their wealth by 27 percent DURING THE PANDEMIC.

It’s for that reason that Trumpdates will probably be a constant presence until election day because I want everyone to be reminded every day of why we need to remove this man from office.

Like, for instance, the fact that yesterday afternoon, Donald Trump called off negotiations with Nancy Pelosi over a stimulus bill until after the election. He did that on Twitter, where everyone could see it, and then a few hours later — as though his earlier statement had never happened — he began to negotiate with Nancy Pelosi on Twitter about the details of a stimulus bill.

The House & Senate should IMMEDIATELY Approve 25 Billion Dollars for Airline Payroll Support, & 135 Billion Dollars for Paycheck Protection Program for Small Business. Both of these will be fully paid for with unused funds from the Cares Act. Have this money. I will sign now!

If I am sent a Stand Alone Bill for Stimulus Checks ($1,200), they will go out to our great people IMMEDIATELY. I am ready to sign right now. Are you listening Nancy? @MarkMeadows @senatemajldr @kevinomccarthy @SpeakerPelosi @SenSchumer

Didn’t you tell her not to listen?

Meanwhile, we’re always going on and on about getting out the youth vote — and we definitely need to do that — but one reason for the growing lead for Biden in the polls is … old people, a demographic that Donald Trump actually won by 7 points in 2016. Now? An NBC poll has him down by 27 points among seniors, and a CNN poll has him down 21 points to Biden among seniors.

It makes total sense, too. Of the 215,000 people who have died from the Coronavirus, most have been seniors, and Trump has treated those deaths like statistics. He often dismisses them. “Well, sure, people are dying, but they are old people. They don’t count!” Seniors vote at much higher rates than younger voters, and seniors are much more likely to know someone who has died from the Coronavirus. This is exactly why they have turned against Trump, and you can’t win a Presidential election with the support of seniors, who are probably as pissed off as anyone that Trump is also making it more difficult for them to vote during a pandemic that endangers their lives even more (it’s just that most seniors aren’t airing their grievances 24/7 on Twitter).

Finally (for now), in the Senate races, after Jaime Harrison’s strong performance in the debate, and the amount of money he has raised this year, his race against Lindsey Graham has been moved to a toss-up … in South Carolina. Graham won that race by 10 points in 2014.

Meanwhile, in Arizona, where Martha McSally has been trailing badly in the polls to Democrat Mark Kelly, McSally performed very poorly in their debate last night.

Ow. Painful. She’s just a mess. Another moderator, though, showing how it should be done. Who is this gentleman? He’s good. https://t.co/Y3zuhISyKf

Also, the FBI will hold a press event at 11 a.m. No idea what it’s about, but Twitter has gone full conspiracy. We’ll check in on it later this morning. Also, good morning! Glad to see you all back today, and for those who don’t, read the comments. Lots of good insights there, too. Check ‘em out!

Publisher’s note: We use photos of Kate Beckinsale in lieu of Donald Trump for aesthetic and superstitious reasons. Also, I’m just really stoked that there are a couple available of her in a face mask now!