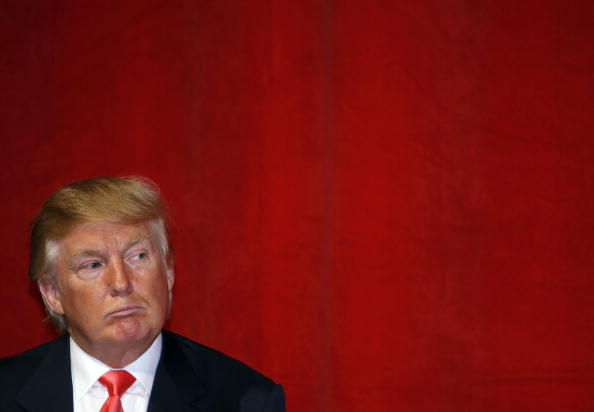 1:45 — Gordon Sondland, the EU Ambassador in the center of much of the Ukraine impeachment scandal, has gone back to the House this week to revise his testimony, admitting that there was a quid pro quo after saying that he “refreshed his memory.”

The testimony offered several major new details beyond the account he gave the inquiry in a 10-hour interview last month. Mr. Sondland provided a more robust description of his own role in alerting the Ukrainians that they needed to go along with investigative requests being demanded by the president’s personal lawyer Rudolph W. Giuliani. By early September, Mr. Sondland said, he had become convinced that military aid and a White House meeting were conditioned on Ukraine committing to those investigations.

Recall that Trump and his allies had repeatedly cited Sondland's "The President has been crystal clear no quid pro quo's of any kind” text — sent after he spoke to Trump — as key evidence for Trump's position.

Basically, I think, Sondland didn’t want to indicted for perjury, what with everyone else admitting there was quid pro quo. What does it mean? I don’t know, particularly since Sondland was the person who offered quid pro quo on Trump’s behalf. That should be game over, but we live in the Trump era. It is, however, worth noting this tweet from two weeks ago.

“The Ambassador to the European Union has already testified, he said there was no quid pro quo. He said the President had told him that.” @kilmeade @foxandfriends

Tuesday, 9:30 a.m. — Here’s Rand Paul — a libertarian who ostensibly advocates for the government to stay out of the lives of its people — advocating to thousands of people for the media “print the name” of the whistleblower, one of the country’s protected citizens.

Here's Rand Paul calling for the media to out the whistleblower at last night's Trump rally in Kentucky pic.twitter.com/PxFLXb9boU

Did you know that, even as an impeachment investigation into Trump continues, Rudy Giuliani is still out there trying to dig up dirt from Ukrainians about Joe Biden? Still.

Giuliani, the Trump personal lawyer at the center of the firestorm as Trump faces likely impeachment, met with former Ukrainian diplomat Andriy Telizhenko, who alleges that Ukraine’s government conspired with the Democratic National Committee to hurt Trump in 2016.

So, yes: If Trump gets away with this, he’s not only going to continue, he’ll probably double down. And the Republicans will let him because look at Rand Paul above! He’s soaking in the adoration by defending a goddamn criminal.

The Giuliani meeting was last week, by the way. This week, Lev Parnas is flipping on Giuliani. You want to know why? Because the President claimed not to know him, and it hurt his feelings. Seriously.

The turnabout occurred after Mr. Trump denied knowing Mr. Parnas when he was arrested.

“Mr. Parnas was very upset by President Trump’s plainly false statement that he did not know him,” said Mr. Bondy, whose client has maintained that he has had extensive dealings with the president.

That tells you what we need to know about these people. They’d rather be seen as criminals than nobodies. And that’s true of Trump, too.

Let’s go out on a positive note this morning. It’s election day in many parts of the country, including my city, where three very progressive candidates with very little separating them policy-wise are competing against each other. It’s kind of hilarious, except in an election like this, it all turns out personality, which means the campaigns are basically about who can knock on the most doors, plant the most yard signs, and whose surrogates can low-key deliver the most petty insults on Facebook. There has been an enormous amount of money put into the mayoral race, too, and what’s all the weirder is that it is essentially a figurehead position (we have a city manager who actually runs the show).

Anyway, go vote if there’s an election in your town or state today! I’m sure that not all of you are in a cushy position of needing to decide between three progressives who actually argue about who would be the best for asylees here in Portland (an actual issue). It’s kind of a nice departure from what I see on my Twitter feed all day.

Also, in light of that super depressing battleground state poll yesterday, let’s end on this, a hopeful poll from The Washington Post.

Another dire poll this morning for Trump pic.twitter.com/58SZy28x9z

(Am I the only one taking another quick peek at the Harris campaign?)

Watch @KamalaHarris dance to the stage with a drumline ahead of a campaign rally in Iowa pic.twitter.com/JvoisONV6q

5:30 — It feels like years ago when Giuliani associate Lev Parnas was arrested (in reality, it was probably yesterday. I dunno. I can’t tell time anymore). Anyway, I’m not exactly sure what this means, but it sure looks like it means that he’s flipping:

Yovanovitch said State Department called Sean Hannity to find out if he had proof of the allegations against her pic.twitter.com/fNB23LyvUH

And so is this one.

!!! The State Dept pulled Yovanovitch from Ukraine in such a rush because they were trying to get ahead of a potential Trump tweet. pic.twitter.com/u9l2hnFJN0

1:15 — Transcripts from behind-closed-door sessions are starting to emerge. First up, Marie Yovanovitch. Here’s a few excerpts from her testimony, surfaced on Twitter:

Q: And what was your reaction when you saw this transcript for the first time, and particularly, these requests that we just went through by President Trump?

A: Well, I was surprised and dismayed.

When Ambassador Yovanovitch sought advice from Gordon Sondland, he recommended that she tweet her praise of Trump, she testified. https://t.co/j0pxR1iySV pic.twitter.com/HZ2IdCQX7D

12:12 — Trump lost another case demanding that he turn over his tax returns to the SDNY, this time in a federal court of appeals. It doesn’t matter, though. It will clearly go to the Supreme Court before anyone will hand over anything, so do expect those returns anytime soon.

The full House is in recess this week (the House spends a lot of time in recess, doesn’t it?), but House impeachment investigators will try to continue their work. Four White House officials subpoenaed to testify today have all demured under direction from the White House, and Rick Perry — who is scheduled for Wednesday — will also decline to participate. John Bolton has been invited for Thursday, and his participation is up in the air. It is notable, however, that Donald Trump is kissing Bolton’s ass, because he’s legit afraid of what Bolton could do to him during public testimony, given that Bolton described the arrangement between Trump and Ukraine as a “drug deal.”

“I like John Bolton. I always got along with him,” Donald Trump said yesterday, which is absolutely not true. In fact, no one quite knows whether Bolton quit or was fired (by Tweet), and Bolton is planning to write a book about his time at the White House. It is not expected to paint a flattering image of the President.

Meanwhile, the House may start publicly releasing transcripts of the closed-door sessions held in recent weeks, which should give the media — and us! — more anti-Trump fodder to keep the coals burning on the impeachment investigation. It’s not exactly good for those who provided the testimony, however. From The Washington Post:

The anticipated defiance toward impeachment investigators comes as Trump has grown enraged that so many of his “employees,” as he refers to them, are going to Capitol Hill and testifying, said a person who regularly talks with him and who spoke on the condition of anonymity. The president has asked for copies of witness statements so he can decide how to criticize them, complained that his lawyers are not doing enough to stop people from talking, and even encouraged members of Congress to question the credibility of people working in his own administration, current and former officials said.

Trump and the Republicans, meanwhile, are trying out various defenses, like, “Sure, it was quid pro quo, but it isn’t an impeachable offense,” and that old canard, “Trump was just kidding!” Trump continues to maintain the phone call was “perfect,” and some Republicans are endeavoring to limit the entire conversation surrounding the impeachment inquiry to that phone call while ignoring all the other evidence. Trump is also threatening to read the transcript of the phone call aloud during a fireside chat.

The Whistleblower gave false information & dealt with corrupt politician Schiff. He must be brought forward to testify. Written answers not acceptable! Where is the 2nd Whistleblower? He disappeared after I released the transcript. Does he even exist? Where is the informant? Con!

Trump is also attacking Purple Heart recipients because the only award recipients that Trump recognizes are dogs.

Meanwhile, I don’t mean to make all of you sick to your stomachs this morning, but while Biden/Sanders/Warren are all leading Trump nationally, in the battleground states where the election will be determined (thanks to the Electoral College), only Biden holds enough of a lead over the President to win the Electoral College, should Dems pick up every other state they won in 2016. Even then, it’s a slim one. From the Times:

I know what you’re saying: It’s a year away, and a lot can change! And that’s true, but also with Trump, not. His support has remained rock steady, no matter how much he f**ks up. And as the Times notes: “On average over the last three cycles, head-to-head polls a year ahead of the election have been as close to the final result as those taken the day before.”

That made my stomach flip. It also explains why Trump was trying so hard to coerce Ukraine into investigating Biden. The way Trump sees it, 2020 will be a repeat of 2016, and if Democrats don’t figure something the hell out in these goddamn battleground states, he might be right. Trump could lose the popular vote by 5 million votes and still win in the Electoral College.


← 'Who Is Colin Jost?', Stumps 'Jeopardy' Contestants | Johnny Depp is Back in 'Fantastic Beasts 3' Because Hollywood Sucks →