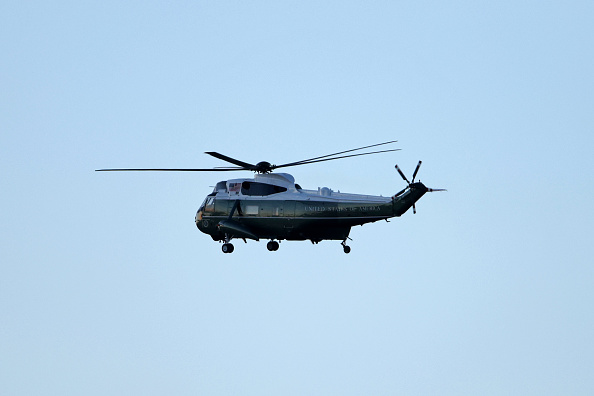 9:00 — He leaves on Air Force One with “My Way” playing. And there he goes. Good riddance.

Watching Trump leave this morning, I did have one regret: I really wanted to see him dragged out by the Secret Service.

8:46 — At Joint Base Andrews, Trump is met by a fairly small crowd of about 200, according to CNN, whose anchor pronounced it Maw-Guh. I thought it was MAH-Guh?

Melania delivers some platitudes. Trump looks as weirdly relieved as some of the rest of us are. He’s rambling about his accomplishments, like Space Force and tax cuts for the wealthy and Operation Warp Speed. It’s a political rally speech, or an unscripted rehash of the 20-minute speech he gave in his farewell speech. 75 million votes. All-time record, blah blah blah. “China virus.” (Racist to the bitter end). “Great honor, great privilege … I wish the new Administration great luck and great success (“we put it in a position” [to succeed]). “Goodbye. We love you. We will be back in some form.” He thanks Pence, and “certain elements” of Congress.

“Have a good life. We will see you soon,” he says in the end.

“He leaves with the lowest approval rating in the history of polling.” Tapper, who is a delightfully petty bitch this morning!

“He doesn’t have the strength of character to attend the inauguration of the man who beat him.” — Jake Tapper, CNN.

8:30 — Today, Joe Biden will be inaugurated as the 46th President. I want to keep that separate from this, the final edition of Trumpdates. It may be necessary to update this a few times today, but this will be the last Trumpdates I will ever curate. Thank you, Nateman, for the name. Thank you everyone else for reading my political spitballing over the last five years. It’s going to take a few days for this to sink in, I think.

As for Trump, as he leaves the White House for the final time and heads to Mar-A-Lago, he pardoned some buddies on his way out the door, including Elliot Broidy — a horrible, horrifying man who impregnated a Playboy Playmate, who had an abortion, and who Broidy paid $1.6 million in exchange for silence (in an agreement arranged by Michael Cohen) — and Steven Bannon, whose awfulness does not need to be repeated. Most of the folks that Trump pardoned were wealthy, corrupt folks who had been convicted of financial crimes. In other words, they were his buddies, and no doubt, there were some implicit (or explicit) financial arrangements associated with those pardons.

Trump did not (or has not yet) granted a pardon to himself or his kids, nor anyone involved with the Capitol insurrection. He’s got a few hours remaining to change his mind, although Trump (rightfully) fears that if he pardons himself, he will be impeached.

Moreover, word is last night that Donald Trump was considering starting his own political party, the Patriot Party, which would obviously splinter the GOP. Good. Do it. Please.

Here were the President’s final words at the White House. I can’t hear them. I also don’t care.


← Ben Affleck and Ana De Armas Might Get Back Together Soon | Who Are 'WandaVision' and 'Call Me Kat' For? →