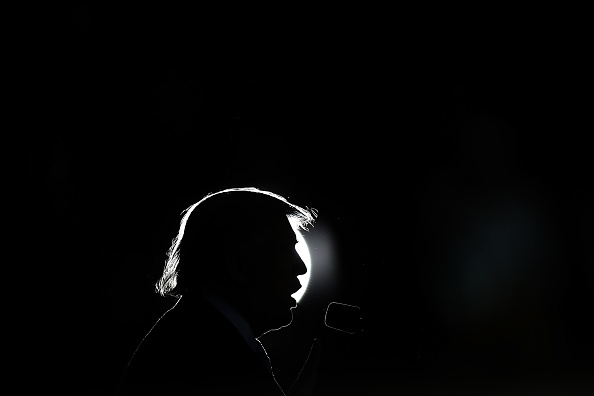 Look: There actually is something that almost everyone on both sides of the political spectrum can agree with right now: Schools need to reopen in the fall. There may be a wealthy/not-wealthy divide (because wealthy folks with tutors/private schools/nannies can opt out of the pandemic), but working parents are desperate for schools to reopen. We love our children, but we have spent every waking hour with them for four months now. It’s not healthy for us; it’s not healthy for them. It’s also not good for the economy, either in the short term or the long term.

We’d all love to open schools. The science mostly seems to support it, and this is one of those situations where you have to balance not just the economy, but social and mental well being of students, not to mention a race and socioeconomic gap that widens even more with remote learning. Here in the Northeast, where cases are trending downward, I think it’s an easier call. However, in a place like Texas, where overall cases are not only surging, but so are cases in childcare centers, that’s a different equation. No parent wants to spend another four or five months teaching their children third-grade math, but you also don’t want to send students and especially teachers into a buzzsaw; you have to get the cases down first.

We all want to send our kids back to school (like, really, really), but we do not want to risk their health, our health, and their teachers’ health to do so. Believe it or not, I think that’s something that most people on both sides of the political equation can agree on, too. I mean, the “f**k it, we’ll do it live!” brigade is loud, but when it comes to kids and their teachers, I think they’re still in the minority.

All of which makes Trump’s latest political calculation a terrible one. He is not only advocating for the re-opening of schools, but demanding it with fewer safety precautions and threatening to withhold funding to those schools that don’t reopen.

Asked yesterday what specifically his administration is doing to help schools reopen, Trump did not say anything. Instead, he demanded that schools reopen and claimed "the fall" is a long way away: "Well, we have a long time to think about the school stuff. Because, you know." pic.twitter.com/owbeFKHA9l

I love the irony of Trump citing Germany and the Netherlands, et. al, because if he’d followed their model — strict lockdowns, testing, tracing, and masks — reopening schools would be much less difficult. Trump wants to reap Germany’s benefits without putting in the work.

Now, if Trump had argued that we should move quickly and decisively to create conditions that would make it safe to reopen schools in the fall, he might have at least gained a few people willing to listen. But this? This is a drunk bull running through a china shop while f**king a cow like Clive Owen and Monica Belluci in Shoot ‘Em Up. It’s less of a call-to-action and more of a f*ck-you to parents, educators, and school officials.

Between Trump and local and state governments, especially where mayors and governors who have handled this crisis well are riding high in public opinion polls, Trump is not going to win this battle. It’s only going to further contribute to a decline in reelection chances, where it already looks like Trump is going to take a bath, even in the electoral college.

The president undercutting the government's own medical experts again, making things even more difficult for local jurisdictions to figure out what to do. https://t.co/2MQe5jujmL

As @JonLemire just stated on @Morning_Joe, there is no evidence that he even cares about American students or families. He only cares about himself, and about finding an applause line for his denialist base. This is not a presidency. I don’t even know what to call it.