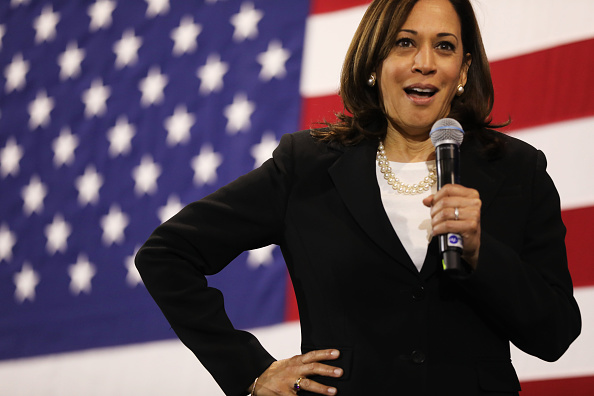 Joe Biden is expected to make his choice for his VP nominee as early as this weekend, and the word he, he’s narrowed his choices down to four Black women. He won’t say who they are, but the tea leaves suggest the four are Susan Rice, Kamala Harris, Karen Bass, and either Atlanta Mayor Keisha Lance Bottoms or Florida Rep. Val Demings. Senator Tammy Duckworth is also in the running.

The most likely choice is Kamala Harris, who has actually been the most likely choice since the moment she ate Brett Kavanaugh alive during his confirmation hearings (or when she ate Jeff Sessions alive during his). Biden, meanwhile, seems to have a few qualifications in mind: The VP pick should do no harm; she should be qualified to take over as President, if needed; and she should get along with Biden, as he is searching for someone with whom he can develop a relationship like the one he had with Obama (Rice was Obama’s national security adviser for his entire second term, and she and Biden get along famously).

Personally, I think that Harris is the choice that Biden should make, but I think he’s probably leaning toward Susan Rice, with whom he has a friendship. I think Rice is fine, although because of her association with Benghazi (Rice basically took the fall for it), I think she might dredge up more 2016 bullsh*t than we might like to see in the last three months of the election through no fault of her own. She has also never won a political office, and her son is a Trumper at Stanford, which will be turned into a huge deal by the press, but I still think she’s probably as qualified as anyone to be President, should she be called to do so (and Biden is 78 and we are living in a pandemic, so …). She calls herself a “pragmatic progressive,” which is something I consider myself. Kamala Harris also fits that bill.

Either way, Chris Dodd — who is corrupt trash — is running point on Biden’s VP search, and he’s out there talking sh*t about Kamala, via Politico:

When former Sen. Chris Dodd, a member of Joe Biden’s vice presidential search committee, recently asked Kamala Harris about her ambush on Biden in the first Democratic debate, Dodd was stunned by her response.

“She laughed and said, ‘that’s politics.’ She had no remorse,” Dodd told a longtime Biden supporter and donor, who relayed the exchange to POLITICO on condition of anonymity.

“Dodd felt it was a gimmick, that it was cheap,” the donor said. The person added that Dodd’s concerns about Harris were so deep that he’s helped elevate California Rep. Karen Bass during the vetting process, urging Biden to pick her because “she’s a loyal No. 2. And that’s what Biden really wants.” Through an aide, Dodd declined to comment. Advisers to Harris also declined to comment.

For the record, Karen Bass is not a bad choice, either, although she’s not a particularly exciting one. She certainly fills the do-no-harm bill. She’s a former physicians’ assistant and nurse, and heads the Congressional Black Caucus. However, she has no Presidential aspirations in 2024, and with Biden reportedly only running for one term, it would be nice to nominate someone well situated to take over in 2024. Again, that’s probably Harris, which is why it makes no sense that Chris Dodd would be out here taking swipes at Kamala.

Oh wait. Maybe it does:

Please also note that when a woman practices what she correctly calls politics, ie landing a blow on a competitor during a presidential debate, Chris Dodd thinks it’s a “gimmick.” Monday morning, you have already been a long week.

I wonder if Chris Dodd's abhorrence to Kamala saying it's wrong to praise segregationists has anything to do with his praising a former KKK who voted against the Civil Rights Act "cannot think of a single moment…where he would not have been a valuable asset to this country". pic.twitter.com/ayoGwVqIDo

Chris Dodd is this close to calling Kamala Harris “uppity” because she has the audacity to be an ambitious & accomplished black woman. This whole article is trash.https://t.co/v1kIYoKaEn

Now carry on with that bullshit article that's written as a hit piece.

I can’t get over the low-key misogyny that infuses both of these updates on Biden’s VP search. Also: Chris Dodd retired from the Senate amid an ethics scandal on mortgage deals he received and has spent 10 years as a lobbyist and now gets to decide that Kamala is uppity? pic.twitter.com/zLY51q9PR2

Kamala Harris has been working her tail off doing event after event for Biden and dozens of media interviews talking about his plans.

Chris Dodd thinks that all is thrown out because…she laughed…a black woman laughed and white man got insecure.

tl;dr: Chris Dodd can jump up my ass, and I still want to see Kamala eat Pence alive during their debate, because racist white men are her specialty.