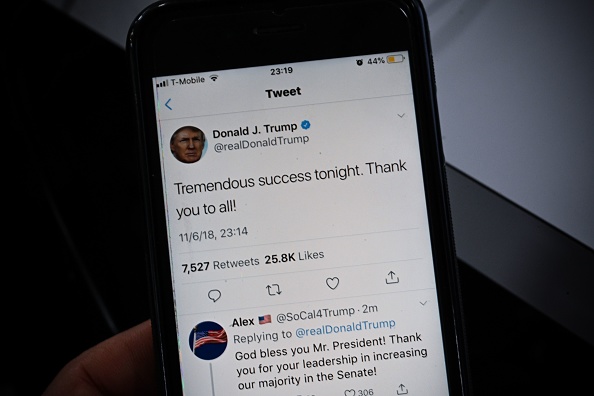 10:30 — The Senate voted to certify the electors in Arizona, with 6 objections (including Hawley and Cruz, natch). The same thing is happening in the House. Only, like, 45 more states to go (plus likely objections in Pennsylvania and Georgia). I think it’s safe to turn off your TVs and step away from your social media feeds for the night. This should hopefully be sorted by the morning with fewer Lindsay Graham speeches.

9:40 — The National Security Advisor Robert O’Brien, the deputy National Security Advisor, and the Deputy Chief of Staff are all considering resigning tonight, according to CNN. They are also reporting that “some” cabinet members are considering invoking the 25th (which apparently requires two-thirds of both Houses of Congress, if Trump objects). House Dems, meanwhile, are expected to urge Pence to invoke.

(It probably goes without saying, but there will not be a Pajiba Love tonight.)

9:26 — You have GOT to be kidding me. Josh Hawley continues to ride the Trump train, even after all of this.

Hawley disingenuously frames Trump's mob as part of a trend of "violence against law enforcement" pic.twitter.com/7BhnntyMMr

Mitt Romney is opening up a can of polite but forceful whoop-ass on Josh Hawley right now. “The best way we can show respect for the voter who are upset is by telling them the truth!”

Romney: "We gather due to a selfish man's injured pride … what happened here today was an insurrection incited by the President of the US." pic.twitter.com/eLnC3tgUTA

Mitt Romney is killing it.

My 17 year old just said, "what fucked up timeline are we in that I am clapping for Mitt Romney?"

Sen. Loeffler, who day after day on the campaign trail in Georgia indulged Trump, and vowed to fight to overturn the presidential election, then lost her own election, now says she will no longer object to certification of the electoral college votes.

Loeffler, like Lankford, admits her concerns about election integrity were a fraud pic.twitter.com/0Nj61z9TyB

8:37 — Facebook has now suspended Trump from posting for 24 hours. Like, the fact that the President of the United States has been suspended by Facebook and Twitter for inciting violence ought to say something about his fitness to lead. Invoke the 25th.

8:10 — Pence, McConnell, and Tom Cotton trying to take the moral high ground after enabling Donald Trump for the last four years has been a remarkable thing to see, and by remarkable, I mean: Enraging.

8:00 — Go fuck yourself. “Man holding matches and smelling of gas walking away from a fire denies he’s an arsonist.”

Wisconsin’s @RonJohnsonWI - one of the objectors today- tells me neither his fellow objectors nor president Trump bear any responsibility for the violence today.

I spoke with Jake Angeli, the QAnon guy who got inside the Senate chamber. He said police eventually gave up trying to stop him and other Trump supporters, and let them in. After a while, he said police politely asked him to leave and let him go without arrest

7:31 — Stephanie Grisham, Melania Trump’s Chief of Staff, has handed in her resignation based on the events of today. She’s been with the administration since the beginning.

7:15 — Trump’s Twitter account has been suspended until tomorrow morning, and three of his tweets have been removed. They have also threatened to permanently ban him. Without a Twitter account, Trump is basically powerless to communicate since he doesn’t otherwise know how.

As a result of the unprecedented and ongoing violent situation in Washington, D.C., we have required the removal of three @realDonaldTrump Tweets that were posted earlier today for repeated and severe violations of our Civic Integrity policy. https://t.co/k6OkjNG3bM

Future violations of the Twitter Rules, including our Civic Integrity or Violent Threats policies, will result in permanent suspension of the @realDonaldTrump account.

Romney: "Those who choose to continue to support his dangerous gambit … will forever be seen as being complicit in an unprecedented attack against our democracy. They will be remembered for their role in this shameful episode in American history. That will be their legacy."

These are the things and events that happen when a sacred landslide election victory is so unceremoniously & viciously stripped away from great patriots who have been badly & unfairly treated for so long. Go home with love & in peace. Remember this day forever!

Meanwhile, the woman who was shot earlier inside the Capitol has died.

NBC's Pete Williams reports that the woman who was shot inside the Capitol building has died. @MSNBC

5:30 — For the record, it is my understanding that the United States Attorney for the District of Columbia has jurisdiction over crimes committed at the Capitol, and that position is appointed directly by the President, so in 14 days, Biden can handpick the person responsible for prosecuting these insurrectionists. Choose wisely, Joe.

5:22 — These people can’t even take a little pepper spray. SACK UP, WHITE LADY.

White lady from Knoxville crying because she wasn’t allowed to comfortably engage in literal treason. https://t.co/y8Xq6yYjBq

5:00 — What? How?! Huh? The White House is coordinating with them? I don’t know how many times we can say invoke the 25th, but do it (I understand Ilhan Omar is drawing up Articles of Impeachment, but how you going to hold a trial in the Senate when the Senate can’t convene?).

“A source close to the White House who is in touch with some of the rioters” yep there’s the problem https://t.co/K5k9RYETzs

4:50 — I am with Michael Keaton on this. I know that Joe felt that he needed to speak, but he really didn’t.

Hey Joe- truly love you and that speech wasn’t even close to what I wanted to hear
Everyone coddled this punk for four years and now they’re coddling these terrorists- fuck them!
Also REMEMBER EVERY ONE of the seditionists-senators and representatives
ALSO pursueEVERY legal path

Could t be prouder of BLM and DONT EVEN THINK of conflating.
BLM looks exemplary
One more time-Hey birther boy. U didn’t just lose-done got your ass kicked!!

.@tedcruz should resign from the United States Senate immediately. https://t.co/O1D5K6Gt0k

"They're going to go back to the Olive Garden and Holiday Inn and high five each other," Anderson Cooper just now on CNN. I needed that laugh.

4:25 — We’re picking up where we left off in the previous post, which had gotten so large that it was loading slowly. Here’s Trump NOT HELPING. This is a goddamn disgrace. It is shameful. He asks for peace while refusing to concede (that Twitter label is also new to me).

Rioters broke into the U.S. Capitol and replaced the American flag with a Trump flag and and the sitting President of the United States really just said "we love you, you're special."

Also, a reminder that there was some good news today. In addition to Raphael Warnock winning, at least two networks (and now CNN) have projected that Ossoff has won, as well.


← 'Nomadland', 'Eternals', 'Candyman' and More: 2021 Films Directed by Women to Look Out For | Late Night Hosts Offer Hope In A Dark Time →