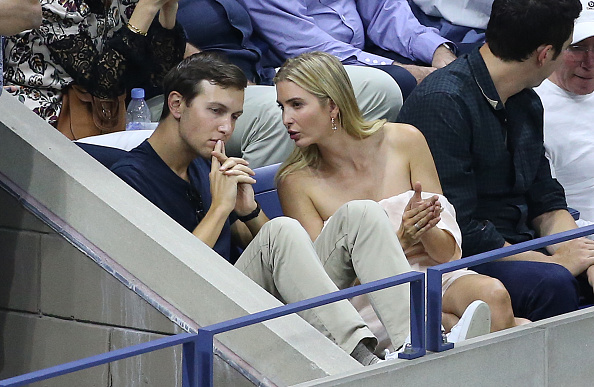 To gain any control whatsoever over the Coronavirus situation, we have to know who has the virus. In order to know who has the virus, we must be able to test. We still aren’t there. Unless you are an Oklahoma NBA basketball player, most people who are asymptomatic or are experiencing mild symptoms (and by “mild,’ I mean: Not pneumonia) still cannot get tested. The Internet is currently littered with stories about frustrated sick people who are experiencing all the symptoms of Covid-19 but didn’t make out with someone traveling from China or Italy and therefore cannot be tested.

With production on tests finally ramping up, the quarantining of America might do some good. If you stay in your house for 14 days and don’t come into contact with anyone else, and you’re not sick, then hey! You don’t have Coronavirus. If you are sick, you and your contacts can be appropriately isolated for another 14 days, and if you haven’t had any contacts, they will be easy to track! But the only way to find out if we have the virus or not is to test, and as we know, production on tests was stalled for roughly six weeks because the President of the United States thought that the worst thing that could happen to his Presidency at the time was a bunch of tests that came back positive for Covid-19. Of course, if we had those tests, maybe we could have isolated the right people, and maybe the American stock market would not have wiped out all the gains made under the Trump Administration.

At the moment, we’re still behind Italy, and if we took drastic South Korean measures, we could maybe flatten that curve, but that’s based on positive tests, and since we don’t have enough tests, experts believe there are probably 5-10 undetected people with the virus for every person who has tested positive. Those undetected cases are responsible for 80 percent of new cases, but if we had more tests, there would be fewer undetected cases, and therefore fewer new cases. If we had appropriate testing, we could have gotten ahead of this. “In the early stages of an outbreak, contact tracing, isolation, and individual quarantines are regularly deployed to contain the spread of a disease. But these tools are useless if suspected cases of a disease cannot be tested,” so writes The New Yorker. Trump, of course, should have known this because his team participated in a pandemic exercise with the Obama administration a week before Trump’s inauguration. Unfortunately, of the 30 people involved in that exercise, almost all are no longer with the administration. Consistent leadership would have been helpful!

Anyway, it does no good to point fingers, but let’s point fingers. Trump has bungled this from the start, obviously, but he’s also blaming Jared Kushner, who — for some reason — unilaterally took charge on the Coronavirus efforts, despite his complete and total failures in the Middle East. And now the President is furious with Kushner, according to Vanity Fair:

As Trump processes the stakes facing the country—and his presidency—he’s also lashing out at advisers, whom he blames for the White House’s inept and flat-footed response. Sources say a principal target of his anger is Jared Kushner. “I have never heard so many people inside the White House openly discuss how pissed Trump is at Jared,” the former West Wing official said.

Meanwhile, while Vice President Pence hasn’t bungled this as badly as Trump — and seems to be doing an OK job in imparting the information the Trump Administration allows him to impart — whenever Pence gets good reviews from the press, Trump feels compelled to step in so that someone else doesn’t get any positive attention. It’s Kushner who is trying to consolidate responses from the VP and the President’s communications office. It’s also Kushner who has been trying to play hero, despite his lack of qualifications.

But Mr. Kushner also sought to take on a more expansive role for himself despite his lack of knowledge on the topic and without talking to most of the task force members or public health experts.

Basically, according to the Times, Trump (and Kushner’s) luck has run out.

To his critics, it was only a matter of time before the president’s approach to governing would have severe consequences not only for him but also for the country at a time of crisis.

“In some ways, Trump has been one of the luckiest presidents in history, because that crisis didn’t come till his fourth year,” said Ron Klain, an adviser to former Vice President Joseph R. Biden Jr. and the so-called czar handling the response to the Ebola outbreak under President Barack Obama. “But it was inevitable, sadly, that it would come, and here it is.”

Here it is, indeed. What does that mean? According to The Atlantic — which also has video of Trump defending cuts to public health agencies — his Presidency is over. That, unfortunately, assumes there will be an election in November.