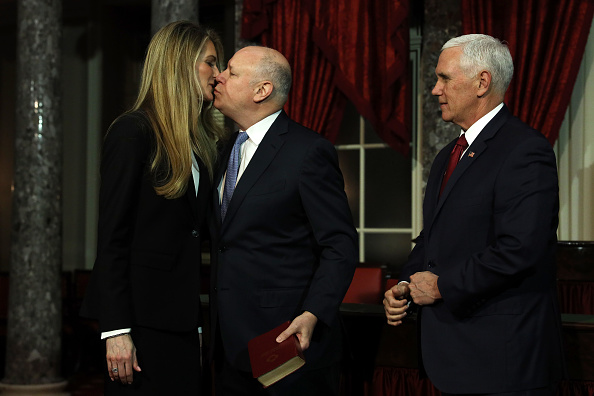 They All Knew. The Republicans Knew and They Profited Off Our Asses

We’ll have a more hopeful news post momentarily, but right now, I feel like we need to get this out of the way: Senators Richard Burr and Kelly Loeffler, and potentially others, need to resign. Immediately.

Burr and Loeffler are members of the Senate Health Committee, and Burr is the Chairman of the Senate Intelligence Committee. As Burr and Loeffler were out there telling Americans not to worry about the oncoming pandemic, they were selling off stock. Burr “sold off a significant percentage of his stocks, unloading between $582,029 and $1.56 million of his holdings on Feb. 13 in 29 separate transactions”

At the same time, according to a secret recording obtained by NPR, Burr was privately telling “a small group of well-connected constituents at a luncheon” that the Coronavirus was “probably more akin to the 1918 pandemic.” Thanks to insider information obtained as a Senator, Burr knew things were about to get bad, he hid that information from the public, and he sold off a ton of stocks before they tanked.

Burr is a North Carolina Republican. This is so bad that Tucker Carlson has called upon him to resign. Tucker. Carlson.

Meanwhile, GOP Sen. Kelly Loeffler from Georgia and her husband sold millions of dollars in stock the same day she sat in on coronavirus briefing with Dr. Fauci in attendance. She made 27 sales. She made two stock purchases, both in the teleworking industry, which is obviously a very good thing to be in right now (my brother in law codes teleworking software for remote learning in Universities. That dude is sitting pretty right now!). Loeffler knew. She kept that from the American people. Loeffler, like Burrr, should resign. I hate to agree with Carlson, but there “is no greater moral crime than betraying your country in a time of crisis.”

They all knew, y’all. They knew, and they did nothing because they were afraid of getting on Trump’s bad side. I thought refusing to stand up to the President would lead to an authoritarian state. Instead, it’s led to a situation where thousands of people may die because no one could convince the President of the United States to order more cotton swabs (no seriously: In San Francisco, they have plenty of tests now. What they don’t have are swabs.) They knew it was coming, and they ignored it, while Democrats — like Chris Murphy — tried in vain to get them to listen. This is from February 5th.

Notably, no request for ANY emergency funding, which is a big mistake. Local health systems need supplies, training, screening staff etc. And they need it now.

Imagine the situation we might be in — even without the Pandemic team that Trump disbanded — if he’d just taken the threat seriously 2 months ago and ordered some f**king masks, gloves, swabs, and tests. Trump could have saved the economy trillions of dollars in losses in exchange for half a billion in supplies.