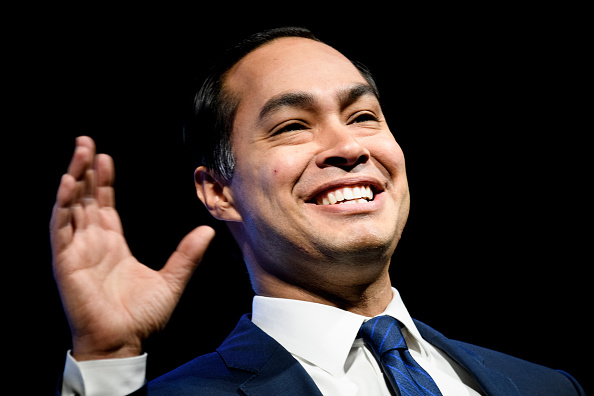 There Is No Better Time Than Right Now to Vote for the Right Candidate, Instead of the 'Electable' One

Jay Inslee, a fierce advocate for environmental reform, has dropped out of the Democratic primary. Honestly, of all the old white dues, Inslee was my favorite. I didn’t necessarily want him to win, but his message was important, and I do hope that the other Democrats incorporate it into their platforms — most already have. Climate change is not an issue that attracts a lot of votes. Talking about the environment does not score a lot of points in debates. But it’s the most important issue facing not just the United States but the world. As Inslee wrote to his supporters in withdrawing, he did accomplish some of his goals through his candidacy:

“In recent presidential cycles, climate change got little attention from the candidates, the DNC, or the media. We vowed to change that in a big way and succeeded. Many of the campaigns started with little attention to climate, but since our campaign began, we’ve seen almost every serious candidate put out a climate plan; we’ve seen climate come up in both debates; and we now have two networks hosting nationally-televised climate forums in September.”

In fact, this morning, Bernie released a $16.3 trillion plan to avert “climate catastrophe.” From The Washington Post:

His plan calls for reaching 100 percent renewable energy for electricity and transportation by 2030 and “complete decarbonization” by 2050. He pledges to declare climate change a national emergency if elected president, calling it an “existential threat.”

Not to make Inslee’s decision to drop out about Elizabeth Warren, but my god, she is classy. This is how you do it, folks:

Thank you @JayInslee for fighting every day to make sure that climate change remains a primary focus of this election. Climate change is real and it's a crisis—and I will keep fighting alongside you to take bold action before it is too late.

Meanwhile, John Hickenlooper — who dropped out last week — has announced his candidacy for Senate.

John Hickenlooper announces his bid for U.S. Senate: "I know changing Washington is hard, but I want to give it a shot." pic.twitter.com/4Nv733OuAS

It’s all happening roughly according to plan. We’re down to ten candidates now who have qualified for the debates on September 12th, after Julián Castro qualified two days ago. He joins Joe Biden, Cory Booker, Pete Buttigieg, Kamala Harris, Amy Klobuchar, Beto O’Rourke, Bernie Sanders, Elizabeth Warren, and Andrew Yang. There’s one more week to qualify, but there are two more potential qualifiers: Tom Steyer and Tulsi Gabbard. Both have met the 130,000 donors requirement, but Tom Steyer needs only one more qualifying poll where he gets at least 2 percent of the support to qualify, while Gabbard needs two. If either one of them qualify, the debate will be split up into two nights.

Whoever wins that nomination will have to take on Donald Trump who, according to the latest Gallup poll, currently has a 36 percent approval rating (while 62 percent disapprove). That’s real bad, and given the erratic nature of the President — who in one day, referred to himself as “The King of Israel,” and “the chosen one” — those numbers are not likely to improve, especially if the economy dips, as most economists predict. In his nearly three years in office, Trump has never risen above 42 percent. Obama never fell below 40 percent in his eight years as President.

Meanwhile, Joe Biden released a campaign ad yesterday touting his … polls against Donald Trump. He is essentially running on electability. That’s his pitch: “I think that for the first time in my career, the person viewed as who is best capable of defeating this president rises above the test of, ‘I have to agree with the person 100 percent,’” Joe Biden argued yesterday. That’s some pitch, Joe.

Joe Biden can beat Trump, probably resoundingly, and there are a number of voters who are saying that, if it were any other President besides Trump, they might look at other candidates. We should be looking at that the other way around. President Trump is the reason we should be looking at other candidates. He’s got a 36 percent approval rating right now. Nearly any good, qualified candidate who is well-liked could theoretically beat Donald Trump right now. Ninety-five percent of Democrats say that they will vote for a jar of mustard over Donald Trump, but why vote for a jar of mustard when you could vote for Elizabeth Warren or Kamala Harris or Cory Booker of Mayor Pete or Castro or even Bernie and still probably win. The President is losing it — he just created tension with a longtime ally, Denmark, because Denmark wouldn’t sell him Greenland. He called Denmark’s female prime minister “nasty,” because she would not give up a piece of land three times the size of Texas. You think Trump’s gonna get better?

There is no better time than right now than to vote your conscience.


← Why Brad Pitt Is Estranged from Son Is Unclear, But It Doesn't Speak Well To Pitt's Parenting | Review: 'Vita and Virginia' Starring Gemma Arterton and Elizabeth Debicki →