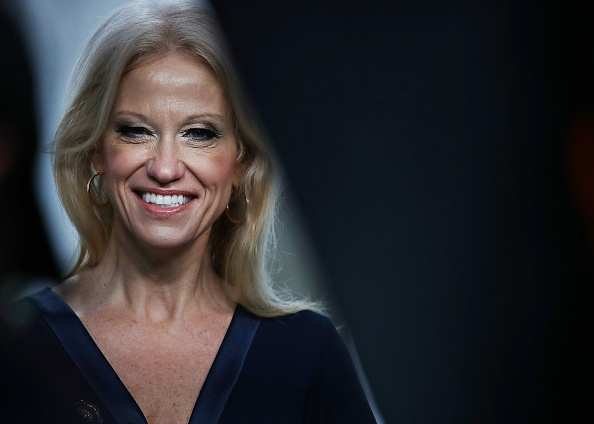 The Unraveling of George and Kellyanne Conway's Marriage in 5 Tweets

I’ll let the tweets speak for themselves:

This was at a mega church.

Listen to the crowd roaring after he says Kung Flu, which has been a part of the racist repertoire that has led to violence against Asian Americans. Sad he keeps saying it. Sadder that so-called Christians support it.

McEnany is defending Trump’s use of “Kung Flu”, a phrase that not too long ago Kellyanne Conway called deeply offensive when the accusation was made that someone anonymously in the WH had used it.

Kellyanne Conway defends Trump's use of ‘kung flu,’ months after calling term ‘highly offensive’. Just as a reminder, her kids are half-Asian. https://t.co/uj1J7YxhcE via @politico

People with consciences should contemplate this as @realDonaldTrump further psychologically decompensates and descends, in desperation, more deeply into the moral gutter in the coming months. It’s never too late to say and do the right thing.

I am no fan of George Conway, but this is kind of heartbreaking. Given the choice between her husband and Trump, Kellyanne Conway choose to defend racism.

← Maggie Haberman Is Right about Joe Biden, But It's Completely Beside the Point | '6 Months Left to Avoid Climate-Based Civilizational Collapse' →