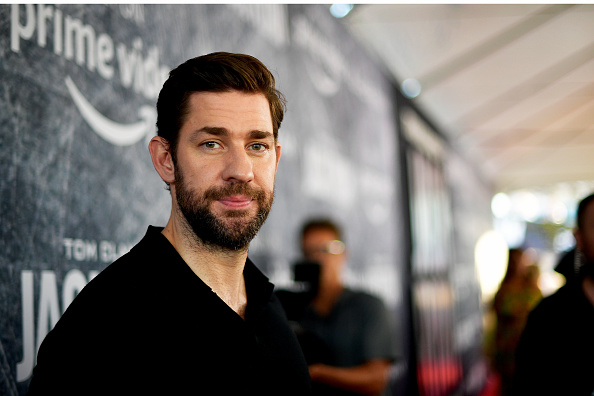 It was a blip that lasted only a couple of hours on Twitter, but a few weeks back, social media suddenly and violently turned on Garth Brooks, which I thought — at the time — was a bit unfair. Brooks, along with nine other celebrities, had been singled out by the Trump Administration as one of the few celebrities who met the criteria for the White House’s $250 million COVID-19 ad campaign, which funneled money from the CDC and tried to recruit celebs to lift the nation’s spirits.

The campaign wasn’t supposed to be political, but HHS Assistant Secretary for Public Affairs Michael Caputo — currently on leave after a huge public meltdown and a subsequent cancer diagnosis — nevertheless tried to use the campaign to reinforce messages supportive of Donald Trump’s reelection effort.

The reason that it was unfair that social media turned on Garth Brooks — who has been raising money for COVID relief and holding virtual concerts with his wife, Trisha Yearwood — is that Brooks was being considered by the Trump Administration, but there was absolutely no evidence to suggest that Brooks had ever accepted or even entertained the offer. In fact, Brooks — in the past — had declined to play at Trump’s inauguration, he has expressed a lot of fondness for Obama, and he’s the rare liberal-ish figure in the country-music world.

Who knows how much that burst of social media hate a few weeks ago will stick to Garth Brooks, but we now have a clearer understanding of the story. The COVID-19 ad campaign was designed to “defeat despair and hope,” and the White House created a list of 273 celebrities they were initially considering for the campaign. Eventually, they ruled out 263 who had either expressed anti-Trump sentiment or were pro-gay marriage (?) or had otherwise expressed support for Hillary Clinton or other Democrats.

Among those who were rejected were Zach Galifianakis, because he refused to have Trump on Two Ferns; Ariana Grande for showing support for Bernie Sanders; Issa Rae because she “expresses political statements through fashion in her show ‘Insecure’ regarding police brutality on black people”; Martin Sheen because he “has been arrested 66 times for protesting and acts of civil disobedience”; Judd Apatow because he “believes Trump does not have the intellectual capacity to run as President; Billie Eilish because she thinks Trump is “destroying our country and everything we care about”; and Armie Hammer, who was arrested in 2011 for marijuana possession, which is one of the most interesting things about Armie Hammer. Notably, their notes did suggest that John Krasinski harbored “conservative views.”

In the end, however, the Trump administration narrowed their list down to only 10 acceptable celebrities: Billy Ray Cyrus, Dwyane Wade, Dr. Oz, Garth Brooks, Enrique Iglesias, Miranda Lambert, Marc Anthony, CeCe Winans, Shulem Lemmer, and Dennis Quaid. Of those only three accepted — Quaid, CeCe Winans, and an unknown third — and both Quaid and Winans pulled out of the campaign after social media attacked them for enabling Trump (for their part, both Quaid and Winans insisted that the ad campaign was apolitical).

Meanwhile, the ad campaign itself fell apart after Congressional Democrats began snooping, and Caputo started raving about buying guns and an upcoming civil war and took a leave of absence. Just another day in the Trump era.