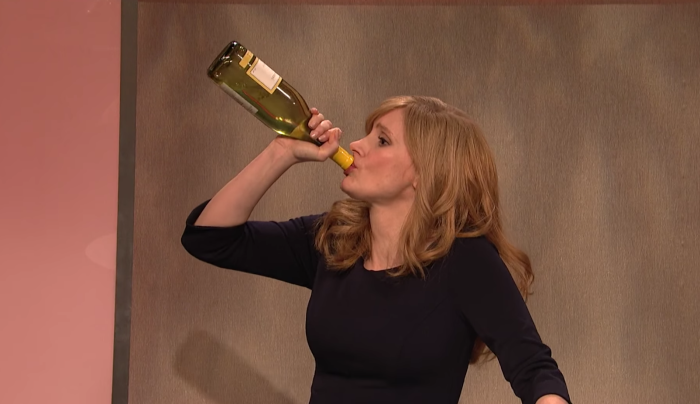 The Times Obtained Trump's Taxes. Here's What We Learned

The New York Times managed to get ahold of years of Donald Trump’s tax returns, including returns for his first two years in office, and the biggest question I have, honestly, is how? Did Eric have a crisis of conscience and leak them to the Times? Ivanka? Did Trump release them to obscure some bigger, more horrible news? Is this how Trump is going to take the focus away from the coronavirus?

Ultimately, it’s not going to move the needle any more than The Rock endorsing Biden/Harris, which is to say: A few votes may change, but in a race where the Democrats need to win by millions of votes to avoid a long, protracted election night that extends into December, every vote counts. Moreover, there are only 36 days until the election, and this will be just one more in which Trump is playing defense instead of offense (and with the Times set to release several more articles about Trump’s taxes, there could be a number more of these days).

Again, folks in the media shouldn’t be asking whether this story will move Trump voters. Since Trump is significantly behind Biden, the question is will this new info make it harder for Trump to change the mind of a portion of current Biden voters.

So, what exactly did the Times report and Trump’s tax records reveal about the man?

— He only paid $750 in federal taxes in 2016 and 2017, which is to say: He paid Stormy Daniels 173 times what he paid the federal government. Trump will argue that he’s just being smart by using the tax laws to his advantage, but Biden is already making hay with this effective spot:

— Trump is broke. He is, indeed, under audit, but that’s because there’s a dispute over the legitimacy of a $72.9 million tax refund, and if the IRS wins, Trump will owe $100 million. Additionally, he has $300 million in outstanding loans that would be due during his second term, and his bank account has dried up. He used all the money he earned from The Apprentice and sunk it into money-losing golf courses. He lost $47 million in 2018, and his golf courses are costing him tens of millions of dollars every year. No wonder he always stays at his own golf courses when he travels — he’s using the federal government to prop up his own finances.

— He earns millions of dollars in countries run by dictators, and also pays considerably more taxes in other countries than he does in the United States.

This may be the most damaging graph.

— I know it’s a dumb thing to fixate upon, but Twitter went wild yesterday with the revelation that Donald Trump spent $70,000 on hairstylists on The Apprentice. It’s one more piece of evidence illustrating that Donald Trump is not like the rest of us. He spends more on his hair than a lot of those teachers and firefighters earn in a year.

In the United States, teachers can only deduct up to $250 a year of the money they personally spend on school supplies, despite the average spend being more than double that. Meanwhile, Trump deducted over $70,000 in hair styling costs.

— This may be the real reason that Trump doesn’t want a peaceful transfer of power, and that is significant, too. When push comes to shove, and if Trump refuses to give up the office despite losing, it will be harder to convince others to back a coup when they all know it’s so that Trump can avoid prosecution (on the other hand, dollars to donuts says that Trump attempts to negotiate a pardon in exchange for the office).

Trump knew something we didn't when he started balking at the peaceful transfer of power. If he loses the election, he faces federal and state prosecution for bank fraud, tax fraud, wire fraud, and mail fraud, as does his entire family. No OLC memo will spare him. https://t.co/vhyAelqTjc

I know there’s probably a lot of cynicism about whether this will matter, but I’ll say this much: It sure won’t hurt.


← The Rock Endorses Joe Biden and Kamala Harris | John Oliver: 'If Things Seem Hopeless Right Now, It's Because They Are' →