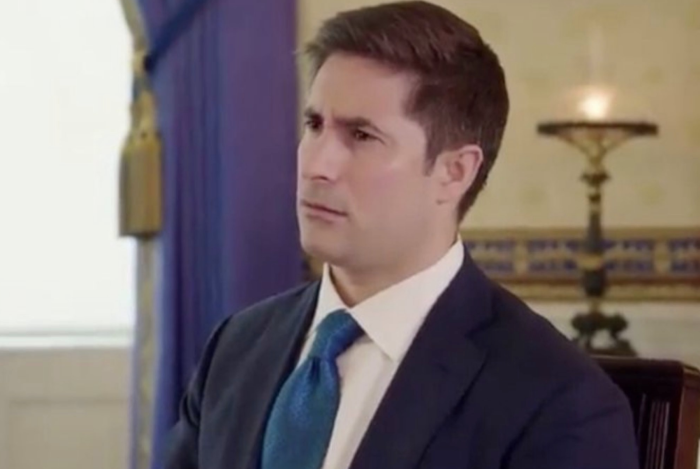 The Stupidity on Display in Trump's Latest Interview is Staggering

Before we even get started on anything else, just watch this. Just watch it. For the love of God!


Now, go back and watch it again, but this time, place a plastic cup beneath your right ear, and after the clip is over, check to see how much of your brain has leaked out into the cup?


If you can’t bring yourself to watch it, Trump basically says that we are “lower than the world” in “deaths as a proportion of cases” instead as a proportion of the population. I mean … Jonathan Swan’s reaction to the idiocy dribbling out of Trump’s mouth has appropriately been turned into a meme:

When my wife shows me the monthly credit card statement and it just has Target purchases for 3 straight pages. pic.twitter.com/a6wjhEJzux

Somehow, it gets worse. When asked why he wished Ghislaine Maxwell well, Trump repeats doubles down, goes into conspiracies about Epstein, and when told that Maxwell was indicted for sex trafficking, Trump says, “Big deal.”

“You know, there are those that say you can test too much, you do know that.”

Finally, what are Trump’s thoughts on John Lewis? Basically, “he was a good civil rights leader, but there were a bunch of them,” and also, screw him because “he didn’t go to my inauguration.”

How do you think history will remember John Lewis?

Trump to @jonathanvswan: "I don't know…I don't know John Lewis. He chose not to come to my inauguration."

There is another notable thing about this interview (and the Chris Wallace one on Fox News a couple of weeks ago) that a lot of folks are rightfully mentioning this morning, which is this: Where were these interviews four years ago? Or during the last four years? A lot of folks are blaming the press for not pushing Trump harder, and they are absolutely right to, although I will note that Trump has rarely made himself available to anyone outside of Fox & Friends, so there haven’t been that many opportunities. Everyone is right, however, in that reporters who do receive those rare opportunities rarely fact-check or ask follow ups or react with confusion the way that Swan does out of fears of losing access, which most of them lost anyway.

Anyway, I wish this interview mattered.