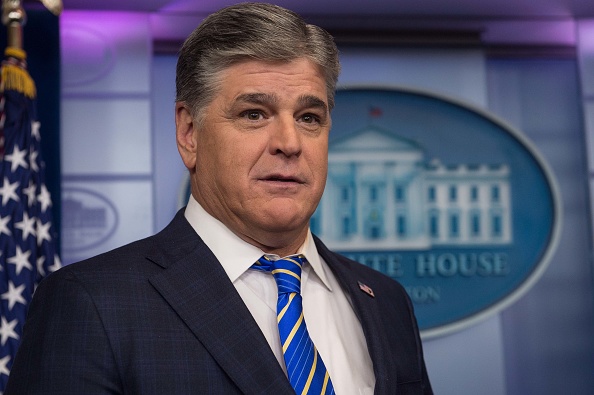 Yahoo has pinpointed the origins of the Seth Rich conspiracy, which was heavily touted by Fox News and Sean Hannity.

In the summer of 2016, Russian intelligence agents secretly planted a fake report claiming that Democratic National Committee staffer Seth Rich was gunned down by a squad of assassins working for Hillary Clinton, giving rise to a notorious conspiracy theory that captivated conservative activists and was later promoted from inside President Trump’s White House, a Yahoo News investigation has found.

Russia’s foreign intelligence service, known as the SVR, first circulated a phony “bulletin” — disguised to read as a real intelligence report —about the alleged murder of the former DNC staffer on July 13, 2016, according to the U.S. federal prosecutor who was in charge of the Rich case.

How the hell Sean Hannity got ZERO known punishment (he should have been fired) for his gross mishandling of the Seth Rich story is maybe the most damning indictment of what a fraud Fox News has become… https://t.co/O4hltTQeJj

Hannity, by the way, also asked Bill O’Reilly to come back to cable on his show last night. Not that any of this will stick to him. After all, we found out a couple of weeks ago that he had a very close texting relationship with Paul Manafort for months and months leading up to Manafort’s trial and conviction, but Fox News remains indifferent because … ratings. Roger Ailes may be gone, but the network still protects its own regardless. It’s steeped in their culture.

— In leaked diplomatic messages, the British Ambassador to America called the Trump administration “inept” and “incompetent,” and a bunch of other things. The ambassador, Kim Darroch, was well-liked within the Trump Administration until the leak (in fact, he helped orchestrate Trump’s trip to England), but Trump has vowed not to deal with him anymore. Nevertheless, the ambassador still has Theresa May’s full support, although she will soon be replaced by someone even worse, Boris Johnson.

— While everyone is over here talking about Jeffrey Epstein, there’s still the matter of Elliot Broidy, a top Trump fundraiser who paid a former Playboy Playmate $1.6 million to keep quiet about their affair and have an abortion. He’s now being probed by federal investigators for trying to influence the Trump administration on behalf of foreign governments. They’re looking into whether Broidy illegally funneled money into Trump’s super PAC or inaugural committee. Just one more bit of corruption and hypocrisy in this Administration.

— Speaking of which, Trump met with Qatar’s ruling emir Sheikh Tamim bin Hamad al-Thani, and he brought a lot of business leaders, including Trump’s old pal Robert Kraft, the New England Patriots owner caught in a prostitution sting operation earlier this year. He sat two seats away from the President. Two feathers of the same bird, and all that.

that’s patriots owner robert kraft (!) at the same table as the president at tonight’s dinner for the emir of qatar pic.twitter.com/iDvKyNR9id

— Attorney General William Barr said yesterday that he believes there is a pathway to adding the citizenship question to the Census, despite a ruling barring it by the Supreme Court. Barr, however, did not offer any specifics. Barr also conceded that DOJ lawyers working on the case quit after Trump inserted himself into the proceedings. Both Trump and Barr are out there telling everyone that the Supreme Court was wrong, which I suppose is their legal basis for trying to insert the question. “Forget checks and balances! We are right, they are wrong!”

— Finally, I leave you with this. I don’t think I can add any more to it than what political scientist Brian Klaas has already tweeted.

The most powerful man in the world has no grasp of reality, peddles absurd lies several times a day, fabricates events and discussions that never happened, claims that he basically invented a branch of forestry that has been around for decades if not centuries, and is unhinged. https://t.co/EyUxZhM0JH


← Twitter Reacts to Canadian Politician Telling Malala Yousafzai She Must Remove Her Headscarf to Teach | Trailer Round Up: 'Judy,' 'Maleficent: Mistress of Evil' and 'Aziz Ansari: Right Now' →