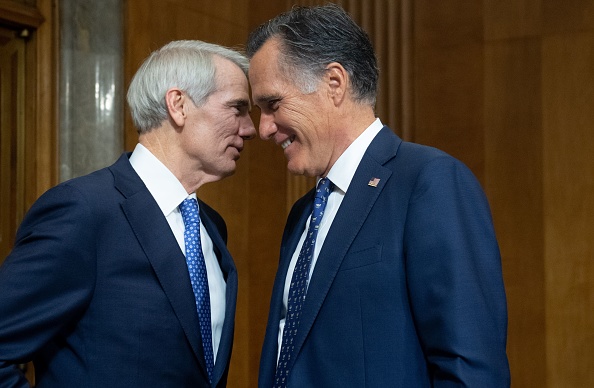 None of what I am about to write is new to any of you. Sometimes it just needs to be repeated and reaffirmed. I am not trying to be provocative by saying it, either. I am not trying to be DailyKos about it, and I will try to maintain as much restraint as I can when I write this, but the conclusion is inescapable: The Republican Party is the party of white supremacy. It has been normalized and laundered through decades of political elections, but at its core, the Republican Party is an organized party designed to maintain power for white people.

There’s no other way to put it.

I have been reading Isabel Wilkerson’s Caste: The Origins of Our Discontent since Inauguration Day, which was probably a poor choice because I have spent the better part of the last week enraged when I should have felt more celebratory. The book starts with how Nazi Germany not only borrowed many of its ideas from the post-Reconstruction American South but in some cases believed that the American South went too far. Can you imagine that? The Nazis, who exterminated 6 million Jews, thought that white Southerners sometimes took their cruelty to Black people too far?

Wilkerson recounts episode after episode to illustrate her point. I am not here to get into that, although, please do read the book. It’s every bit as good as her Pulitzer Prize-winning The Warmth of Other Suns. I am here, however, to specifically reaffirm that the Republican party is the party of white supremacy.

The shift happened, as we all know, when Lyndon B. Johnson signed the Civil Rights Act. He said at the time that the Democrats would lose the American South for a generation. He was wrong, because it’s been much longer than that, and there is no goddamn end in sight. It’s not just the South. Democrats lost the white vote. Since LBJ signed the Civil Rights Act, not one single Democratic Presidential candidate has won the majority of the white vote. Not one. Despite winning 3 million more votes than her opponent, Hillary Clinton won only 36 percent of the white vote. Only 42 percent of white people voted for Biden. On the flip side, do you know how many white people in Mississippi voted for Barack Obama?

Oh, but you might say, it’s because they believe in Republican ideology. Yes! Exactly. That’s my f**king point! The policies of the Republican party are all designed to subordinate BIPOC. Again, I’m not saying anything that’s new to any of you, but it is worth repeating again and again. Why does the Republican party not want a $15 minimum wage? Because a $15 minimum wage would most benefit people of color to the detriment of wealthy white people. Why don’t they want universal health care? Because while it would help lower-income white people, it would proportionally help Black people more. Why do Republicans support private prisons? To put more people of color in prison. Why does the Republican party spend so much money on the military? To subjugate and control people of color around the world. Why do Republicans support lower taxes? To protect the wealth of mostly white people. Hell, I am not a Bernie person, but why do Republicans so ardently oppose the Defund the Police movement? Yeah, you get the picture.

If Republicans cared about Black people, they would make an effort to cater to them politically. But they don’t. There is zero outreach. Instead, year after year and election after election, instead of trying to win over people of color, they put all of their efforts into turning out white voters and suppressing the Black vote.

This is not new to any of you.

Does the Democratic party take Black voters for granted? Yes, absolutely. And it sucks, and we should be a lot better considering the fact that we’d never win another goddamn election without them. I don’t know why the goddamn party doesn’t understand that.

Yes, for the individual politician, it may be about power. But the individual gains that power by appealing to the fears and insecurities of white people terrified of no longer being the dominant caste. Josh Hawley, and Ted Cruz, and Donald Trump want power, but in order to amass that power, they knowingly cater to a specifically white demographic to the detriment of BIPOC.

Democratic policies are popular. Affordable health care, affordable college education, and higher wages. Who the hell doesn’t want that? I grew up dirt fucking poor in the South, and we all would have loved that. You know what else we loved? The social safety net — welfare and food stamps! But for us only, because in the minds of white people, only they deserved it. Only they put in the hours. Only they were entitled to it.

Still, you’d think that the Republican party would wise up and adopt a few of those popular policy positions. Given how closely divided the country is, how many Black votes would the party have to peel off in order to win a national election without the Electoral College? On the other hand, while policies that appeal to BIPOC might also be popular to the GOP base, the party can’t shift for one simple reason: Those policies would also benefit BIPOC. It would put all Americans on a more equal footing, and Republicans don’t want an equal footing because that would mean that white people are no longer in control. It would mean sharing control. It would mean abandoning our dominant position.

And so while there may be a difference in tenor between Rob Portman and Jim Jordan, or between Paul Ryan and Matt Gaetz, or Marjorie Taylor Greene and Mitch McConnell, it ultimately all comes down to the same thing, which is supporting policies that favor white people. That is the entire ballgame, the driving force behind the GOP. If that’s not white supremacy, I don’t know what the hell it is.

Background: Isabel Wilkerson’s Caste: The Origins of Our Discontent

← Review: Denzel Washington Can't Save 'The Little Things' From Disaster | There Won't Be Enough Votes to Convict Trump in an Impeachment Trial →