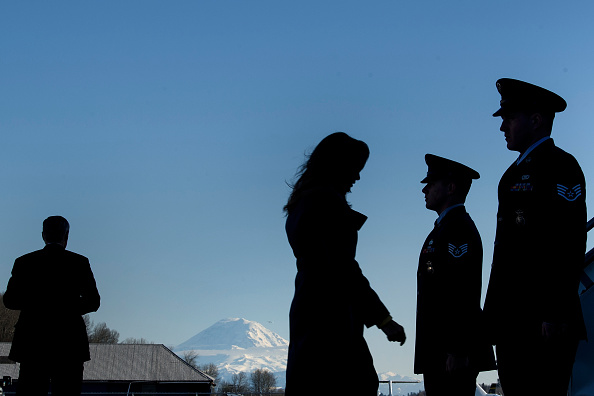 The President Wants You To Know Exactly Who He Is

Good morning. Today is Friday, June 12th. It has been three months and one day since Tom and Rita Day. Remember when you used to cry every other day? Remember when you would wake up and, for the first 10 seconds or so, forget what you were living through until that ball of anxiety returned like a skyscraper landing on your chest? Remember how you were so overwhelmed and crippled by the uncertainty that you could barely function, let alone take care of your kids, do some semblance of your job, and consistently make meals for yourself and your family?

Things have not really improved that much outside of the weather since Tom and Rita Day, but most of you have managed to turn that emotional soup into a paste of sorts — it’s all still there, but you can contain it on most days. Even better? Many of you have activated those emotions and use them as motivation. You might yet one day turn that paste into a bread, but three months into this, I am amazed and impressed with all of you.

Not so much our President, who will hold his first political rally next Friday in Tulsa, Oklahoma, the site of Tulsa race massacre in 1921. The rally falls on Juneteenth because the President wants you to know exactly who he is. He is also making all those who attend the rally sign a waiver agreeing not to sue the campaign if they get Coronavirus because, again, he wants you to know exactly who he is. Who is that, exactly? Richard Marx, the 1980’s king of soft-rock knows:

Donald Trump has no testing or tracing plan. He’s not even talking about Covid-19 anymore. He’s just letting people die. And he doesn’t give a fuck.

And lest you think that holding a rally on Juneteenth in Tulsa is a coincidence, Trump has also moved the Republican National Convention from North Carolina to Jacksonville, FL, where they, too, do not “give a f*ck,” and he will be giving his acceptance speech on August 27th.

Speaking of the convention, the GOP has lazily rolled over its 2016 platform into its 2020 platform and failed to update some language, so that sections aimed at President Obama now appear as though they are targeting the current President:

“The current Administration has exceeded its constitutional authority, brazenly and flagrantly violated the separation of powers, sought to divide America into groups and turn citizen against citizen.”

“Our most urgent task as a Party is to restore the American people’s faith in their government by electing a president who will enforce duly enacted laws, honor constitutional limits on executive authority, and return credibility to the Oval Office.”

Meanwhile, there is a lot going on in this interview between Trump and Harris Faulkner on Fox News, where Faulkner challenges the President on his looting tweet:

Trump trying to explain what he thinks "when the looting starts, the shooting starts" means to Harris Faulkner is … something. pic.twitter.com/iFPlQmRizo

What is this defense? That it’s not racist because Frank Rizzo — a racist police officer turned mayor — said it? Police brutality ran rampant under Rizzo. How is this in any way a defense? “That one racist may have said it, but I remember it better from that other racist.”

Moving on: John Bolton — who was too cowardly to testify against Trump when it would have mattered (during his impeachment hearing) is coming out with a book about his time in the White House. The White House is apparently terrified of the book, because Bolton took notes on everything. The book will also outline President Trump’s misconduct with a number of other nations, which, again, would have been good information to have during the impeachment hearing.

Another book will come out next week about the First Lady, Melania Trump. The revelations, so far, have not been that surprising, save for the fact that she apparently stayed behind in New York when Trump moved to the White House after the inauguration to leverage herself into a better prenuptial agreement. Otherwise, the book apparently paints a picture of Melania that suggests that she is very much like her husband — nakedly ambitious, racist, prizes loyalty over expertise, a serial liar, and dumb as hair.

If you are wondering how things are going with North Korea these days, here is your answer: “North Korea on Friday said that two years of diplomacy with President Trump had “faded away into a dark nightmare,” and vowed to increase its nuclear weapons capabilities.”

We’ll end here with a little levity. After Donald Trump freaked out about the CNN poll showing that he was down by 14 points, OAN — the ass-kissing, pro-Trump network that is always trying to get the President to watch it (with a lot of success) — promised and touted a more favorable poll for the President. OAN then posted their poll, suggesting that their poll told a much different story than the CNN poll. However, their poll focused only on Florida, where it showed a 50-50 tie between Trump and Biden, where 53 percent of decided voters were backing Biden, while the 47 percent of voters who still hadn’t definitely made up their mind supported Trump, meaning that even in a tie, Biden had a stronger base of support. Moreover, the poll itself used leading questions. OAN soon deleted the report from their websites, as well as the tweet touting the poll.


← Miss Independent, Kelly Clarkson, Files for Divorce | Oh Shut Up, Snowflakes: No One Is Coming for Your 'Paw Patrol' →