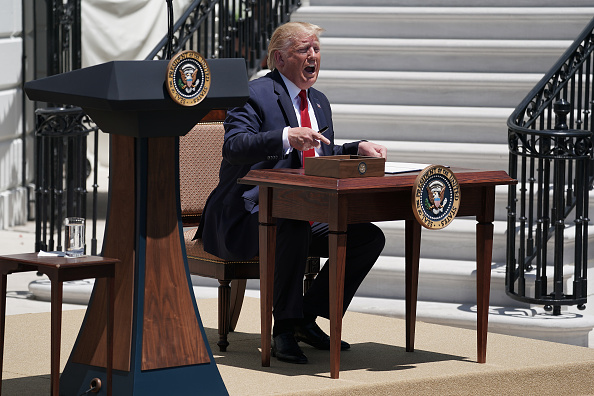 Three million people filed unemployment claims last week. 1.5 million unemployment claims were expected. 695,000 weekly claims was the previous record. Next week may well be worse. We have 70,000 tested cases of Coronavirus in the United States, and likely tens and tens of thousands more. 1,000 have died so far. Congress just put the United States $2 trillion more into debt to offer a short-term salve to workers and companies. We still don’t know how long this will go on. People in the United States and across the world are stuck inside their homes, and they are terrified right now about their present and their uncertain future.

Donald Trump, meanwhile, is trying to stop television stations from airing an ad comprised exclusively of the President’s own words.

Trump refused to take the threat of the coronavirus seriously, now he won’t take responsibility as his administration has been totally unprepared for this crisis. pic.twitter.com/Jdh1GY9HHS

The Trump campaign is trying to bully TV stations into taking our ad down. They are not going to be successful because it is literally Trump in his own words. Let’s make sure as many people as possible see this ad. https://t.co/XgPzHKld4m

Donald Trump is so desperate to keep you from seeing this ad that his campaign sent a cease and desist letter to television stations insisting that they not air it, so whatever you do DO NOT share it. pic.twitter.com/HZxMImpHu8

This pandemic was manageable. Donald Trump failed to manage it.