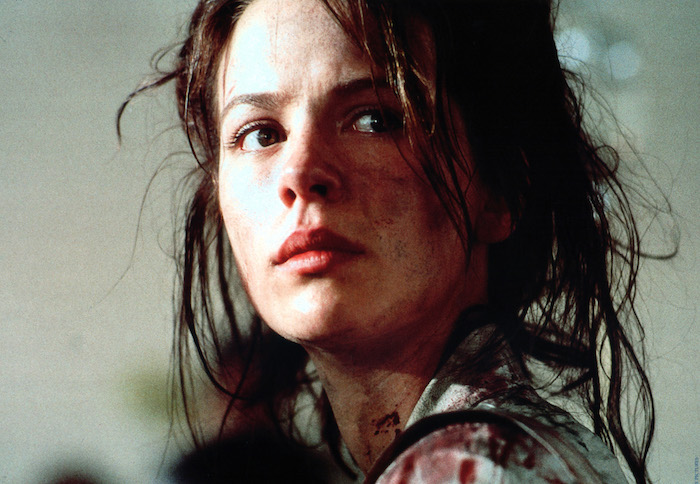 The President Disgraces Himself Again, But This Time It May Actually Matter

In conversations with friends, we often wonder what will happen if the President refuses to cede the office if he loses the election in November. It’s a weird thing to say, but I take a little comfort in knowing that, though Trump has the police, he doesn’t exactly have the support of the military. And the generals? They hate him. A while back, Biden suggested that if Trump refused to leave, the generals would escort him out.

It’ll be a goddamn mess, and bloodthirsty right-wing militias may take to the streets armed to the teeth, but I think Biden is right. The military doesn’t like Trump, and Trump has abused, disrespected, and shat upon military brass long enough that the higher-ups will be happy to see him go. They respected Jim Mattis. They do not respect Donald Trump, because Donald Trump does not respect them. That’s not a great thing for the President of the United States.

A poll taken recently, in fact, showed that Biden held a 41-37 point lead over Trump among military personnel, with 12 percent preferring a third-party candidate. This is a big deal, because the Republicans have owned the military vote for decades. But Trump has frittered that away, and while the military may not love Biden, I think they respect him, and the fact that his two sons were in the military (although, Hunter was discharged after testing positive for cocaine. JFC).

Anyway, this The Atlantic story that came out matters, because it’s going to make it much more difficult for Donald Trump to win over that 12 percent in the military who are saying they will vote third party. According to the piece, Trump declined to visit the Aisne-Marne American Cemetery near Paris in 2018 because it was raining and he didn’t want to get his hair wet. He also said, “Why should I go to that cemetery? It’s filled with losers.” He also referred to the 1,800 Marines who lost their lives as “suckers” for getting killed (Trump, famously, dodged the draft during the Vietnam War owing to “bone spurs.”)

Moreover, after the death of John McCain, Trump “told his senior staff, according to three sources with direct knowledge of this event, ‘We’re not going to support that loser’s funeral,’ and he became furious, according to witnesses, when he saw flags lowered to half-staff. ‘What the fuck are we doing that for? Guy was a fucking loser.’”

The story outlines a few more instances where Trump referred to members of the military as “suckers,” mostly because he didn’t understand why anyone would choose that career path when there was no money in it for them. He even said to John Kelly — at the grave of Kelly’s son, killed in 2010 — “I don’t get it. What was in it for them?”

Trump forcefully denied The Atlantic story on camera and on Twitter last night, though he also denied ever calling John McCain a loser. We all know that’s not true, because saw it with our own eyes. And if he’s going to lie about something we have all seen, he’s obviously willing to lie about that which we have not seen. There’s a kind of desperation, too, in Trump’s denials here, because he knows that this story could not just cost him votes, but make it more difficult for him to remain in office, even after losing an election. The military is not backing his ass here, and we all know who the primary source on the story is, even he chooses to remain anonymous: General John Kelly.

I wish I lived in a country where John Kelly, James Mattis and John Bolton had at least half the balls of Sally Yates, Marie Yovanovitch, Fiona Hill, Reality Winner, Christine Blasey Ford, or Stormy Daniels.

Soledad is right. This is the President panicking, because he’s not trying to win reelection. He’s trying to stay in power, and he’s willing to lie, cheat, and steal to do so. Without the support of the generals, that’s going to be very hard to do, and right now, it looks like he’s losing even more of the military vote.

This article has been published for several hours. Complete silence from the four star generals and admirals. No words of support for the commander in chief. Or any other words for wounded and families of fallen who have read this. https://t.co/IoI2DkJ1xP


← Quarantining Is Not A Prison Sentence, Lili | Britney Spears Calls for Conservator Legal Fight to Be Made Public as She Thanks Fans For Support →