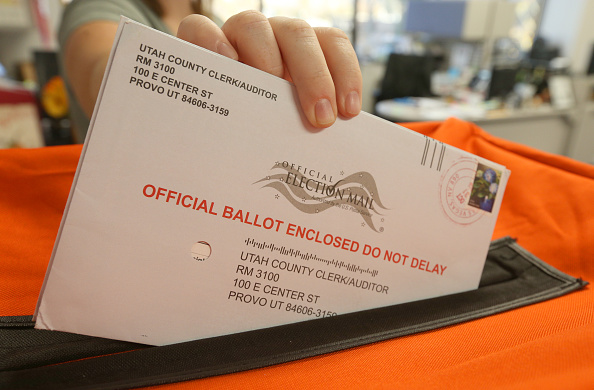 This morning on Fox News, Donald Trump continued to insist that the United States Postal Service could not facilitate mail-in voting this November because he is blocking funding necessary to facilitate it. It’s insane. The man is not only saying the quiet part aloud, he is bragging about it, as funding for the USPS continues to be one of the sticking points in a new stimulus bill.

“[The Democrats] want three and a half billion dollars for something that’ll turn out to be fraudulent — that’s election money basically,” Trump said. “They want $25 billion for the post office. Now, they need that money in order to have the post office work so it can take all of these millions and millions of ballots. Now, in the meantime, they aren’t getting there. But if they don’t get those two items, that means you can’t have universal mail-in voting because they’re not equipped to have it.”

This is not nothing. We have all come to sort of expect the postal service to continue operating as normal, despite Trump’s threats, but honestly, it’s just not the case. The Trump donor who is now the U.S. Postal Inspector has implemented a lot of “cost-cutting measures” lately — like cutting overtime, and insisting that letter carriers do not wait for incoming mail — that make it far more difficult for the USPS to do its job. A few days ago, here in Maine, 80,000 pieces of mail were held back a day literally because letter carriers were not allowed to wait ten minutes. That mail almost certainly included much-needed paychecks and medications.

The United States Postal Service is removing mail sorting machines from facilities around the country without any official explanation or reason given, Motherboard has learned through interviews with postal workers and union officials.https://t.co/mXrOfzLNr9

Goddamnit, we gotta do something. But what are Democrats doing about it? Nancy Pelosi wrote a goddamn letter.

Read my letter with @RepMaloney and 173 other Representatives: https://t.co/uiXnSMdPUj

I know a lot of us are like, “Well, it hurts Republicans just as bad as Democrats if mail-in balloting is not allowed.” But that’s … not true.

Again, this is precisely what Trump wants: To win on election night based on in-person voting, and then to nullify all the mail-in ballots based on false accusations of fraud. It might just f**king work, too.