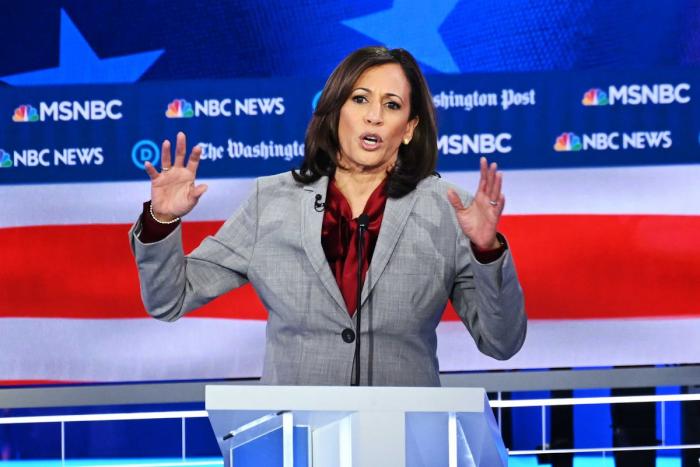 The Five Most Memorable Moments from the November Democratic Debates

The November Democratic Debates were held in Atlanta last night, and for a couple of hours anyway, the media’s focus turned from the impeachment to the Democratic candidates, who spent at least some of their time attacking Trump. It was a low-key debate, not particularly contentious, and the pre-game hype about everyone coming after the frontrunner du jour Pete Buttigieg never really materialized. It was mostly civil (and kind of a snoozer), and the candidates largely stuck to their usual talking points, which is not necessarily a bad thing if you’re one of the four candidates leading the pack and just trying to hold the line through Iowa and New Hampshire.

In fact, most of the night’s biggest moments came from second- and third-tier candidates, who are asking for a second look, and with the polls being as fluid as they have been in recent weeks, some like Kamala and Klobuchar (and maybe even Cory) may get another glance. Then again, this is all moot because it will be forgotten by 10 a.m. this morning if Fiona Hill drops another bombshell in the impeachment hearings.

Here, however, were the most memorable moments from the debate:

Kamala Goes after Trump on Foreign Policy: ‘Trump Got Punked’

Joe Biden sticks his damn foot in it. Again

Joe Biden: "I come out of the Black community…in terms of my support. The only African-American woman who's ever been elected to the U.S Senate."

“Marijuana is already legal for privileged people. The war on drugs is a war on black and brown people” @CoryBooker #DemocraticDebate #DemDebates #DemDebate pic.twitter.com/qOTBZPWbAO

Live footage of Tulsi Gabbard’s final moments in the 2020 election.

(Bonus: Pete also gets a pointed barb in on Tulsi, as well)

Buttigieg calls out Tulsi Gabbard for meeting with Assad: “If your question is experience, let’s also talk about judgment… I have enough judgment that I would not have sat down with a murderous dictator like that” #DemDebate https://t.co/VxP3zVJsE0 pic.twitter.com/ciFY20Ws25

If we were scoring the night’s debate, I’d probably give Kamala the win, Shaky Joe the loss, and Tulsi the Go the F**k Home Award.


← Hunter Biden is Messy. Messy and a New Daddy | This Week on Podjiba: 'The Mandalorian', 'Survivor', Jeff Goldblum, and More! →