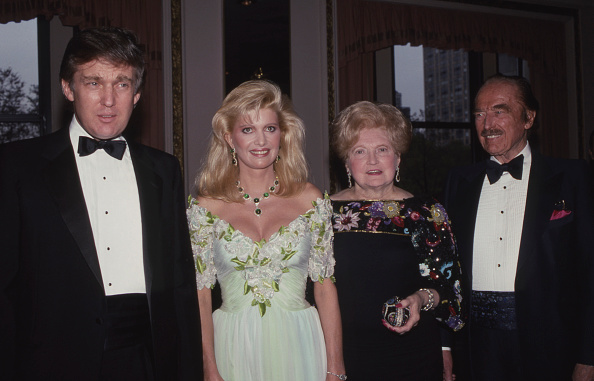 The First Revelations from Mary Trump's Book Are Rolling Out

The Washington Post got its hands on Mary Trump’s book about her uncle, Donald Trump, a book that the White House is still trying to prevent from being published. I don’t want to burst anyone’s bubble here, but so far, what Mary Trump has to say is … not all that surprising. Mary Trump, a clinical psychologist, says that Trump’s fear of his father’s disapproval manifested itself as an inability “to develop and experience the entire spectrum of human emotion.”

Basically, she says that Fred Trump, Sr. treated his eldest son, Freddy (Mary’s father), like complete dog sh*t, and that in an attempt to avoid being treated like his older brother, Donald hid his feelings. “By limiting Donald’s access to his own feelings and rendering many of them unacceptable, Fred perverted his son’s perception of the world and damaged his ability to live in it.” Mary goes on to describe Donald Trump as a “sociopath” whose “personality served his father’s purpose.” But he’s not just a sociopath; he’s also a narcissist.

“Donald’s pathologies are so complex and his behaviors are so often inexplicable” Mary Trump writes, “that coming up with an accurate and comprehensive diagnosis would require a full battery of psychological and neurophysical tests that he’ll never sit for .. he has been so institutionalized for most of his adult life, so there is no way to know how he would thrive, or even survive, on his own in the real world.”

This section probably best explains why Trump is the way Trump is:

Mary wrote that her father had a “natural sense of humor, sense of adventure, and sensitivity,” which he worked hard to hide from the family patriarch.

“Softness was unthinkable in his namesake,” she writes.

“Fred [Sr.] hated it when his oldest son screwed up or failed to intuit what was required of him, but he hated it even more when, after being taken to task, Freddy [Fred Jr.] apologized. ‘Sorry, Dad,’” Mary wrote of the way her grandfather treated her father, known as Freddy. Fred Sr. “would mock him. Fred wanted his oldest son to be a ‘killer.’”

Donald, seven-and-a-half years younger than his brother, “had plenty of time to learn from watching Fred humiliate” his eldest son, Mary Trump wrote.

“The lesson he learned, at its simplest, was that it was wrong to be like Freddy: Fred didn’t respect his oldest son, so neither would Donald.”

Fred Jr., meanwhile, died at the age of 42 from a heart attack that resulted from his alcoholism, and he was no doubt driven to drink by his tormenting father and brother. Not to make light, but the way that Trump has tormented this county over the last four years may also explain the rise in alcohol consumption and alcohol-related deaths. Mary Trump echoes that, writing that Trump “now threatens the world’s health, economic security, and social fabric.” Moreover, the night that Fred Jr. checked himself in the hospital, where he died of a heart attack, no one else in the family went with him.

Donald went to a movie.

Update: The Times, meanwhile, also got a copy, and reveal that Trump paid someone to take the SATs for him, resulting in his admission to Wharton.


← Halle Berry Learned Nothing From Scarlett Johansson, But Something From Backlash | No, 'Hamilton' Will Not Win The Oscar For Best Picture →