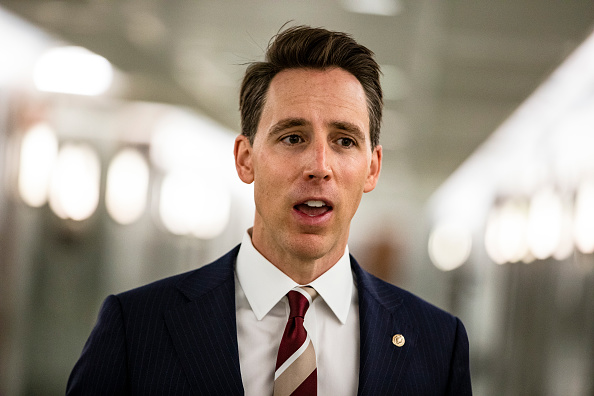 Sen. Josh Hawley Knows He Can't Strip Disney of Its Copyrights, But That's Not the Point

Missouri Senator Josh Hawley, who is positioning himself for a Presidential run that he cannot win, introduced a bill on Tuesday that would strip Disney of its copyrights. The retroactive provision of the bill would only apply to any entertainment company with a market capitalization above $150 billion, which is to say: Disney.

It is blatantly unconstitutional, it will never pass, and even if it somehow did, it’d be immediately struck down by the courts. Josh Hawley, who graduated from Yale Law School and clerked for a 10th Circuit judge, knows that. He does not care because that is not the point. The point is to go after Disney for being “woke,” even though Disney is about as “woke” as a stoner halfway into his ounce bag. Hawley wants to drum up voter support by out-doing other Republicans (namely Ron DeSantis) who are also going after America’s favorite vacation destination.

In doing so, Hawley, DeSantis, and other Republicans have also managed to back Democrats into siding with the likes of Disney, because we live in a binary society where we apparently all have to take sides. This is exactly what they want.

Please don’t do that because, see: Disney is bad. Disney is a massive corporation with $196 billion in market capitalization that owns half of Hollywood and recoils if a character in one of its properties even looks at someone of the same sex romantically. The fact that Republicans are attacking Disney does not make it good! It pays its amusement park workers crap; it snuffs out creativity; it disguises its profit motives beneath a sheen of family friendliness. The only reason why it still maintains most of those copyrights is that its lobbyist pressured Congress to extend them, and not to the benefit of any author but to the benefit of Disney’s shareholders and Disney’s shareholders alone.

Disney is bad, but instead of siding with Disney against the Republicans, Democrats should also go after Disney for … constitutionally valid and legally legitimate reasons! If you actually want to do something about Disney, use workers’ rights protections or anti-monopoly laws or go after them for human rights violations in the factories that produce their merchandise. Meanwhile, if you go after Hawley for trying to pass a clearly unconstitutional law, well, I guess that just makes you a friend of the corporation.