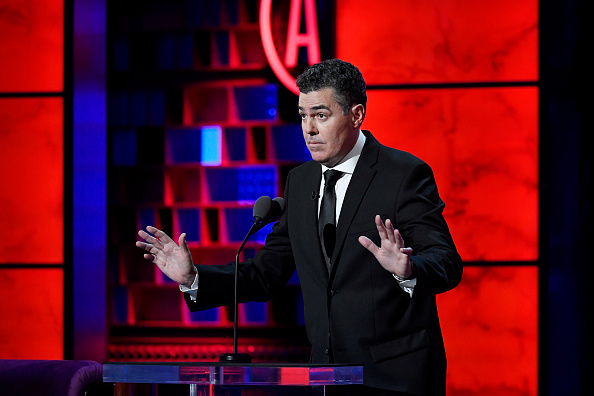 I mentioned this in passing the other day, but now that this QAnon conspiracy has not only taken off but has been co-opted by the President (in a tweet that Twitter has since deleted), it’s worth revisiting. This QAnon conspiracy has gone mainstream, so mainstream that Adam goddamn Corolla is now peddling it. Their theory is that because 94 percent of those who have died of Covid-19 had underlying conditions, thus the virus really isn’t all that dangerous, because only 6 percent have died of Covid-19 alone.

when you're really just one of the dumbest motherfuckers alive. https://t.co/zlyexC6y5e

I was called a conspiracy theorist in March for calling out the FAKE covid numbers:

Sooo… 6%- slightly over 9200 of the deaths are actual covid deaths. The rest had 2-3 comorbidities leading to death. After the DOJ began an investigation into the CDC, the numbers were quietly changed.
They thought we wouldnt notice.#6percent https://t.co/OjJOU0zv4N

"For 6% of the deaths, COVID-19 was the only cause mentioned" which means 94% percent of people did not die directly from COVID, which would bring the real deaths from COVID at 9683. pic.twitter.com/OiH3T207Nd

Honest to God, the hardest thing about being an American right now is not just the lack of education, but the willful ignorance. Obviously, we could see it coming after Trump was elected and the backlash against college swole exponentially. Wealthy and powerful people want to keep the masses dumb, because it’s easier to manipulate them. It is insane how high-ranking idiots have twisted this statistic in such a way as to suggest that 183,000 deaths were no big deal, that we got played, that they would have died anyway.

It’s a morally repulsive argument. Sixty percent of Americans have at least one chronic condition (diabetes, obesity, high blood pressure, etc.). Most of the people who had these conditions and died from Covid-19 would have been fine were it not for a Covid-19 infection. Moreover, a lot of those comorbidities are created by the virus itself. Respiratory failure, for instance, counts as a comorbidity, as does sepsis, two conditions created by a coronavirus infection.

People are so desperate right now to justify Donald Trump’s failure to handle the pandemic that they are willing to ignore and/or minimize 183,000 deaths and an untold number of people who will have lifelong complications owed to the coronavirus, not to mention debilitating medical bills for many who survived.

That’s what Trumpers are doing right now with this dumbass 6 percent theory. They’re telling you that 170,000 deaths didn’t count because those people were old or had hypertension or were overweight. That is unconscionable.