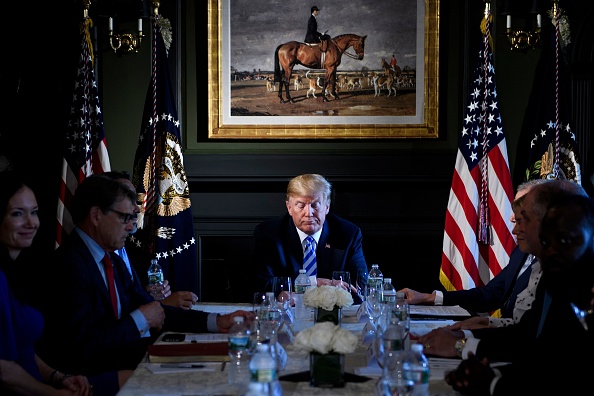 I opened up my Twitters this morning, and one of the first tweets I saw was this, from yesterday, and I nearly jumped out of my skin. ARE YOU KIDDING ME?

From the party that invented "lock her up" now triggered by Democrats calling for the criminal investigation of Trump an and his family for crimes: https://t.co/Gi4yVbCbRc

There’s nothing disgusting about it, but he’s not wrong. There are three personal priorities I have for the Biden Administration: Get COVID under control, provide some stimulus to give us a bridge to the vaccine, and roll out the vaccine effectively; massive, massive voter reform; and putting Donald Trump and those in his family who have committed criminal wrongdoing in prison. Eighty million people voted for Joe Biden, and they did so with the understanding that we could not only put Donald Trump behind us but that he would suffer consequences that he has not yet truly suffered aside from a humiliating defeat that he is actively trying to undermine.

It’s not January 20th yet, and who knows what will happen between now and then, but we were real f**king close to completely unraveling our democracy and if you ask around half of the 73 million people who voted for Donald Trump, democracy has already unraveled. That’s because, in the mind of 35 million voters, Donald Trump has completely destroyed trust in a surprisingly resilient electoral system. If Trump would have won, Democracy would not have survived another four years. I promise you.

You can’t just lay waste to the federal government — and set landmines for your successor — and then go back to your home in Mar-A-Lago and spend the next four years inciting violence and undermining faith in Democratic institutions from your Twitter account. We will not f**king be ruled by fear of Donald Trump anymore. No. Fucking. Thank. You. He literally needs to have his Twitter account yanked from him on the night of January 20th. And then he needs to be prosecuted. Biden obviously should not direct those prosecutions, because the Democrats should not play the same game that Trump and Bill Barr have been engaged with over the last four years. Going after your political enemies is a dangerous game. But Biden should appoint an Attorney General who firmly believes in the one truism that can bring so many of us together right now, and that is: “F**k Your Unity.”

Do not appoint Doug Jones as the AG. Appoint someone like Preet Bharara, or pull in Letitia James from the AG’s office in New York. There are plenty of charges for which to indict Trump, and it would be helpful to bring in someone who has some familiarity with those charges, and maybe even a history with Donald Trump. Now, if the GOP has 52 seats in the Senate, you might believe they might object to someone like Preet Bharara — a former federal prosecutor who served as the United States Attorney for the Southern District of New York whom Trump fired because he was thought to be “the nation’s most aggressive and outspoken prosecutors of public corruption and Wall Street crime” — but trust that a couple (Romney, Collins) will flip, and that the rest of the Republican Senate will pretend to be aghast while secretly hoping that Trump is imprisoned so that they don’t have to deal with his bullsh*t any longer, either. Nobody except Matt Gaetz and some grifters on OAN want that motherf**ker around anymore.

The point is: This is not about revenge (mostly) or spite (mostly), it’s actually about re-establishing the “rule of law” that Trump has cited so frequently over the last four years. It’s about letting future candidates know that, if you try to turn the United States into a banana republic again, you will go to jail. Donald Trump should die, in disgrace, in prison for the things that he has done to the United States, for the neglect, for the abuse, and for the destruction. Joe Biden should not direct that, but he should definitely stand out of the f**king way and let it happen.