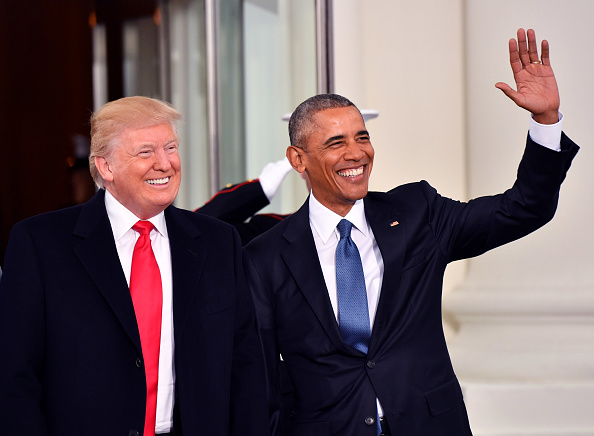 Yesterday, I read Chimamanda Ngozi Adichie’s NYTimes review of Part I of President Obama’s memoir. It’s a very insightful review. In the book, Obama describes Biden as “a decent, honest, loyal man who Obama senses ‘might get prickly if he thought he wasn’t given his due — a quality that might flare up when dealing with a much younger boss.’” He described Sarah Palin as someone who had “no idea what the hell she was talking about,” and on Mitch McConnell, he had this to say: “What Mitch McConnell ‘lacked in charisma or interest in policy he more than made up for in discipline, shrewdness and shamelessness — all of which he employed in the single-minded and dispassionate pursuit of power.’”

McConnell would no doubt take that as a compliment.

There was another passage that’s either been edited out or was mobile-only, and it’s a little thing, but I found it interesting. In the passage, Obama says that he regrets that he declined to put his signature on those stimulus checks the federal government sent out early on in his first term, believing that the American people would understand where the check was coming from and appropriately credit the President.

Meanwhile, I was listening to the Reply/All podcast this morning, and they were talking to people about how they felt about Biden’s victory. A Black guy who was happy about Biden’s victory also spoke about the number of his Black male friends at his barbershop who voted for Trump, anyway. Why? Because they remembered that check Donald Trump sent them. Likewise, a lot of South Texas Latinos voted for Trump instead of the Democrats this year because they appreciated getting that stimulus check with Trump’s signature on it.

Some said they had adored President Obama but didn’t know much about Mr. Biden. For better or worse, these voters said, they felt they knew Mr. Trump. Others said they appreciated getting a pandemic stimulus check bearing Mr. Trump’s signature, which showed he cared about them

I thought it was super crass that Trump put his names on those checks probably for the same reasons that Obama was reluctant to put his signature on those checks, but I didn’t realize how important branding can be. It’s such a simple thing, but it’s also something that people who don’t spend their lives on Twitter will remember when elections come around. For better or worse, there is one thing that Trump has always been good at: Branding.

Speaking of elections, the race in Arizona was called for Biden yesterday. There will be no recount. It is over. Importantly, it also means that Biden has enough Electoral Votes without either Georgia or Pennsylvania to win the election. It’s more than over now.

This election was not close.

His popular vote lead is 5 million-plus and growing.

He defeated a sitting president - the first challenger to do so in 28 years. https://t.co/kosPor6c5q

… by Election Day, he understood that losing was inevitable. He accepted, even if he had no plans to concede, that his presidency was over.

Nevertheless, in the residence, surrounded by senior advisers and family, he was furious. About everything. He was angry things weren’t going his way. He was angry Fox had called Arizona for Biden. He was angry that Biden had gone out on TV first. Everyone was offering him different ideas about what to say to the nation, to fight or to be measured or to say this or that, contradicting each other as the president grew angrier and angrier, throwing up one hand to silence people as he reviewed notes in the other. He was unhappy with the notes. He was unhappy with everything. And then he went out and ignored everybody who had tried to help.

The Las Vegas Review-Journal, the newspaper owned by one of Trump’s biggest donors, Sheldon Adelson, is also telling Trump to call it quits and admit he lost.

One downside to Trump losing, alas, is that he and the rest of the federal government have just stopped governing in the middle of the worst pandemic in a century while it is worsening.

The president is AWOL under fire: he's abandoned any pretense of working to help protect Americans from an accelerating threat. Republicans in Congress are silent as he nurses grievances & spin fantasies but ignores the mounting toll. As Bob Dole would say: where's the outrage? https://t.co/43lQbjU0dU

We haven’t heard from President Trump in person in over a week and he hasn’t taken questions from reporters since the day of the election. It’s highly unusual for him to stay away from cameras for this long.

← Scott Baio Is a Bootlicking Weirdo | Is Phoebe Bridgers's Cover Of The Goo Goo Dolls' 'Iris' Better Than The Original? →