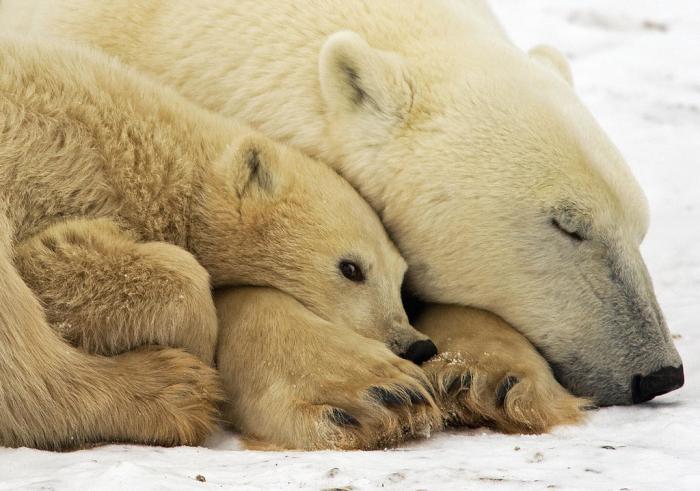 One More Time, with Feeling: The Cruelty is the Point

My kid was watching The Simpsons this morning, and he asks, “Did Trump make it legal to kill hibernating bears?” And I was like, “Where’d you hear that?” And he says, The Simpsons, and I say, “I don’t think so. That must be a joke. I mean, Trump might be that evil, but there’s no way hunters are that evil? All the hunters I’ve ever known were at least sportsmanlike” and my kid says, “I don’t know. The Simpsons is usually based on real stuff,” and I say, “I mean, maybe. But that’s got to be an exaggeration.”

My kid looked it up. It’s the opposite of exaggeration. It’s worse than suggested on The Simpsons. Hunters can, indeed, kill bears and wolves, including baby bears and wolf cubs in their dens, while they are asleep while using the aid of artificial light. They can also use motorboats and go out and kill caribou while they are swimming.

I forget who it was, but someone fairly prominent said the other day that it was incredibly hurtful to be called a racist for simply supporting Donald Trump, which reminded me of that guy a few months ago on The Daily who said, “I ain’t racist. I watch baseball, and there are a lot of Blacks in baseball.” I mean, come on: It takes an insanely, tone-deaf, ignorant person to look at Donald Trump’s policies, his words, and his actions, and to think that he’s not racist. How can you say that? Likewise, how can you say you don’t support the execution of baby animals in their sleep if you support a man who makes those actions legal? That is some serial killer business, and exactly what we mean when we say, “The cruelty is the point.”

All of which makes the response of Trump — and his supporters — to what happened in Texas this weekend make total sense.

A ‘Trump Train’ ambushed a Biden-Harris campaign bus on the the road between campaign events in Texas — and true to form, Trump tweeted his praise pic.twitter.com/T1bw1AAFcP

Supporting the execution of swimming caribou tracks with a police officer like this who laughs at the danger the Trump caravan put the Biden bus in.

This is a San Antonio police officer (who met Trump in 2016) driving and commenting on this video, and laughing and doing nothing. The police officer thinks this is “the funniest thing he’s ever seen.”

Meanwhile, while the FBI is investigating, Trump is egging his supporters on.

In my opinion, these patriots did nothing wrong. Instead, the FBI & Justice should be investigating the terrorists, anarchists, and agitators of ANTIFA, who run around burning down our Democrat run cities and hurting our people! https://t.co/of6Lna3HMU

Separating kids from their parents and putting them in cages. Encouraging police violence. Encouraging violence against journalists. Forcing asylum seekers to live for a year or more in squalor on the other side of the border while waiting for their court cases. Mocking military personnel as “losers” and “suckers.” Making fun of the disabled. Killing hibernating baby cubs.

The cruelty is the point. It’s always been the point, and for entirely too many Trump supporters, it’s never been about policies or visions for the future, because Trump has no defining policies or visions for a future. He doesn’t even have a second-term agenda. His entire agenda is being cruel to those who don’t support him, to the delight of his supporters. He is Biff Tannen, and his supporters are Match, Skinhead, and 3-D.


← Trump Left Another Crowd Out in the Cold, This Time in the Battleground State of PA (Smart!) | How Celebrities Celebrated Halloween 2020 →