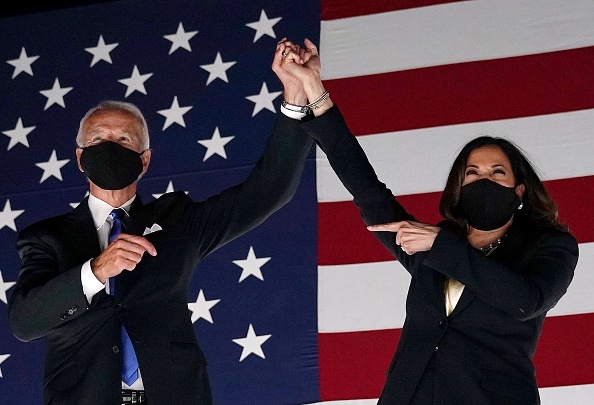 On the Eve of the Election, A Little Hope in the Numbers

During the early days of the pandemic, as I mentioned several times here, I tried to find comfort and assert control over the situation by obsessively tracking stats, looking to the numbers for little signs of hope. I searched within those numbers for signs that things were improving, or that the disease wasn’t as lethal as it sounded. For the most part, it didn’t do any damn good — 230,000 people have died, so far — but it helped me get through the early days, and I was at least able to convince myself that the death of myself and my family was not imminent.

Like many of you, I’m doing it again, only now I’m obsessed with polling, with early voting numbers, and with turnout percentages. I’m even returning to Nate Silver’s 538 again, knowing full well that I’m bound to get burnt. Right now, Nate Silver says that Biden has a 90 percent chance of winning. HA! Does anyone believe that? Does Nate Silver even believe that?

I wish I could take any comfort in that. I cannot. The biggest reason why is this: People keep telling us that Biden has all these “paths” to victory, but that Donald Trump’s paths are limited. I don’t get that. Putting aside all the suppression efforts and legal challenges, Trump doesn’t even have to do as well as he did in 2016 to win in the Electoral College. In 2016, we all said it came down to 80,000 votes in Wisconsin, Michigan, and Pennsylvania. That’s not even true: Hillary could have won Michigan and Wisconsin and she’d have still lost to Trump by a margin of 44,000 votes in Pennsylvania.

In other words, Biden could pick up Michigan and Wisconsin, and he would still lose to Trump if Trump wins Pennsylvania. In fact, all Trump has to do is hold the states he won in 2016 plus win ONE of those three states: Michigan, Wisconsin, or Pennsylvania, and he will be reelected. How in God’s name does Biden have a 90 percent chance when Trump can lose 2 states he won in 2016 and still win?

I’m not making you feel any better, am I?

OK, well, here’s some more hopeful news. In 2016, Hillary lost Michigan by a mere 11,000 votes, despite being up in the polls by 4.2 points. However, polls showed that libertarian Gary Johnson had 6 percent of the vote. Three percent of those Gary Johnson voters broke for Trump on election day, and Hillary fell short of her polling average by 1 percent, allowing Trump to take a slim victory.

This year, Biden is up by 8 points, which is twice Hillary’s margin, there’s no credible third-party threat to siphon off votes, and polls better account for Trump voters than in 2016. Nate Silver gives Biden a 95 percent chance of winning Michigan, compared to the 78 percent chance he gave Hillary. I feel good about Michigan.

And then there’s Pennsylvania. Ugh. In 2016, Hillary had a 3.7 point advantage, with 4.6 percent going to Gary Johnson. She lost by 44,000 votes and Gary Johnson won 146,000 votes (in all of these scenarios, I think of Gary Johnson’s votes less as votes for Johnson and more as anti-Hillary votes, which is to say: Gary Johnson voters f**ked us in 2016). Alas, Biden’s advantage is only 5 points (just 1.3 percentage points better than Hillary) in PA, but again, there is no Gary Johnson and Biden tops 50 percent in the polls.

Biden is looking good but not great in PA. I think of it like this: Take Biden’s polling advantage, and subtract four points to account for polling errors and voter suppression. In that scenario, Biden still wins Michigan, Wisconsin, and Pennsylvania and the Presidency. For Biden to lose, polls would have to be way MORE wrong than they were in 2016 AND account for the lack of a significant third-party candidate.

But let’s say that Trump gets tens of thousands of mail-in votes in Pennsylvania tossed. Or that we won’t know the results of Pennsylvania for a few days. Biden doesn’t actually have to win Pennsylvania to win the election. In fact, he can lose Pennsylvania and as long as he carries Michigan and Wisconsin, he only needs to win Florida (Biden 2.3) OR North Carolina (Biden 1.8) OR Georgia (Biden 1.3), OR Arizona (Biden 2.9) AND the Maine second district (Biden 3.2).

The problem is, Biden is not up by 4 points in any of those states, which is why Trump is pinning all his hopes on Pennsylvania. He’s banking on polling errors because he knows if he loses Florida, North Carolina, Georgia, OR Arizona — all states where Biden is leading — that he has no shot in hell.

If Trump wins all of those, it will come down to Pennsylvania, where he’s down by 5 points. That’s where the legal challenges come in. However, based on the 6 million votes registered in 2016, if the polls are right, Trump will have to get 300,000 Democratic votes tossed to account for the 5-point differential, and of course, you can’t just toss purely Democratic votes without also tossing some Republican votes along with them. That means that, if the polls are right, and based on the numbers from 2016, Trump would basically have to toss out half of the votes in all of Philadelphia to overcome Biden’s expected margin, and then also overcome polling deficits in Florida, North Carlina, Georgia, Arizona, and the Maine 2nd district.

Is this possible? Absolutely! Is it likely? Not very. That’s why Nate Silver has Biden with a 90 percent chance of winning. But let me tell you this: Biden’s 90 percent chance of winning does not play well in the media the day before the election. No one is going to be glued to the news and clicking on posts that say, “More likely than not, Biden is going to win this election.” Do you know what we do click on? Headlines that say, “Trump says he will declare victory before all the votes are counted,” or, “Trump says he will send in lawyers on election night” or “Trump will not concede” or “Trump refuses to respect the will of the voter.” All of those things are true, and we have every reason to be concerned and/or worried about tomorrow night — and I am bloody terrified — but the odds of Trump winning are not great. It’s just that we may have to wait until Thursday or Friday and deal with days of uncertainty before we know. In the meantime, the media is going to play up all of these alarming possibilities no matter how remote they are, because they hate us.