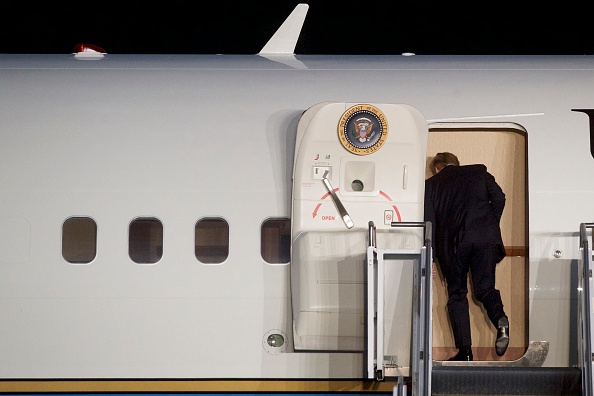 Nothing About Donald Trump's Hospital Visit Adds Up

I have been harping on President’s unscheduled, surprise visit to Walter Reed Medical Center for a couple of days now, and there’s a good reason for it: Because I want to. Because if the President is sick, we need to know. Because we didn’t accept it when President Bartlet hid from the public that he suffered from relapsing-remitting multiple sclerosis because it was a big deal. Because when Hillary Clinton had a bout of pneumonia, Trump and a million Russian bots treated her as though she were at death’s door, and the mainstream media played right into it.

So, anyway, the White House released a statement about the President’s hospital visit this weekend.

Memorandum from the President’s Physician pic.twitter.com/yzkjqCBBHc

Oh, cool. That clears everything up! Thanks!

Oh, wait. It was a “planned” check-up, but it wasn’t scheduled? And it was an “interim checkup”? Because the President said it was “phase one” of a physical a couple of days ago. Also, why did a “routine” checkup take place in the hospital? Because the President usually has his physicals in the White House? And if it was phase one of a physical, how does it make sense to have “phase two” six months later when the results of “phase one” would be outdated by then?

Here’s the President on Saturday being rushed into a motorcade for an interim checkup.

POTUS health. WH says Saturday trip to hospital was “routine” & he’s “fine” despite break from past practices. Here is glimpse of Pres Trump and what appears to be WH physician Sean Conley getting into motorcade. Watch. (h/t @WinstonNBC) pic.twitter.com/8ZynFF2ytQ

That is a brisk walk. Has Donald Trump ever walked briskly before?

Look: If Trump hadn’t spent the last three years lying his fool face-off, we might give him the benefit of the doubt on this cockamamie story. But he lies about everything and nothing about this visit adds up.

Finally, I’m embarrassed by how many MAGAs are earnestly sharing this on social media.

@realDonaldTrump His Xray's were released, and just as we already knew Superman Man of Steel
Trump Strong 2020 🇺🇲🇺🇲🇺🇲 pic.twitter.com/czyiLXXaJS