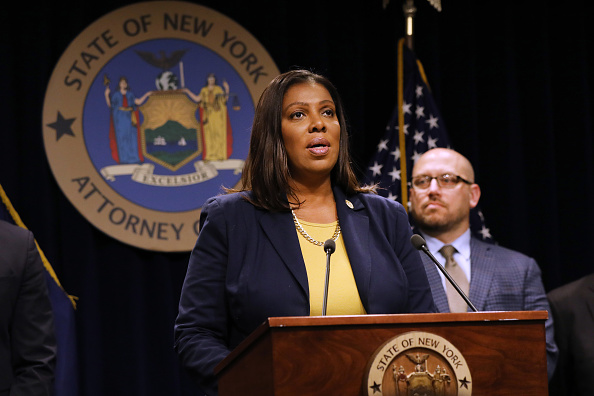 New York’s Attorney General, Letitia James, has taken action to dissolve the National Rifle Association. In a press conference this morning, James outlined multiple, multiple instances of fraud and corruption within the organization, including acts of tax fraud, millions of dollars in self-dealing, and diversions of tens of millions of dollars from the NRA to four individuals. A year-and-a-half investigation concluded the organization was “fraught with fraud and abuse.” There are 18 causes of action being levied against the organization.

James is not only dissolving the NRA, but acting to remove Executive Vice President Wayne LaPierre, general counsel John Frazer, former CFO Woody Phillips, and former chief of staff Joshua Powell from the organization and compel them to pay restitution. James accuses them of misusing charitable funds for personal gain, awarding contracts to friends and family members, and providing contracts to former employees to ensure loyalty. “The NRA was serving as a personal piggy bank to these four defendants.” The four defendants, who “looted the assets of the NRA,” caused $64 million in losses.

Under New York law, James has the authority to dissolve nonprofits for failing to abide by nonprofit laws.

“Today, we send a loud and clear message that no one is above the law, not even the NRA, one of the most powerful organizations in the country.” James also said that it is an ongoing investigation, and while this action is civil in nature, she hasn’t ruled out referring criminal charges to the Manhattan D.A. or to the I.R.S.

The NRA will undoubtedly contest its dissolution.

(Asked about current investigations against Trump, James declined to comment)