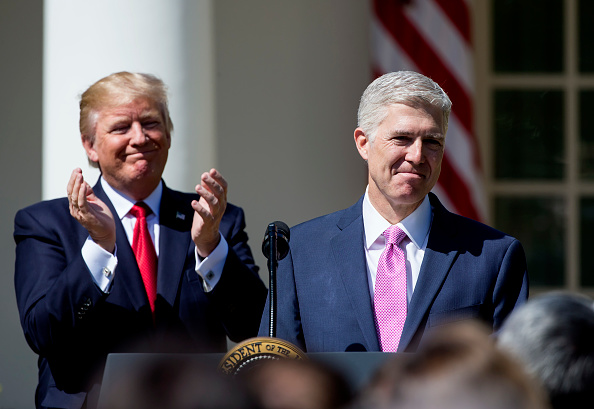 Firing an employee for being gay or trans is illegal under Title VII of the Civil Rights Act of 1964. Period. That’s the conclusion that the progressive stalwart … Neil Gorsuch(?!) (a Trump appointee) arrived at in his majority opinion today on the case Bostock v Clayton Cty, GA. What does it mean? It means that the LGBTQ community has the same employment rights as everyone else, and can sue for employment discrimination. That’s it. There’s more we could write about this, but the tl;dr really is as simple as the fact that employment discrimination laws protect LGBTQ employees along with everyone else now. That should not even be controversial, and the fact that Samuel Alito, Clarence Thomas, and Brett Kavanaugh dissented shows you how incredibly backward they are.


Brett Kavanaugh and Clarence Thomas were two of the three dissenters on the SCOTUS decision to protect LGBTQIA rights, because misogyny and sexual violence are deeply, inextricably linked with transphobia and homophobia and you cannot fight one without fighting all four


Also, as someone on Twitter said, it also makes a Trump appointee better on trans rights than J.K. Rowling.

The decision comes three days after the Trump administration removed protections that prohibit discrimination in health care against transgender patients. It is unclear (to me, at least) whether today’s decision will affect that movie, which was announced on the four-year anniversary of a shooting at the Pulse nightclub in Florida.

In other news, the Supreme Court also delivered another defeat to ICE and the Trump administration.

This is a win for all communities, particularly communities of color, and keeps us all safer.

← Black Lives Matter Protests Are Ongoing Thanks To Teens, Moms, And Drag Queens | Remember Quibi? Two Months On From Its Launch, The Streaming Service Is Struggling Hard →