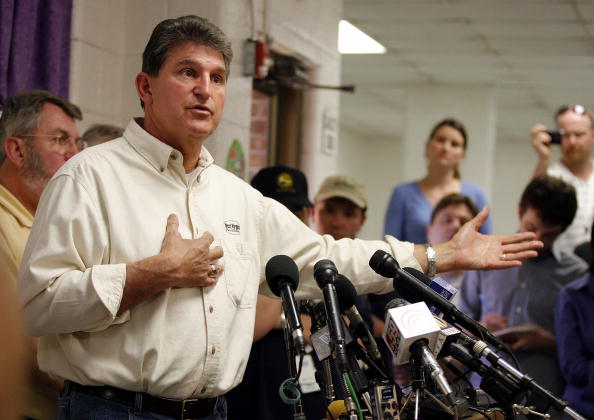 Good morning. The Senate parliamentarian ruled yesterday that a provision to raise the minimum wage to $15 had to be taken out of the stimulus bill, which has angered a number of Democrats, who believe we should use our majority to get rid of the filibuster and tell the Senate parliamentarian to f**k off. I would love to see the Senate get rid of the filibuster. I would love to see the Senate tell the parliamentarian to f**k off. It’s not going to happen with Joe Manchin and Krysten Sinema, and we can’t vote out Joe Manchin and Krysten Sinema (who have 4 years left in their terms) because the alternative to Manchin and Sinema in a blood-red state and a barely purple state is a Republican, and probably not a moderate one, either. We’re stuck with Manchin, and Manchin is also the best we can ever hope to get from West Virginia. Neither Manchin nor Sinema want to get rid of the filibuster, and Manchin at least doesn’t want a $15 minimum wage, anyway, and so the livelihood of millions and millions of people are left on the shoulders of that guy, who basically shrugs them off.

The House is still gonna pass it on their end, but it’s dead in the Senate, and unless Biden can muster 60 votes to override the filibuster, minimum wage laws will continue to be left up to the states. The federal minimum wage continues to sit at an absurd, unconscionable $7.25 an hour, the same as it has been since 2009.

I would note that the minimum wage in my city of Portland, Maine right now is $18 an hour (because of the pandemic), the highest in the nation. We’ve seen maybe a handful of businesses either shut down or take a break. We’ve seen higher prices passed on to consumers. But the city did not fall. We did not sink under the weight of it, and we are not NYC or even Boston. We’re a small city in a small state, and we are surviving the $18 minimum wage and perhaps even thriving with it, and thousands of people are doing much better during a very difficult time. You want to win again in 2024, Manchin? Give thousands and thousands of West Virginians double their f**king wages. That’s a genie the GOP can’t put back in the bottle, and I gaurandamntee you that your constituents will appreciate you for it.

It’s also worth noting that, though Manchin will likely be the decisive vote on a number of Biden priorities, he shouldn’t be, because the Democrats represent 56.5 of the nation to the GOP’s 43.5 percent, and yet the minority continues to dominate. Democrats have represented the majority of Americans continuously since 1996. 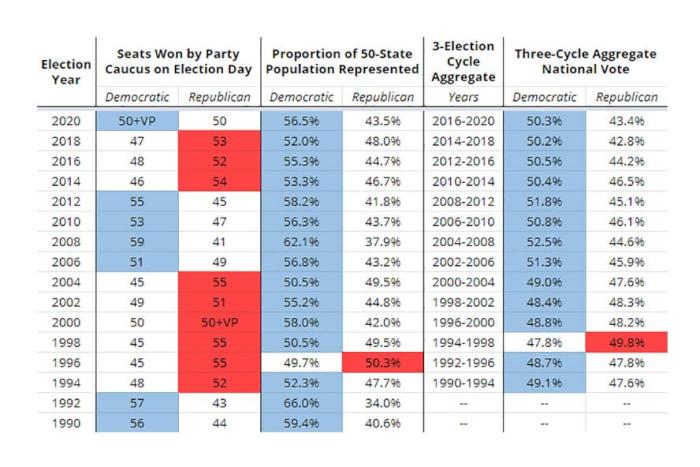 The $1.9 trillion stimulus bill will be voted on in the House today and is expected to pass before it goes on to the Senate. In the House, however, they are also trying to revive earmarks, although it’s unclear to me if they will be part of the stimulus deal or part of future legislation. Earmarks were tossed in 2011 because of scandals on both sides of the aisle, but Democrats are thinking about bringing them back because they might provide an opportunity to gain some support from Republicans (earmarks, or pejoratively “pork,” allow Congresspeople to attach provisions to bills that will benefit their districts and/or states).

The House also passed The Equality Act yesterday, which enshrines LGBTQ protections in the nation’s labor and civil rights laws. Currently, only 21 states have explicit laws barring discrimination based on sexual orientation in employment, housing and public accommodations, and only 20 states have such protections for gender identity. The Equality Act is a top priority of the Biden Administration, but — again — it faces an uphill battle in the Senate, probably because of Joe Manchin (it did get three GOP votes in the House). If you want to know how great this bill is, you only need to know that Marjorie Taylor Greene was railing against it (in ways that do not serve anyone to highlight). Meanwhile, MTG has a Democratic opponent in 2022 lined up in her district, Holly McCormack, and while I’d love to see her win, I can’t imagine any Democrat winning in a district where MTG is the Congressperson. A “not crazy” Republican might be the ceiling for us there.

Speaking of the Equality Act, it is worth highlighting the ugly transphobic bigotry spewed by Rand Paul during his questioning of Rachel Levine, Biden nominee for an assistant health secretary position, a position that would make her the highest-ranking openly transgender official in government history. Paul attempted to draw a connection between transition-related surgery in teenagers and genital mutilation. From the Washington Post:

“For most of our history, we have believed that minors don’t have full rights and that parents need to be involved,” Paul said at the Senate Health, Education, Labor and Pensions committee hearing. “We should be outraged that someone’s talking to a 3-year-old about changing their sex.”

Levine — whose confirmation hearing was held in tandem with that for Vivek H. Murthy, Biden’s choice for surgeon general — sidestepped Paul’s specific points and responded in general terms.

“Transgender medicine is a very complex and nuanced field with robust research and standards of care that have been developed,” Levine said, promising to discuss the issue further with Paul if confirmed.

A number of Democratic Senators, including Patty Murray, took Paul to task. “It is really critical to me that our nominees be treated with respect and that our questions focus on their qualifications and the work ahead of us, rather than on ideological and harmful misrepresentations like those we heard from Senator Paul earlier,” Murray said.

In Covid news, the numbers are flattening, and it’s too early to say, but they may be moving back up as predicted by epidemiologists who said that the variants — particularly the UK variant — would drive numbers back up in March (the weekly average is notched back up to 68,0000 from a low of 64,000 earlier this week). We gotta get those vaccines out ASAP. Johnson & Johnson should be approved this weekend, which will help, and there is growing science that suggests delaying the second Pfizer and Moderna shots in order to give more people protection from the first shot. I do not hate this plan, particularly as we move to categories of folks who are less high risk. Sure, get the nursing home residents and the 65+ their second shots on time, but healthy people in their 20s until their 50s could maybe wait another month or two before they get their second shot, since one shot is 80 percent effective at preventing severe disease and hospitalization, which is almost as effective as Johnson & Johnson’s one shot, which is 85 percent effective at preventing severe disease.

— Former Speaker of the House, John Boehner, is going off-script while narrating the audiobook of his new memoir, injecting a lot of profanities, like, “Oh, and Ted Cruz, go f**k yourself.” He’s narrating his audiobook with a glass of wine in hand.

— Finally, I leave you with this WTFery.

Oh this is so very on brand for cpac
pic.twitter.com/iW7K4Xgxsm