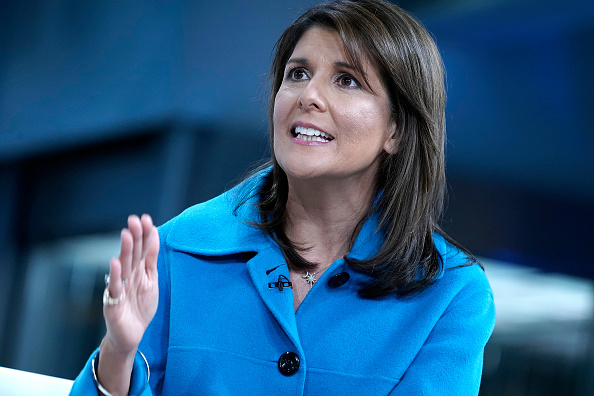 Good morning. Let’s get on with it, OK?

— Today is the fourth day of the Trump impeachment trial. This will serve as your open thread. Today, Donald Trump’s “legal team” will shit its pants present its defense. Bruce Castor, the guy who embarrassed himself on Tuesday, will do a lot of the presenting, even though those close to Trump have called upon him to fire Castor.

The defense is expected to last about four hours, and that will be it. The Republicans want to get through this as quickly as possible because the media and the House managers are kicking their ass. None of the defense is expected to actually defend the former President. Their arguments are expected to focus almost exclusively on process issues: It’s unconstitutional to hold an impeachment trial for a former president; lack of due process; and the trial somehow violated Trump’s First Amendment rights. On the merits, they will argue that the Stop the Steal insurrectionists had been planning these attacks for weeks, and that pipe bombs were planted the night before, so therefore how could Trump have incited the insurrection with his rally speech?

Buddy, the fact that it was premeditated isn’t the defense you think it is. https://t.co/jZejisVOMq

The trial is likely to wrap up tomorrow. The fix, however, is obviously in. Three Republican Senators — Lindsey Graham, Mike Lee, and Ted Cruz — all met with Trump’s defense team yesterday, while as many as 15 GOP Senators didn’t even show up for the first several hours of yesterday’s testimony.

— The toll that the insurrection took on the Capitol is striking. It made a hero out of Eugene Goodman, but this account of the two officers who took their own lives is brutal. Trigger warnings for suicide. If the former President had a conscience, this would weigh on him, but he doesn’t, so it won’t.

— Politico has a very long piece this morning with Nikki Haley, who is expected to run — and potentially be a frontrunner — for the 2024 Presidential nomination. That is, unless Trump gets back in. Haley doesn’t expect it. Here’s the passage from the piece that will be quoted the most:

But what if he does? Or at least, what if he spends the next four years threatening to? Can the Republican Party heal with Trump in the picture?

This was the most certainty I’d heard from any Republican in the aftermath of January 6. And Haley wasn’t done.

— Politico also spoke with Democratic Senator Kyrsten Sinema, who reiterated her insistence that she will not get rid of the filibuster, and also insisted that she would not allow the $15 minimum wage provision into the stimulus bill. It’s the young, cool Senators who wear colorful wigs during votes that surprise you every time!

— Over on the Biden side of things, the President has secured an additional 200 million doses of Pfizer and Moderna vaccine. There will now be enough vaccine by July — 600 million doses — to vaccinate the entire country. It may take a little longer than that, however, to administer all the vaccines. “While scientists did their job in discovering vaccines in record time, my predecessor — I’ll be very blunt about it — did not do his job in getting ready for the massive challenge of vaccinating hundreds of millions,” President Biden said yesterday. “It was a big mess. It’s going to take time to fix, to be blunt with you.”

It’s still two more weeks before the FDA makes a decision on the Johnson and Johnson vaccine, which is not accounted for in the above numbers. However, supplies of that vaccine, so far, are apparently limited.

— Finally, this is kind of interesting, and I don’t exactly oppose it, but for those of you who still spend a lot of time on Facebook, they will be de-emphasizing political content in the weeks to come. It’s unclear exactly what that means, but I will say that some of us who do write a lot about politics have had certain tools and revenue opportunities taken away. I ain’t mad about it.

← Pedro Pascal's Tweets Are Nothing Like Gina Carano's Despite What the Hate-Muppet Says | GALECA Nominations Give Love To 'Birds of Prey,' Dolly Parton, And 'Eurovision Song Contest: The Story of Fire Saga' →