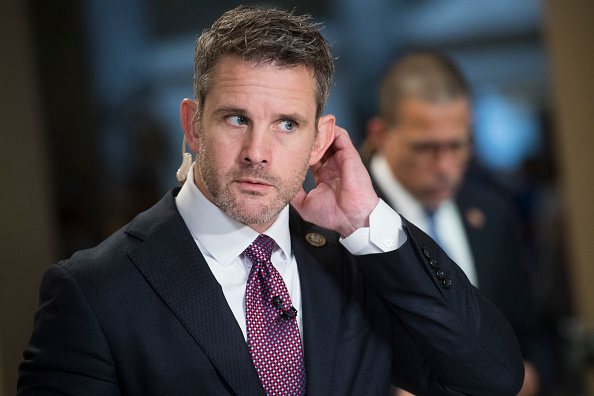 Morning Briefing: As Another Impeachment Trial Looms, The GOP Continues Split Itself Between Bad and Really Bad

There was a lot happening this weekend. However, I appreciate this new era of politics, where everything is not a goddamn four-alarm fire, and so I didn’t feel like I needed to drop everything because someone got himself impeached again.

Speaking of which, I mentioned this in the comments once, but the downside to writing about the previous occupant of the White House over the last 5 years is that a lot of programmatic advertisers don’t like to associate themselves with that man, so often they will blacklist his name, which is to say: If he’s mentioned in an article, then their ads won’t run on that page. So, while everyone was gobbling up the Donny traffic over the last 5 years, they were getting lower ad rates, sometimes significantly so. For us, we could write a trailer post and double the ad rates and therefore make the same revenue with half the traffic. It was worse, still, because the home page — the most visited on the site — was plastered with his name.

I don’t know why I’m mentioning this, except to say that — especially for pop-culture sites that earn better rates writing about pop culture — the era of our previous President wasn’t exactly a license to print money as some (including the former President) have suggested. Interestingly enough, I haven’t really seen a similar ad rate drop associated with Joe Biden’s name, although it’s early yet (and Facebook itself is developing a tool to help advertisers avoid running their ads on pages with bad news).

Anyway, “Number 45’ — which is now how the previous occupant of the White House is characterizing himself because he refuses to refer to himself as an “ex-President” or a “former President” because he believes the election was stolen — lost basically his entire legal team over the weekend, a week before legal briefs were due in his impeachment trial. There’s a couple of reasons for this: 1) his legal team wanted to argue that Congress had no standing to impeach a former President, and Trump wanted to continue arguing The Big Lie (that the election was stolen from him), and also, 2) Trump didn’t see any reason to spend a lot of money on lawyers because the outcome of the impeachment trial has already been determined by 45 Senators. I mean, I hate to say it, but he’s not wrong. He has no reason whatsoever to put up a defense, much less pay for lawyers.

His PAC, by the way, has raised $31.5 million since Election Day, and he has no real reason to spend any of it on this.

Speaking of the former President, we have seen a number of Republicans quit the party since Insurrection Day, and those are now extending to higher-ups. Dozens of former Bush officials have left the party in recent weeks, calling the existing GOP a “cult.” Rep. Adam Kinzinger, meanwhile, is starting his own PAC to challenge his party’s embrace of the former President. He said he started it to “drive conspiracy theorists and racists out of the GOP,’ and man, I don’t know, Representative Kinzinger. I think that ship sailed … in 1964. Kinzinger has been a really solid, strong moderate voice against 45, but also, Kinzinger came in with the wave of Tea Partiers back in 2010, so *shrug*.

Meanwhile, given the number of people leaving the GOP, you’d think it’d be a great time to be associated with the grifters over on The Lincoln Project. In fact, one of its co-founders, Ron Steslow, announced that he is starting his own podcast network, which I guess will be the anti-45 conservative version of Crooked Media.

That announcement yesterday, however, was overshadowed by the announcement that another of the Lincoln Project co-founders (seriously, how many co-founders did it have?), John Weaver, had been accused by multiple people of online sexual harassment. Twenty-one men have spoken out, including a 14-year-old boy.

His solicitations included sending messages to a 14-year-old, asking questions about his body while he was still in high school and then more pointed ones after he turned 18.

Mr. Weaver sent overt sexual solicitations to at least 10 of the men and, in the most explicit messages, offered professional and personal assistance in exchange for sex. He told one man he would “spoil you when we see each other,” according to a message reviewed by The New York Times. “Help you other times. Give advice, counsel, help with bills. You help me … sensually.”

On the other side of the spectrum, Biden’s approval ratings — for whatever it is worth — are pretty good these days, sitting at around 54 percent. He’s got the approval of 90 percent of Democrats, and a 17-point advantage with the previous occupant with Independents, and while 70 percent of Republicans disapprove, 15 percent approve, which is actually not that bad. It is almost impossible to believe, however, that Obama had around a 65 percent approval rating during his first 100 days in office.

Meanwhile, Biden’s political moves have reflected his broad support, in a way. He’s determined to pass his $1.9 trillion stimulus package, which is popular with everyone except actual Republicans in the House and Senate, although he is willing to listen to 10 centrist Republicans who are putting up a $600 million alternative. Do you have to, Joe? Really?

That alternative actually asks that the stimulus package tailor those direct payments to those who need it most, and that’s something that puts a lot of people in the “middle class” in something of a moral bind. I would love another $1,400 check. I would use that $1,400. But I don’t need it. I can pay the rent, and there’s no food insecurity in my home, and I have been conditioned by GOP talking points for so many years that I feel guilty about taking it “from the next generation.” On the other hand, f*ck off! The tax deductions and the billions in bailouts that rich people have gotten is obscene, and we should be gouging them to death in order repay the next generation.

I’ll leave you all with some good news: From September to the end of 2019, the CDC reported 65,000 flu cases. In 2020 over that same period? Only 1,000. If we get our sh*t together, this is the future of COVID. If we get our booster shots every year, and maybe if we wear our masks in public places, we can drive it down to next to nothing. With COVID-19, meanwhile, the numbers haven’t been as low as they are right now since mid-November. Hopefully, we can stay ahead of these variants as more vaccines come on board, and more are produced.